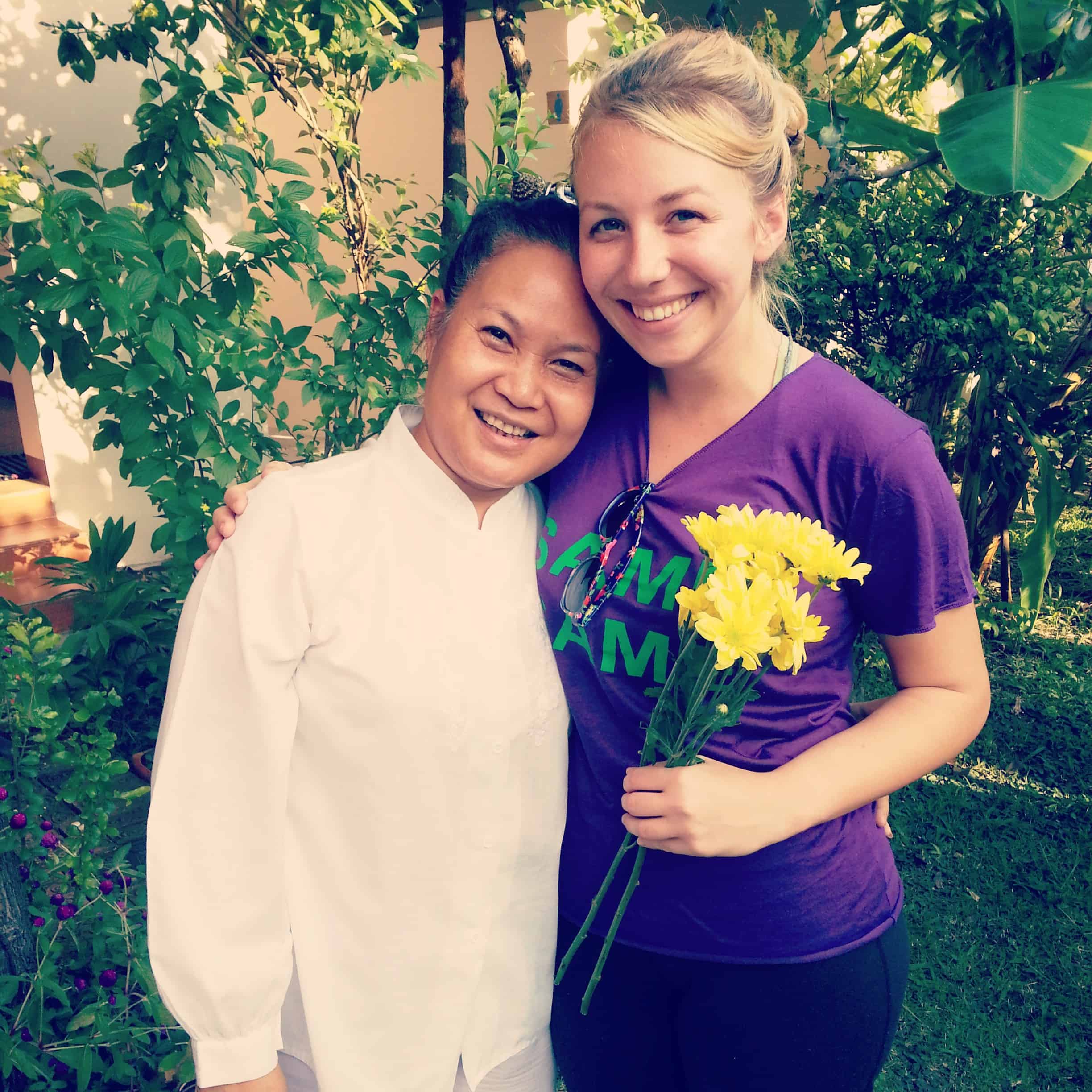 I’m not sure what I was expecting on my first day of massage class, but getting acquainted with the feet of a 40-something-year-old German man named Klaus in the first 30 minutes of class was not top of mind.

Oh, the wonders of travel.

At eight months in, I had finally arrived in South East Asia—a veritable rite-of-passage for anyone on the backpacking scene. After spending a week in southern Thailand, I had made my way up North to Chiang Mai to get schooled in the art of Thai massage. I will say straight up that this was one of the more challenging lessons I sought out on this quest. It was a really intense course—10 days, 60 hours total, and over 100 different stretches and poses and moves that you’re supposed to have memorized in order by the end of it or else you don’t get your accreditation. So like, no pressure. 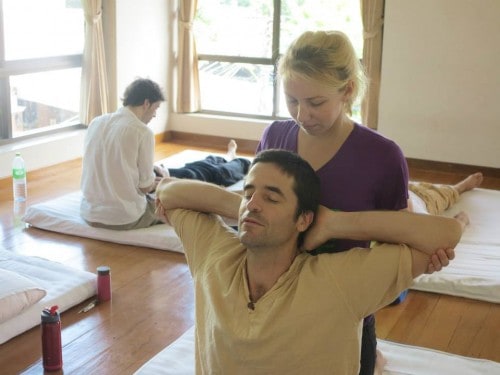 Thai massage is kind of like assistive yoga, which means that some moves can venture on the intimate side, but I guess there’s no better way to get to know your fellow classmates than by rubbing their bellies with peppermint oil (easily the worst part of class) or sitting more or less crotch-to-crotch to get in a good stretch. And besides, they make everyone sign a contract at registration that explicitly states that Thai massage isn’t sexual and to appropriate the art in an attempt to get some action would result in your immediate expulsion from the school.

The yoga-aspect of Thai massage also means that performing the moves can be quite a workout. Our classroom was nicely shaded with no less than three fans going at the same time, but without fail I would be in full on sweatsville by the time I finished stretching out my partner. But then, the sweetest part of massage school is that when you’ve finished working on your partner, it means it’s time for you to get rubbed down. And my rubbed down I mean thumbed and palmed—this business is all about pressure points and energy lines with the occasional stop-blood thrown in for kicks (that is, holding down on a pressure point long enough to cut off the blood flow and then releasing and letting all the blood run back through your feet or legs or wherever in a sort of weirdly warm, internal massage.) 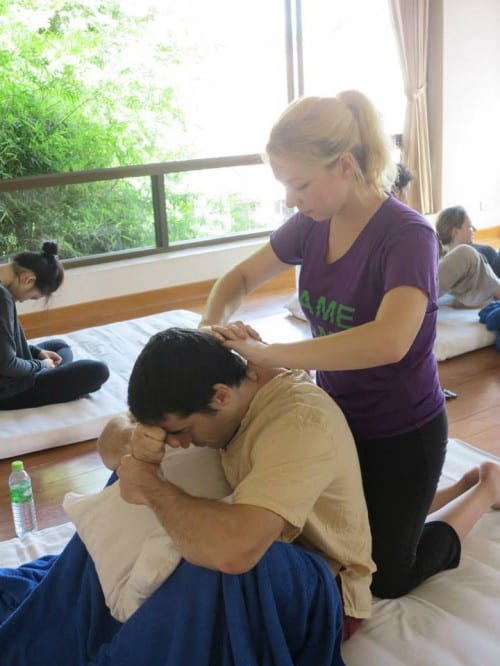 Learning the art also provided us all with a fantastic excuse to go get ridiculously cheap massages by Thai people who actually knew what they were doing under the guise of “research”.

But I have to admit I had a really hard time in the beginning. All my classmates seemed to be coming in with either a background in yoga or some other form of massage, so while they would zip through a series without giving their books a second look, I’d be silently reprimanding myself for being dumb and convincing myself my teacher hated me.

I really should’ve picked up on my learning patterns by now. It’s hard to pick up new skills in the beginning—especially when you’ve never done it before! But despite the self-doubt, frustration, and a bad case of food poisoning the day before our exam, by graduation day I found I was actually able to complete a full body massage by memory. The struggle only made it sweeter.