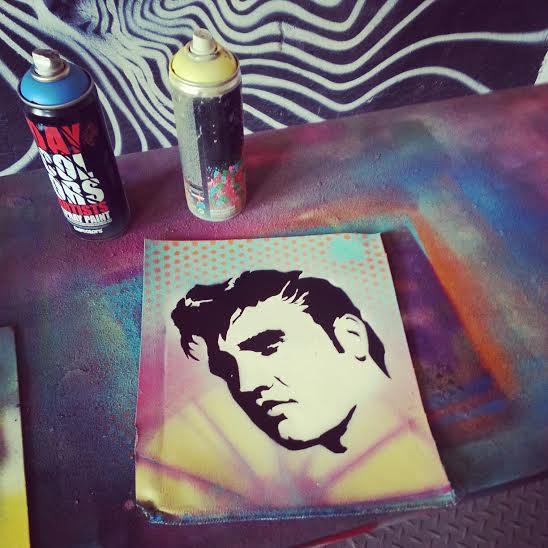 "My final product wasn't the most amazing piece ever created, but my pride in it comes more from the greater meaning it represents to me: courage, risk, independence, and growth."
Travel

I was beyond freaked out the first time I went to Berlin. I was travelling by myself for the first time ever and had no one to show me the way, and the only way I was keeping calm was by telling myself that if everyone and everything sucked, I could simply wait out my allotted four days in the city in my hostel room.

If only I could find the bloody hostel.

Flash forward four years later to me rolling back into Berlin in the company of six rowdy Australian boys all looking to me for advice since I allegedly “know the city” and then straight up ditching them all the next day to do my own thing.

It was a proud moment, though my younger self wouldn’t have recognized me. In fact, she’d be like, “Alright Kelly Clarkson, drop the Miss Independent act and go back and hang out with those dudes who are agreeing to tolerate you.” And then I’d be like, “Chill the eff down, past self. I actually like things better this way.” And then go spray paint some walls. For you see, that’s the skill I decided to pick up in Germany and let me tell you, that shit is hard.

Street art is pretty badass, and it seemed fitting that that would be my mission in Berlin—I felt pretty badass myself returning to the exact scene of my first solo trip and seeing how far I’d come, both geographically and mentally since the last time. It wasn’t just that I now felt comfortable skipping out on following the crowd if I wasn’t feeling it, it was that I didn’t freak out over nearly as much stuff as I would have four years ago, or even at the beginning of the trip. You sort of just learn to trust that things will work out—bank card not working? They stopped running boats to the mainland the day of your flight? Stop panicking and start logic-ing. Things work out. The world is big and it can be scary, but it’s full of people who are willing to help you. Whatever terrible thing has happened to you on the road has definitely happened to someone else prior, and they got out alive.

But back to street art.

Before we actually got down to cutting out stencils and playing with spray paint, me and my fellow cronies were taken on a tour through the city to see some of the biggest and best (not mutually exclusive) pieces of art on its many walls and learned about different techniques, local and international artists, and the constant struggle with the law (looking around Berlin’s much-decorated surfaces you’d think graffiti was legal—it’s definitely not). I got a much better appreciation of the whole process and all the planning and risk that goes into it, as well as pure skill—cutting out a single stencil of Elvis’ head easily took me at least 40 minutes. My final product wasn’t the most amazing piece ever created, but my pride in it comes more from the greater meaning it represents to me: courage, risk, independence, and growth.

And, of course, being a badass.

"My final product wasn't the most amazing piece ever created, but my pride in it comes more from the greater meaning it represents to me: courage, risk, independence, and growth."