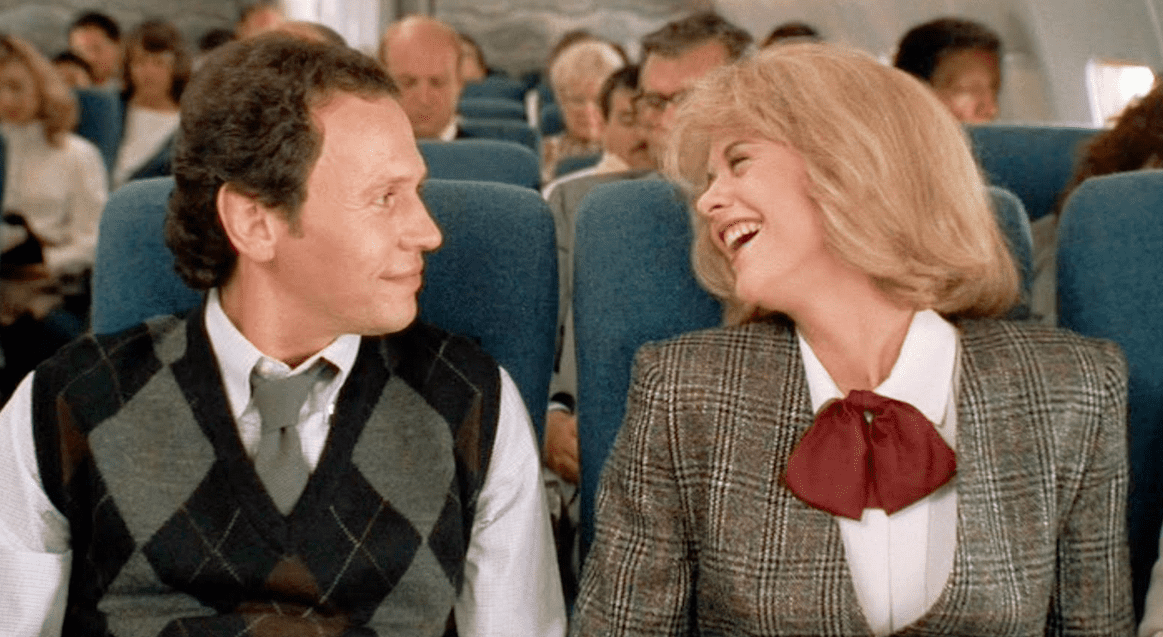 "If you’re hanging around in train stations purposely missing trains so you can talk more like it’s Brief Encounter, there is potentially something unsaid in this relationship."
Sex & Relationships

6 Ways to Tell You’re Having a Fauxmance, Not a Romance

Lately I’ve noticed a kind of relationship popping up in my life over and over again, but haven’t known quite what to call it. Trying to explain it to a friend, I finally came up with a satisfactory title: the fauxmance.

A fauxmance is the inverse of the better-known “fuck buddy” relationship. We all know how a fuck buddy works. It’s in the name. Rarely is a fuck buddy someone you think is amazing or hang out with all the time, otherwise they’d just be your girlfriend/boyfriend/partner, right? A fauxmance, on the other hand, is a relationship comprising many of the trappings of a romantic relationship, except there’s no sex. And no, I’m not just talking about friendship. I think you can have an intense friendship without ever feeling like there’s any element of romance. A fauxmance is different, and usually involves some romantic feeling on one or both sides. Sound familiar? Here are six ways to tell if you’re in a fauxmance:

1. You spend way too much time together.
Sometimes you make a new friend and you think they’re so awesome you want to spend every free minute with them, and that’s ok for a while. In my first year of university, I had a friend who I hung out with all the time. I saw them basically every night. We had so many in-jokes that our conversations would have been unintelligible to an outside listener. It was so bad, that people would save us two seats side-by-side at the pub. This person already had a partner who was far away. Once, after drinking half a bottle of vodka and taking a few tokes on a joint I wrote a letter declaring my love for them, telling them I thought they should dump their partner. In the morning, I awoke, and sat bolt upright with a sense of panic. Eventually my hung-over brain remembered what I had done and I dashed off to retrieve the letter. It was too far under the door for me to claw it back. I racked my brains and in an amazing feat of befuddled lateral thinking I remembered that my other friend had a fly-swatter shaped like a big, flat hand and I managed to claw the letter back from under the door. In retrospect, maybe it would’ve been better to get it all out in the open, and we could’ve either relaxed a little, or full-on gone for it.

2. It takes one or both of you way too long to admit to having a partner.
This can occur for non-fauxmance reasons—for example, your new friend could be a player jerk lookin’ to cheat—but I think it’s most common in fauxmances. A friend of mine went on a cruise recently. She really hit it off with this guy and they hung out together all the time (see above), they told each other everything (see below), they gazed at the heavens together (bleurgh). Several days into the trip, at the very moment she thinks they’re both about to share a tongue sandwich, he reveals he has a girlfriend. This is bad form and CLASSIC fauxmance.

3. You rely on each other emotionally, and the conversation often skews intimate.
Once again, this is tricky because it’s nice to share secrets/chat intimately with friends. However, if you’re phoning someone several times a week to talk through your life options, or the first person you call every time something happens is someone you might fancy but you aren’t going out with them, you might need to look at the relationship. It’s a lot of pressure to put on someone, especially if they’re not your partner. Also, are you phoning them because it’s an excuse to hear their voice? I had a fauxmance once with someone who was married. This person would call me all the time and encourage me to open up. They acted as a mentor and were a great support, but when the friendship moved in a weird direction and ultimately ended, I missed that support and mourned the loss like a break up.

4. You don’t call stuff out.
If a friendship is just a simple friendship and you want to hang out more, you just come right out and say it: “I love hanging out with you!”, “You’re so awesome”, “Hey, why don’t we get another drink/go for a coffee/eat ANOTHER burrito”. In a fauxmance it’s much harder to say these things because of the underlying feeling that there couuuuuld be something more. If you’re hanging around in train stations purposely missing trains so you can talk more like it’s Brief Encounter, there is potentially something unsaid in this relationship. If you’re staying in each other’s beds and dry spooning, but you never talk about it, it’s definitely in a weird place. You need to hold back or move forwards, but like Goldilocks’ first two porridges, it’s just not quite right.

5. You go on dates.
It’s difficult to define a date. You can have dinner with a friend. You can see a movie with a friend. So what makes a date? We all know how a date feels. There’s a vibe. Do you go to a lot of fancy restaurants together? Go to special late night candle-lit concerts? Have you made each other mix CDs and arranged surprise trips or treasure hunts? I once had a thing with a person who asked me which restaurant I’d really like to go to but had never been to. They then took me there, opened doors, pulled out chairs, and secretly ordered vintage port after the meal. We parted ways at the end of the night without so much as a peck on the lips. I mean, why? Why would you bother creating the exact circumstances of a date only to not make-out?? It makes no sense.

6. Despite numbers 1-5, you don’t have sex.
The crotch is the crux, I’m afraid. If you have all of the above and sex, but you don’t call what you’re doing a relationship, then you have a different problem that we can talk about another time. That same person who co-ordinated the dinner non-date of my dreams also once offered me a massage. They came over to my house, endlessly praised me to my housemate, and we headed up to my room. There, they demanded that I strip off all my clothes apart from my knickers, then massaged me with oils for two hours, whilst straddling me. SOMEHOW, I assumed this was going to lead to sex. But again, at 1am they said they had to work in the morning and left, leaving me to beat the beaver alone. That massage came with a not-so-happy-ending.

The fauxmance might seem like a nice buffer between-relationships. A sort of half-partner to tide you over until you meet The One, but trust me, it isn’t. You might think you need the emotional support and can handle the lack of physical intimacy, but when it comes down to it, the fauxmance is a fundamentally destructive relationship. It’s not a real partnership, so it can’t be relied on. If you want to bone this person, you have to ask yourself why they don’t want to bone you. If they’re not single, then they’re taking all your time and attention which could be spent on getting someone who could be properly committed to you. If they are single, they’re potentially waiting for somebody better that they can properly commit to.

If you can’t call a mysterious-feelings-spade a spade, or feel like you can be totally honest, then there’s probably something dodgy going on. Is the fauxmance a means of controlling you, or leverage in their other relationship, or are you trying to control them? It’s time to do some soul searching. Closeness and friendship are wonderful, but a the fauxmance could be stopping you from having a better, fuller relationship where you actually get to touch somebody else’s genitals for a change. Throw off the shackles of the fauxmance and get stuck into a real romance. Then call your regular friends and tell them about it—they’ll actually want to hear.

"If you’re hanging around in train stations purposely missing trains so you can talk more like it’s Brief Encounter, there is potentially something unsaid in this relationship."