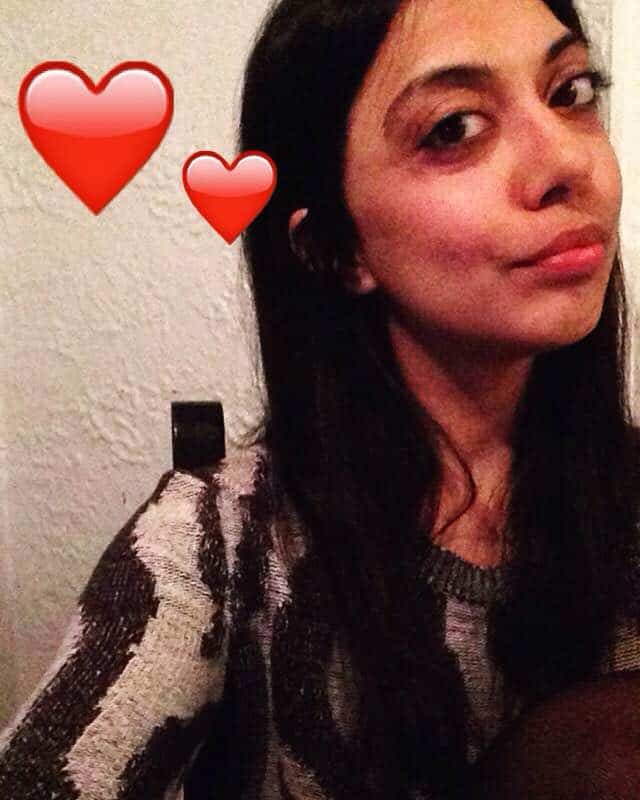 Being the month of life-sized milk chocolate teddy bears and cherubs-in-the-buff firing arrows at will, February has got me thinking a lot about the L word.

The last time I said “I love you” on Valentine’s Day and meant it was when I glued the words to my second grade crush’s locker. Then I stuck it, or some other mushy maxim just like it, to the locker of every other classmate. Back then you could have called me a gushing romantic — I stamped and delivered Valentines like the post office.

Nowadays, I’m choosier with where and on whom I shower my affections, which have obviously evolved from construction paper-hearts to, you know, grown-up emotions.

Though, sometimes, I wish I could return to that grade school mentality — when the Big L wasn’t so sacred or reserved for the intimate, but rather was something you voiced unconditionally and without fear or expectation. So, with that in mind, here are seven instances when I wish I had said “I love you.”

1. When I undressed in front of him for the first time and left the bedroom door open a sliver, revealing a wedge of secret. I lied and told him it was because my apartment building slopes to the west — that door never closes, not entirely. The truth was that I wanted to be more than friends with him. I wanted him to see my naked form as a private offering that would propel us one way or the other. Then, with the shaky confidence of a child testing boundaries with a new babysitter, his muffled voice floated from somewhere beyond the crooked frame and dared to ask whether “I’m decent.” But he didn’t wait for the answer.

2. When a friend who moved across borders visited me in the summer, and the two of us sought refuge from a sudden downpour in the Annex. We were to wait out the rain in a humid corner coffee shop. He, feeling nostalgic, ordered a Quebec-style poutine with two forks and a Caesar each (much preferred over its American counterpart, the Bloody Mary, to which he is now accustomed). The window’s silvery glare had made it almost impossible to tell whether the rain had stopped. “Look at the black,” my friend said, pointing to the unlit storefront windows and slick charcoal road out front, against which I could detect flecks of pearly droplets — and could determine whether the sky was falling, or if it only appeared that way.

3. When I tried an unfamiliar drug for the first time in a strange city and couldn’t sleep, so a new friend sat cross-legged next to me on kitchen tiles, well into the small hours of the morning. Several hours had passed when, running out of things to talk about with this then-stranger, so she started to read the contents of the spice rack out loud, sounding off dried herbs and powdered seasoning like a lullaby for the pots and pans. The silverware may have thought us to be a ridiculous tableau, but the gesture was a pacifying one nonetheless.

4. When he proved he could recite his favorite poem back to me, by heart. Straddling his torso with my dress partly unbuttoned and my back propped up against his bent knees, I was deeply moved, but could only be still and silent during the performance. Both of us were equal parts bashful and uninhibited, and I had this feeling of being on-the-brink. On the verge of what, exactly, I can’t be certain. The bedroom (where some unknowing stranger probably sleeps now) was steeped with electric suspense and acute dread that, years later, I can only describe as almost-love.

5. When he told me that the seven slim, black numbers tattooed into his shoulder blade — ashen now, after more than a decade of erosion by sweat and wardrobe  — represented a date, perhaps the saddest date for him, because on this day 15 years ago a lot of people died and his dad was one of them. He said this in a real tough manner, like it didn’t bother him — like the sorrow had faded much like the ink that had seeped so deeply into his pores, and now made him.

6. Whenever my mother tries to tame the wildness of my hair in the cold seasons. She licks her palm like a lioness smoothing staticky fly-aways on her matted cub. She untucks loose tresses from my scarf piece by piece — with endless reserves of logic and patience — sometimes snaking through the same stubborn coils over and over again. My suspicion is that she tangles as much as she untangles, so as to hold my head in her lap for just a little longer, tending to me the way she would have when I was an infant.

7. When you text me at the exact moment I am thinking about you. “Ah, there you are,” I’ll reply, hoping you’ll read between the lines.