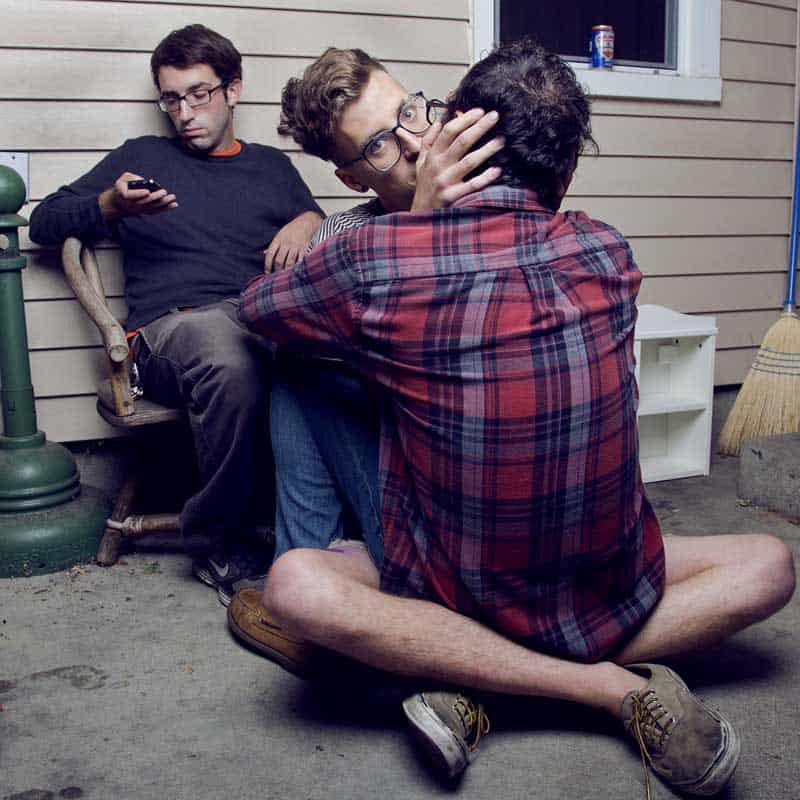 A Q&A with Detroit band Jamaican Queens, playing May Cafe this Sunday

Detroit might be one of the most fertile cities when it comes to music. Jamaican Queens are just one of the many musicians the city has birthed, but they’re a band that stands out. Their self-coined genre of “Detroit Trap Pop” pairs indie pop and grimy hip-hop beats with darker subject matter like drugs, poverty, and crime to produce a sound that’s weirdly beautiful. This Sunday, the duo plays May Cafe (876 Dundas St. W., 9 pm, $5) in support of their first album Wormfood, out March 5. In the meantime, we asked them about their band name, who influences them, and how we should spend 36 hours in Detroit.

SDTC: How did Jamaican Queens come to be?

Ryan Spencer: Adam moved to Detroit from Illinois to join a different band that I was in, but that band broke up and him and I started making these fucked up hip-hop influenced weirdo pop songs. We became way more focused on this new project and slowly put together what will be our first album. We called it Jamaican Queens.

What’s the story behind the band name?

I’ve always been OBSESSED with dancehall music. I bite that style as hard as I can. It doesn’t show too much in the music, but kind of overflows into other areas of my life. I came up with it a couple years ago, but was in another band, so I saved it for a later date. This music totally fits the name in my opinion. It’s grimy, androgynous, and abrasive. Like the name, right?

How would you describe your self-coined genre, Detroit Trap Pop?

Trap music is dark. I’m influenced by the almost satanic sounds of 90’s Three Six Mafia as well as more modern popular trap artists like Young Jeezy and Gucci Mane. Detroit is very much a trap. Drugs, poverty, crime, population decline, joblessness. We take advantage of our surroundings and draw influence from whatever we can. As long as it’s honest. We aim to make challenging and honest music. We call it Trap, but you can call it whatever you want.

We’ve got 36 hours to spend in Detroit. What should we do and where should we go?

Stardom? Fame? Suicide? Love? Anguish? I’ve thought about all of those things a lot lately. WORM<>FOOD.