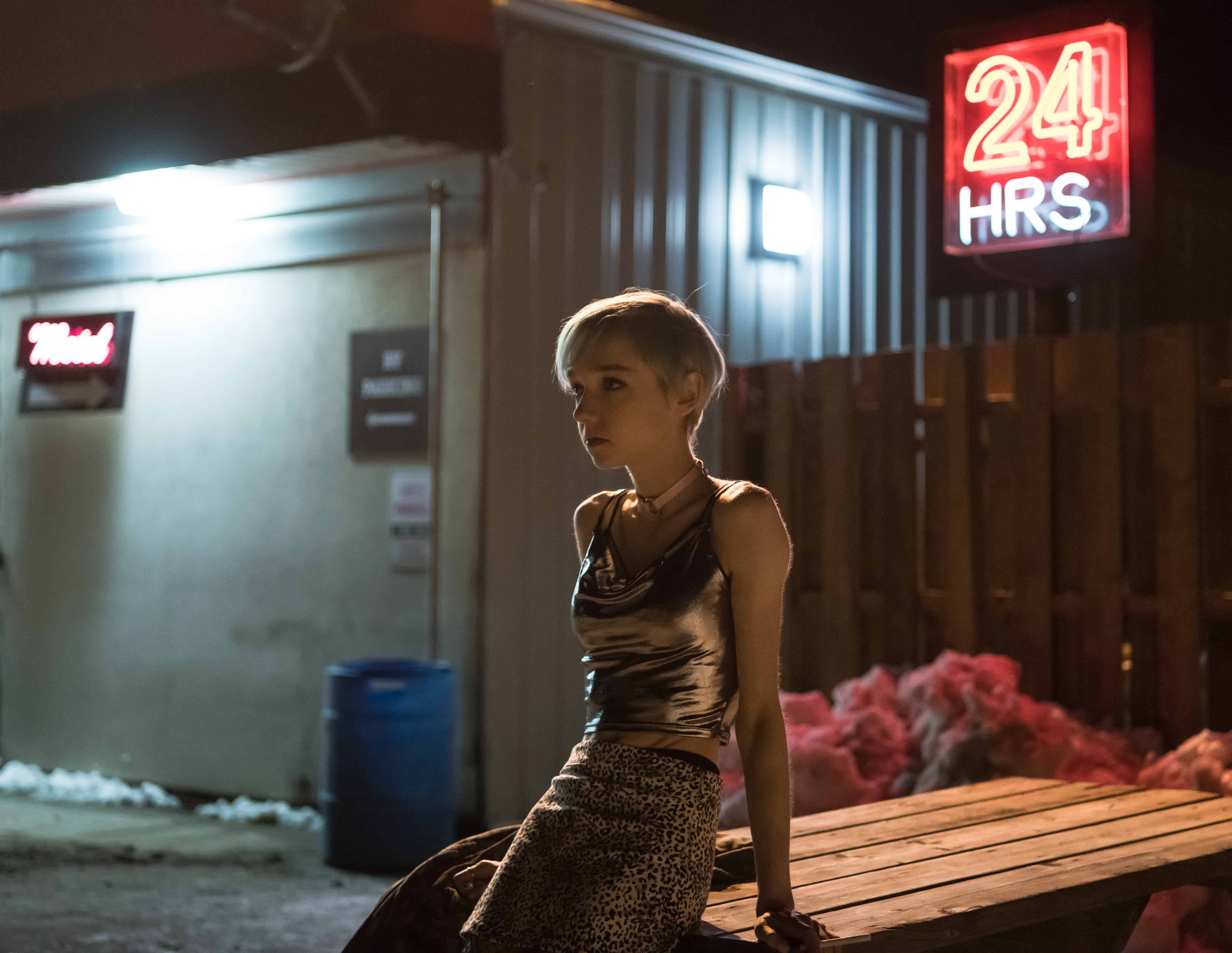 Praised for her work in documentary, filmmaker Rama Rau (The League of Exotic Dancers, The Daughter Tree) focuses her first narrative feature on a very real-life problem: human trafficking. It’s not always easy to spot, but human trafficking happens all over: in strip clubs, at roadside motels, in direct messages on Instagram; we’ve all likely driven beside a car with a young girl being trafficked. They themselves may not even know it.

Julia Sarah Stone plays Honey Bee, a waif-thin teenage girl who’s bounced around Canada’s foster care system, and ends up being pimped by a “boyfriend” at a truck stop. Manipulated and abused, she’s unaware that there are other possibilities for her, until she’s sent to live with a family on a farm north of Sudbury. At first, she rejects this new wholesome life, but through time, Honey Bee discovers what it means to be cared for.

“We’re so exposed to sexuality in the mainstream media, the stereotype of what a young prostitute looks like,” says Rau. “In reality, these girls don’t look like they’ve come out of Playboy. They are young, often between 11 and 13, pulled from group homes, and sent out to work on the street for eight hours a night, every night.”

Rau’s compelling storytelling, combined with an absolute knockout performance by Stone, makes Honey Bee one of the most powerful Canadian films we’ve watched in recent years. It captures this tragically grim scenario that is all too common with our most vulnerable youth, and it does so through an honest portrayal, without succumbing to sensational scenes.

Enter to win tickets to the Toronto premiere of Honey Bee

Moving, poignant, and important, we want to send you to the opening night of Honey Bee, playing September 20 (early screening, winners will be notified of specific time & theatre).

For a chance to win, tweet “Yes @shedoesthecity, I would like to see Rama Rau’s #HoneyBee starring Julia Sarah Stone. Human trafficking in Ontario has to end.”

Winners will be notified September 16 by 3 p.m. Honey Bee opens in Toronto on September 20, other Canadian cities tba. Watch the trailer now.