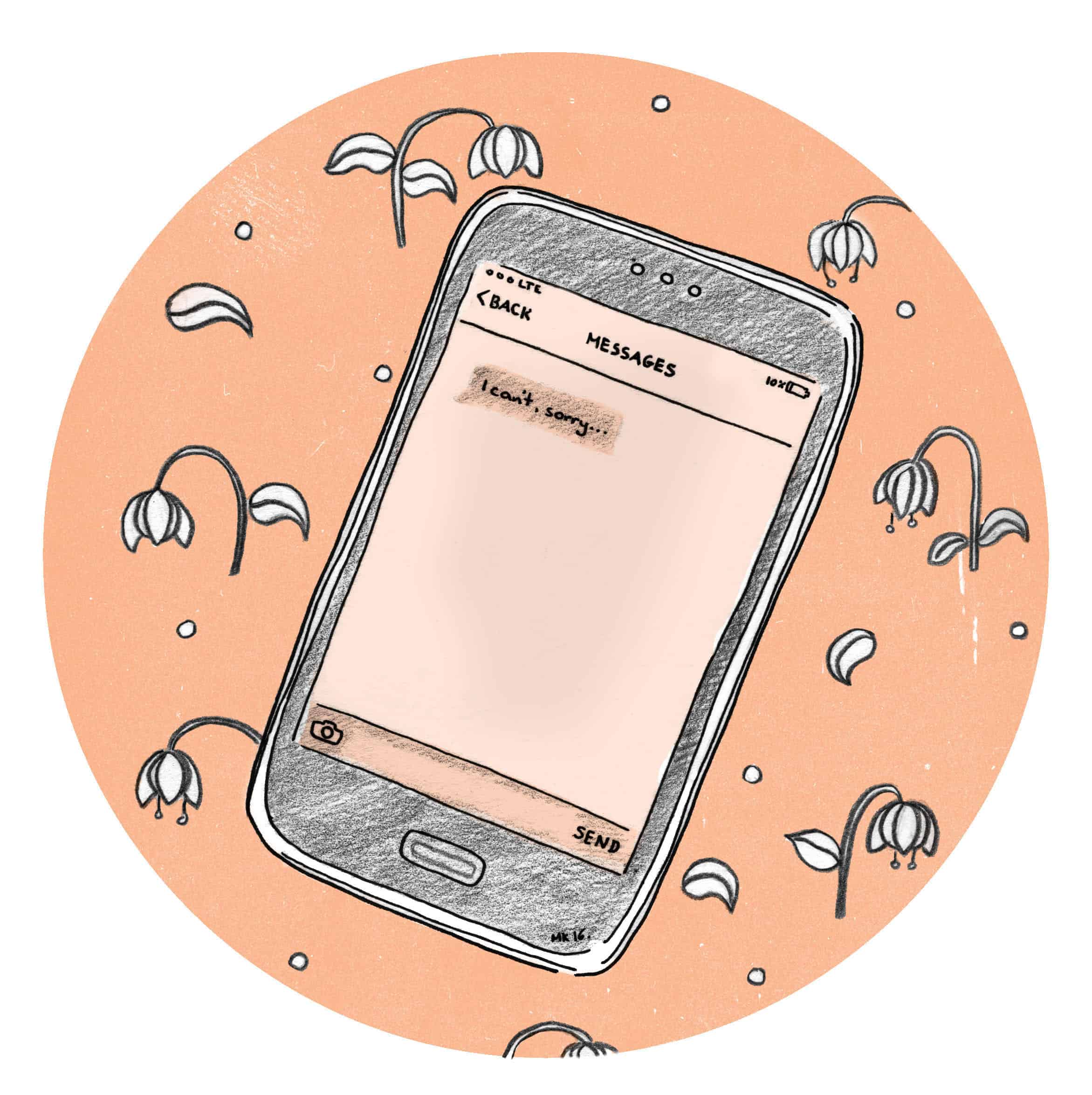 Adult learning: Breaking Up (With Friends) Is Hard to Do

I have a friend I don’t really want to be friends with and I don’t know how to deal with it.

She is incredibly sweet, smart and funny. She is also the most negative person I’ve ever encountered. She sees everything through a filter of “What is the worst thing about this situation? What is it that sucks about it?” It’s not just a victim-y thing – every piece of news I tell her about myself or her life that isn’t 100% great, her response is deep sympathy at how terrible that must be for me.

And it’s grinding me down.

When I first made friends with her – a friendship that she pursued more than I did – I hadn’t realized that she only really has one other good friend in Toronto. We’re both from the same West Coast city and have a history in common through that. A few months after we met, she was having a rough time and I helped her out (because I could), which had the effect of strengthening our friendship more than I would have liked it to; it feels a bit like a family bond now.

A number of other friends have told me I need to ditch her, but that seems utterly brutal. I know you’ve talked before about how we should treat our friends more like our dates – and this is one area where I WISH there was a break-up protocol for friendships where you could just say, “This isn’t working; it’s not you it’s me.”

To compound matters, she’s going through a hard time at the moment, and she suffers from anxiety. Things are objectively not great (she’s been laid off; her landlord kicked her out when he moved his son in and she had to find a new place in a rush), but it’s making her negativity zoom up to cataclysmic levels. This both makes me feel like I absolutely can’t break up with her, and like I desperately want to.

Right now, my tactic has been to be busy and not see her more than once a month. But whenever we do have a plan to hang out, I dread it, and then spend half the time watching the clock.

Should I just suck it up?

Thanks for your thoughts,
Wishful Distancer.

Full disclosure: I don’t think I have ever done a very good job at ending a friendship.

I’m not talking about times when a connection has gradually and mutually and naturally come more distant – that has happened and been fine. But any time the friendship has been unbalanced, unreciprocated, or unhealthy … I’ve mostly bolted.

That said, you are completely correct in (unintentionally) calling me out on the fact that if I want people to treat lovers like friends and friends like lovers, then this should also apply to ending the relationship. Or – since I don’t think relationships always exist as binaries of “on” or “off” – possibly re-imagining it. So let’s approach this as a more traditional breakup and see where we land.

Someone really smart once said to me that “being fired or broken up with should never be a surprise.” First of all, this would be a terrible surprise that no one would like. But even more so, it would be a symptom of a complete failure in communication if either of these things came as a surprise. It either means one person has not done a good job of expressing their needs, or the other has not done a good job of internalizing those needs. Either way, it’s a bad scene.

Let’s talk about a firing, just to have some emotional distance here. What is the fireable offense that has been happening? Has an employee been notified of this offense? Have both parties had a chance to talk about reasonable expectations? Has a common set of expectations been agreed upon, as well as a timeline and metrics for success?

I think for a few reasons, it would be a good first step to talk to your friend about what you feel like you need from the relationship that you are not currently getting. Believe me when I tell you that this conversation sounds like a complete nightmare, and I wish there were a way I could responsibly tell you to skip it. Friendship doesn’t have the same sort of scripts for check-ins that romantic relationships do, unfortunately. In some ways, friendships are more resilient than dating relationships; in others, we often have less of an impulse for repair. Aside from Crimson Wave duo Jess Beaulieu and Natalie Norman, I don’t know of any friends who have gone to therapy to try to work out their differences.

Figure out a good time to talk to your friend. Absolutely do not tell her “we need to talk” beforehand, though. That is one of the worst things you can do to a person. But next time you have some time together, let her know that you are feeling a lot of pressure to be her main source of support. Confess that your time together is starting to become stressful, which is of course something that neither of you wants. Maybe let her know that your initial levels of support are not sustainable, and ask her if you two could make a plan together so that your friendship is working for both of you. Say that you understand that she is having a hard time but there are a few things she could do that would make you feel the relationship was more balanced. (If there is a way to delicately pass along the link, I wrote a piece about how to be a good friend, even when you are struggling. There are lots of small things that can make a big difference!)

As I said above, there are a few good reasons to have this talk. Right now, you have taken on the role of caretaker and decision-maker for this relationship, which is not a great situation for you or your friend. One of the nice things about asking someone for what you need is that it is up to them to decide if they think they can give it to you or not. Opening up the lines of communication will give her the agency to decide if she’d like to try to repair or walk away from the friendship.

Make sure you don’t set things up in a way that you are making a promise to stick around if certain changes are made, though. Simply say that you want to improve things and then see how you both feel. Because, as with romantic connections, sometimes friendship feelings get past the point of no return. And at the end of the day, it doesn’t actually matter if you have what everyone would agree was a “good reason” for ending a friendship or not. If you can’t stop resenting a person and dreading your time with them, you can’t really help that. Just as you can’t be expected to go on dates with everyone who wants to go on dates with you, you can’t be expected to spend time with everyone who wants to spend time with you.

Especially for people who end up at the heart or centre of a community, the requests for your time and emotional labour from people you don’t feel a kinship to can be kind of limitless. I know that I recently sorted my Facebook messages by “unread” and nearly passed out by all the near-strangers looking to do everything from “pick my brain about freelancing” to processing their heavy relationship strife with me.

Sometimes it’s possible to clear the deck and really dig in with one person for a chunk of time; most people will understand this as being an extraordinary output. But some folks may not have the perspective to do this. Especially if they have access to your internal life through your writing or performing, they may feel the relationship is more intimate and reciprocal than it is. (I do recognize that this is a double-edged sword of people being invested in your output.)

Most of our relationships will not be permanent. Not every breakup, friendship or otherwise, represents a failure. If two people have incompatible wants and needs, neither party is a villain. It’s possible that you need to internalize this about both of you. Not being able to give your friend what she needs is no better or worse than her needing more than you can give her. Maybe trying to bring that outlook to your friendship will help give you clarity one way or the other about what would be best for the two of you.

I hope you are able to collaborate on a new dynamic that serves you both. Best of luck!