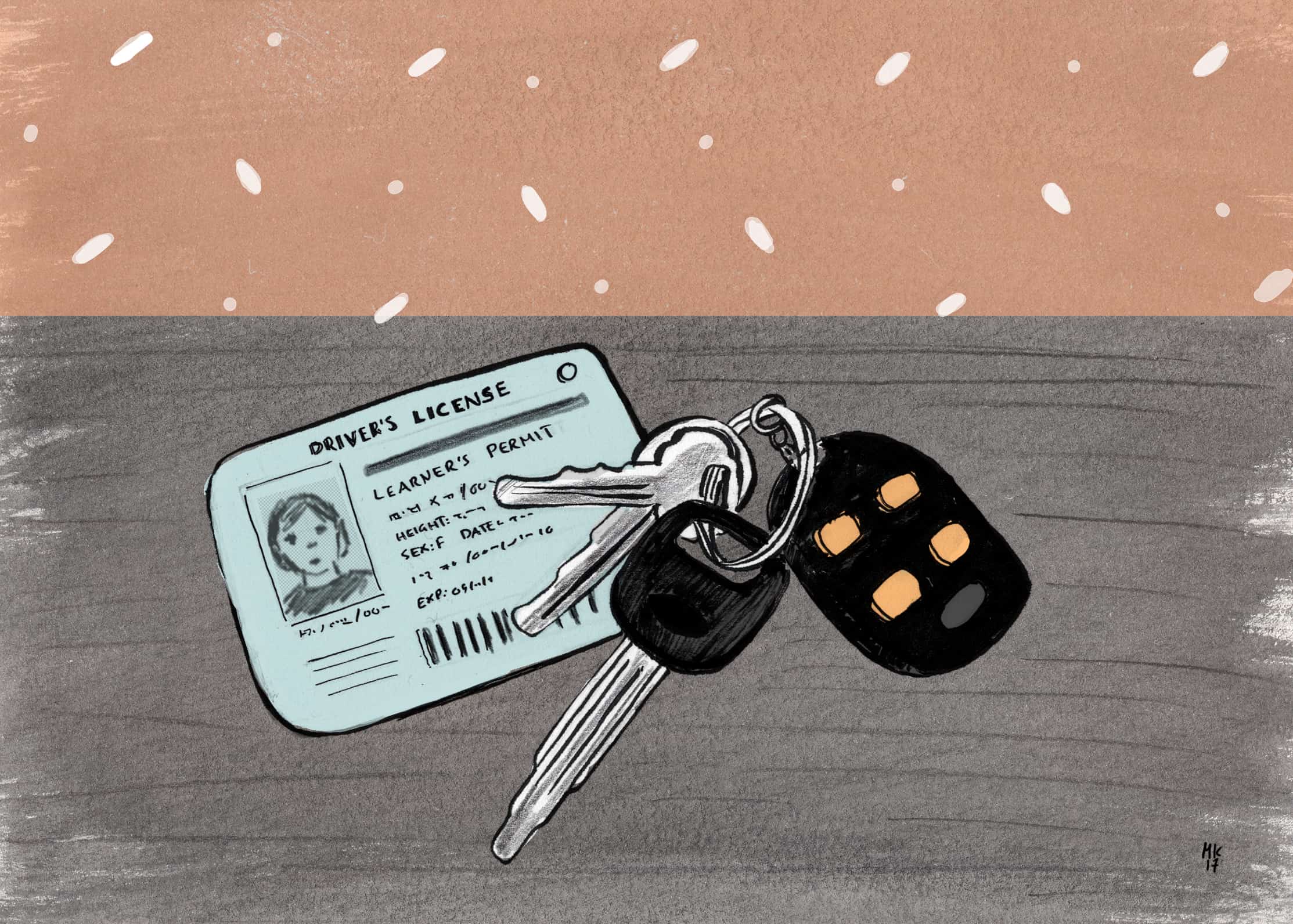 Adult Learning: How To Get Your Licence When You Are Not Sixteen

Oshawa, the city where I grew up, has gone through a lot of slogans. It is currently “Prepare To Be Amazed,” which replaced “The City in Motion.” But when I lived there, it was “The City That Moto-vates Canada.”

This puntastic slogan was inspired by the fact that Oshawa was a car town. The park I’d take my dog to was called “The GM Hill.” Bumper stickers instructed the unemployed to “eat their imports.” And I for sure was not the only one to have an ill-advised wedding at the former estate of automobile baron Robert McLaughlin.

To not drive in Oshawa was sort of unpatriotic to the point where, for a while, the city ran the buses all clockwise. This meant it may have taken fifteen minutes to get from Point A to Point B, but it would take an hour and a half to get back to Point A again. If you wanted better, you should have been driving a GM car.

I didn’t drive though. Not a GM car or any other car. All of my friends were older and willing to drive me around, which was good because everything about learning felt impossible to me. I eventually left Oshawa for Windsor, another car town, but I didn’t drive there either. There were cabs if I needed them and I liked the people I met on the bus.

Then I took a job as an ASL interpreter in a town of five hundred people in rural Nova Scotia; suddenly, not being able to drive was a completely different situation. Unless I learned how to drive, my world was about to become really small. Lucky for me, the student I was interpreting for wanted to get his licence ASAP. Since I had to learn all the materials in order to interpret it, I took the written test afterwards and passed.

But I was terrified to actually get behind the wheel and connected with a driving instructor who specialized in helping nervous people, particularly women. I was also lucky I was living in a place so small that my driving test involved turning around in the legion parking lot and “parallel parking” between two cars that I was told to imagine were there. I didn’t hit either one of them; I got my licence. I was only twenty-one when all of this happened, but I really felt like the last person I knew to learn to drive.

While reaching out to friends about writing this piece, I heard so many vulnerable stories. One friend scrambled to secretly get a licence the day before a road trip with a partner who already thought they could drive. Another had lost a friend in a car accident as a teenager. Another still had controlling parents who wouldn’t let them do anything that would increase their independence. Then there were the more common barriers of cost and access to a car. Many of the stories shared a common thread of shame about not already knowing how to drive and fear of the inarguable dangers of driving.

It’s a lot to overcome, really. But it can be worth it. A few summers ago, for example, Chevrolet gave me a convertible for the weekend because I have a lot of followers on Twitter. Probably the person whose idea that was has long since been fired, but there will be others like them! So here are some tips to get you driving, just in case.