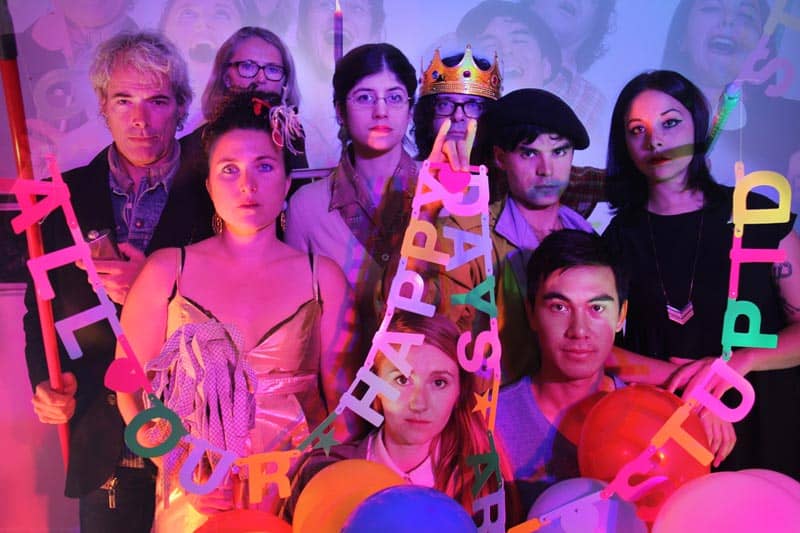 All Our Happy Days Are Sold RIGHT OUT

Sheila Heti’s All Our Happy Days Are Stupid opens TONIGHT at Videofag! Did you get tickets?? If you did, you’re part of a lucky few; the tiny space can seat twenty or so per showing, and it’s completely sold out online. Unconsolable about missing some trendy Toronto theatre? Check the company’s twitter or facebook pages on show days for last-minute cancellations, ooooor head down an hour before the 8pm start time this Sunday, October 27, when tickets are available on the door at pay-what-you-can prices.

The show, which has been a loooong time coming, is being directed by Jordan Tannahill of Suburban Beast theatre company. Heti is the creator of Trampoline Hall, a fantastic monthly lecture series in Toronto and a contributor to Miranda July’s We Think Alone project. Her novel, How Should a Person Be?, has gained international attention since Girls-creator Lena Dunham named it a ‘must read.’. Heti’s struggle to write All Our Happy Days Are Stupid (which has been called ‘unproduceable’ by several established theatre companies) is one of the central plot-lines of the work. After graduating from The National Theatre School she was commissioned to write the play by Nightwood Theatre, but the project was abandoned. Years later, Heti and Tannahill held a reading in a friend’s backyard. Despite the play’s alleged casting and staging issues, Heti said of the casual backyard rehearsal: “the things that just never worked, somehow they worked.”

Considering the fantastic creative team behind this show and Heti’s rising star in the literary world, we’re excited to see how this piece, so many years in the making, comes to life.