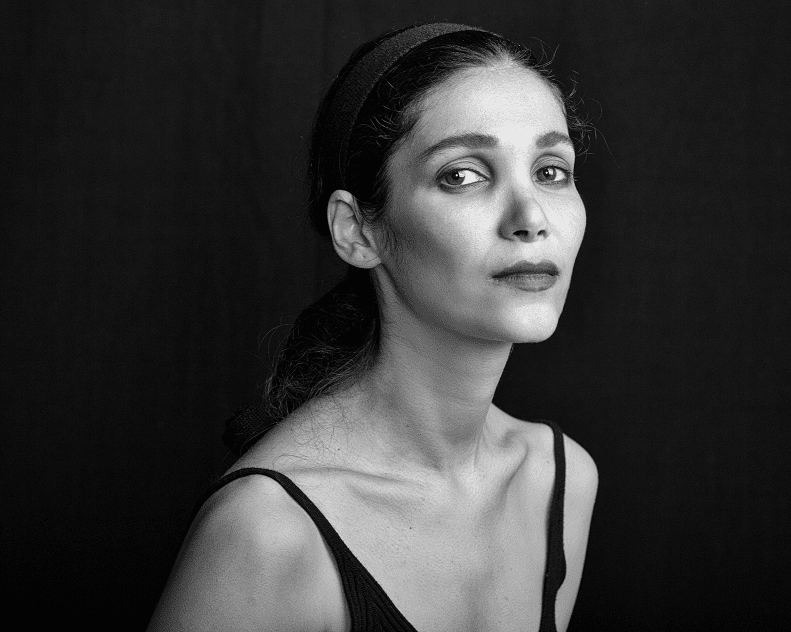 Amani Ibrahim is a Syrian actor and activist who left Syria in 2013 and is currently based in Toronto. She will be appearing in The Stranger 2.0, a choose-your-own adventure theatre piece where you (the participant) become the central character of the narrative. When you buy a ticket, you are instructed to meet at a specific location, but you don’t know who you are meeting or where you are going. You are then guided on a journey by performers who play various characters in the experience.

We asked Ibrahim about coming to Canada, and why she wanted to get involved in this project.

SDTC: How did you come to be involved with The Stranger 2.0?

A friend told me about the project and introduced me to Daniele Bartolini (the director). Daniele and I spoke about The Stranger and it sounded like a very interesting and challenging opportunity for me as an actress. I told myself, “What a great adventure to explore and experience.”

What has life been like since coming to Canada?

After living in chaos for a long time, it’s not easy to adapt to the Canadian lifestyle, but I’ve been putting down roots by meeting new, interesting people and building new memories.

What has been the most challenging thing to deal with?

The most challenging part is to live in a very organized community while you still have the echo of war in your head.

What do you want people to know about life in Syria?

Syria was a very beautiful country where you could find the elegance of the Orient with Western progress. We lived in a very colourful, wealthy and generous place that gave you big dreams, but under the dictatorship, it was difficult to follow those dreams. Nowadays, Syria is an insecure place and the people experience loss, have fewer dreams and struggle with just the basic living needs.

Leaving was the hardest decision I’ve ever made.

What have you learned about yourself in the last few years?

My inner strength surprised me, and whatever happens in life, I’ll always look inside for that strength.

Who or what has had the greatest influence on your career?

I would say my relationship with the camera has had an influence on my career. The relationship began at an early age when I loved to capture beautiful frames in my life. And Syria. Life could often be cruel where I grew up, but the country is full of interesting characters, and those people and experiences shaped me.

What do you hope viewers take away from your performance in The Stranger?

I want the audience to leave the show able to see things in life from a different angle because they have opened themselves up to a new experience that is outside the well-organized and secure society that we live in.