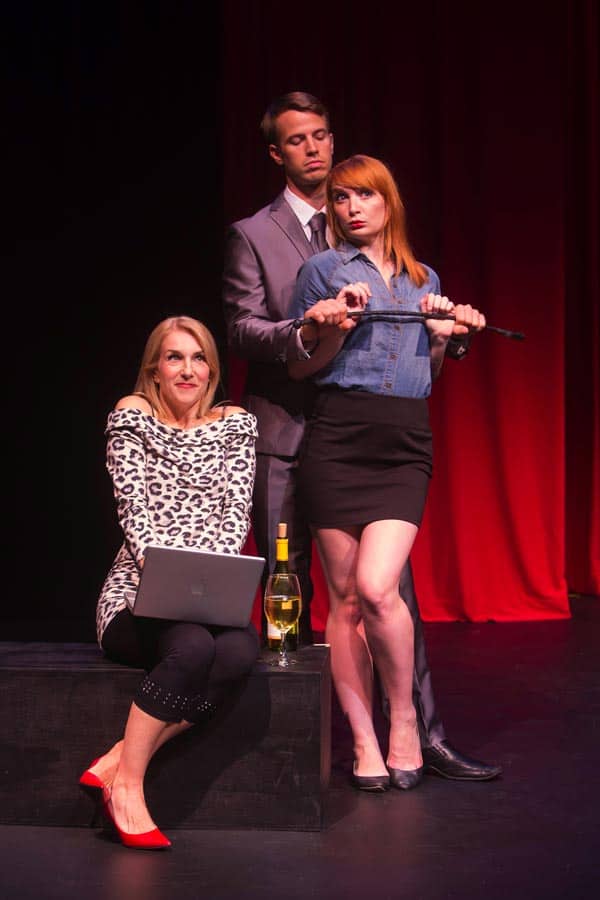 “ Fifty Shades of Grey is the symptom, not the disease. ”

An Open Letter in Defense of E.L. James: Fifty Shades of Sexual Repression

It had become routine for me.  So much so that as the interviewers rattled off their lists of questions, I could answer them in my sleep, or nearly so – most often I would do phone interviews from the bed in my hotel room.   “How long has the show been touring?” “How did you become an actress?” “How racy do things get?” I should clarify: for the last year of my life I have been touring a theatre show based on Fifty Shades of Grey.  I also happen to be one of the writers of the show.  Which is probably why I now have an aversion to questions that begin “As a woman…” or “As a feminist…”, and on more than one occasion, “As a victim of sexual assault…” and end with a derogatory perception of the source material in question.

Stop. Stop right there.  I have fundamental problems with you asking these questions, but I’ll side-step them right now and just say: “No, I don’t think Fifty Shades of Grey is anti-feminist.  To be frank, I think asking me that question is offensive to my intelligence and highlights your ignorance on the subject.”

I would argue that Fifty Shades of Grey  is neither anti-feminism nor pro-feminism; I think either label gives the book too much credit.  That is not meant as a slag on the book, but rather as a comment on how it came to be.  When Erika Leonard (aka E.L. James) wrote Fifty, she had no expectation that her story would  become a book. She set out to write some Twilight fan fiction on her Blackberry.  It’s ludicrous to suggest that this was an attempt on her part to subvert the sexual power of women.  Erika was just trying to write something to get her rocks off.  Erika was just doing Erika.  By unbelievable chance, that fanfic became popular, had the character names switched, and went on to be an international best-seller.  But at its core, it is simply one women’s encapsulation of what she finds sexy.

Getting back to this “As a woman/feminist/victim”  line of questioning—my answer is a question back at these journalist: “Who in god’s name are you to judge?” Who has made these journalists the arbiters of what is and isn’t okay for women to derive sexual pleasure from?  I have met the women who love this book – thousands of them.  As this point in my life, I have long lost the ability to count the Fifty Shades tattoos I’ve seen on my fingers.  They love this book.  This book opened their brains up to new ideas of what sex could be.

These women I’ve met, they love these books because they want to have sex.  Plain and simple, these women have been sexually repressed and this book is the fantasy of how they can escape that.   So let’s stop blaming Erika for sexual repression.  Fifty is the symptom, not the disease.  The disease is the same one we always circle back to: the notion that women who enjoy sex are sluts, that assault victims are asking-for-it whores, and twenty-something girls who twerk are somehow worse than thirty-something men who sing songs about date-rape.