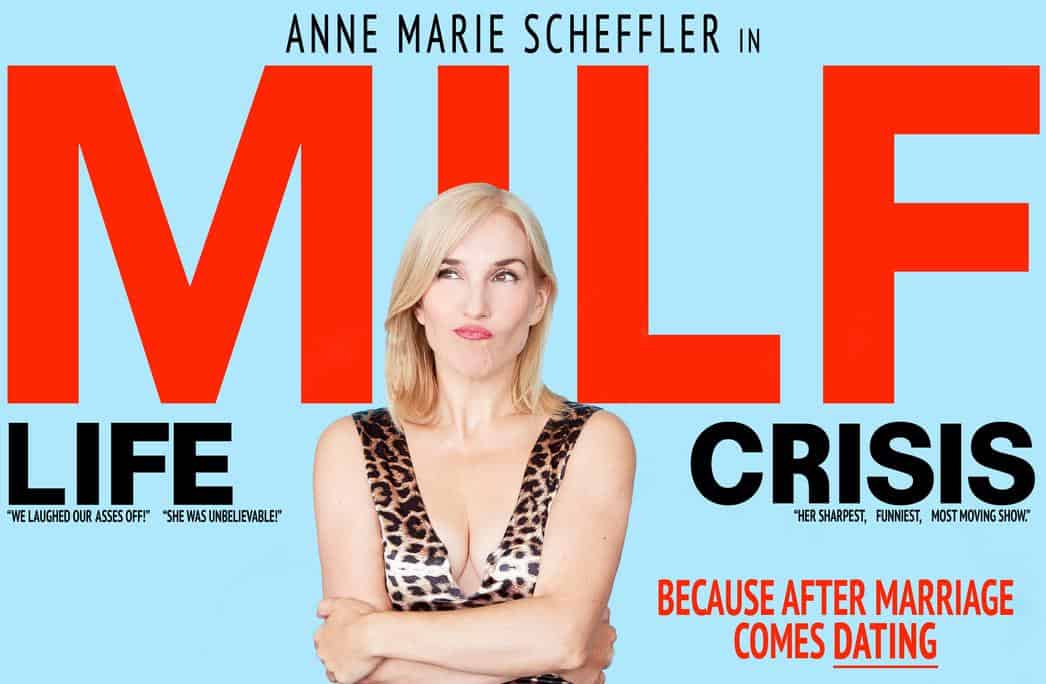 Maybe your whole life, you just wanted to get married and have babies. It took a bit of time to get there, but you got there. And now your perfect life has fallen apart. Now you have your beautiful children and a parenting schedule with the ex. Did you really just land back on the dating market? Do you really need to go through first dates and bad judgement all over again? Do you have to get on Tinder and Plenty of Fish? Are you really supposed to get back together with your high school boyfriend? Are you ever going to love again? Is this a tragedy or a wonderful new beginning?

SDTC: Is this show based on your own life?

AMS: It’s semi-autobiographical. I grew up in a traditional Polish-Catholic home. But I decided to not get married in my twenties, rather go off and be an actor. I was a renegade in my family. I got married at thirty-five and divorced at forty-five. My marriage ended and I thought, couldn’t it have been earlier so I was still young?! That’s the hard part.

Also, no one seems to have a problem with a man who is divorced, – it doesn’t matter how old he is. I didn’t really look around and see sexy women being divorced and celebrating it.

Do you find there’s still a taboo around divorce?

What was it like getting back into dating after your divorce?

My first few dates after I got divorced (he left me, actually. We’re co-parents now and everything’s good, but it was not my choice), I called my girlfriends who were in similar situations. I asked, “What do I do? Do I have sex right away or wait? Do I wait to heal?” Half of them said have sex with everybody! The other half said, “Oh my God, you have to heal!” So I just had to play it by ear.

I went through a phase where I wanted to be like a nun and just be the ultimate mother to my kids. Then an opportunity arose and I was totally excited. I was like, “And now I’m going to marry him.” My girlfriends advised me to tone that down. Also, it’s my age. It’s what I grew up knowing. I was born in 1969 and came from this Polish-Catholic family where you get married and stay married forever. So to start having sex again? I was like, “I hope you like my kids because we’re gonna be married.” I had to retrain my brain to think I like this guy, but I don’t have to like him forever.

What do you think of Tinder?

To me, Tinder is just about looks. I’m a sucker for looks. I would be like, ooh he’s handsome – INTERESTED. I was also kind of disturbed when he wanted to have a big conversation with me. It’s like, don’t talk! Don’t speak! For me, Tinder was really about hooking up.

How is dating different now vs. back then?

I became less dependent. When I was dating my husband it was like, “You and me against the world, baby!” You had to find the other half. Now, it’s a little bit reversed. As opposed to the charismatic man who has all the women to choose from and you hope he chooses you, you get to have sex like a man (almost). The sun and the planets revolve around you; you get to be powerful and strong.

What did you learn through this whole process?

I learned that I’m a lot stronger than I think I am. As much as I love and adore my ex-husband, I learned that maybe I need a break to reassess who I am, and assess how I do things.

You realize there are different stages in your life – the stage where you want to fall in love and find the person you’re going to love and adore and have kids with. And then there are times where you’re like, “Stop talking. I just need to know if the chemistry is good and I fucking adore your penis. Let’s just get this thing on.” And that’s totally allowed too.

I want my story, as sad as it is, to be a celebration. Who said dating again in your forties when you have kids means you’re going to be good at it? And you’re not going to have issues? When women come to my show, they’re agreeing with me, they’re saying lines with me, they’re laughing and cheering…because we all go through the same fucking thing.