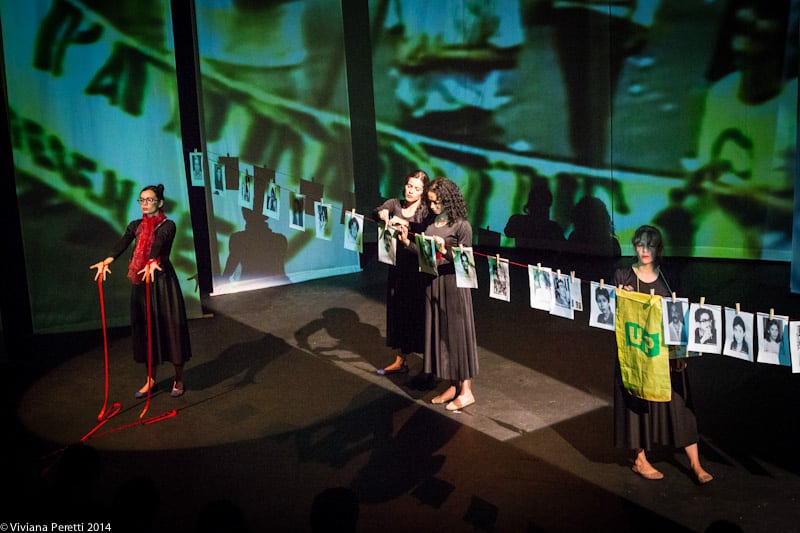 Bernal’s own son was the victim of horrific extrajudicial violence in Colombia: false positives. False positives refer to “the recruitment of indigenous people, peasants or poor youth who are taken from their homes with false promises of work. Once there, the army buys them as a commodity, they simulate a battle, kill them and, once they’re dead, they put uniforms on them to make them look like members of outlawed groups, such as the guerrillas.” The soldiers were then awarded huge sums of money from the government for executing these “guerrillas.” Her mentally disabled son, Fair Leonardo Porras Bernal, was twenty-six years old when he was kidnapped and murdered by Colombian soldiers.

Her fight for truth and justice for her son has brought her to the highest levels of government. In 2015, President Uribe offered her money for compensation, which she rejected. Now, she sheds light on this issue by performing in Antigonas this weekend. Using personal objects of their long-gone and massacred young, she and other bereft mothers transform their plight into poetic, symbolic and political discourse. The work plays homage to women’s respect for life, solidarity and the search for justice.