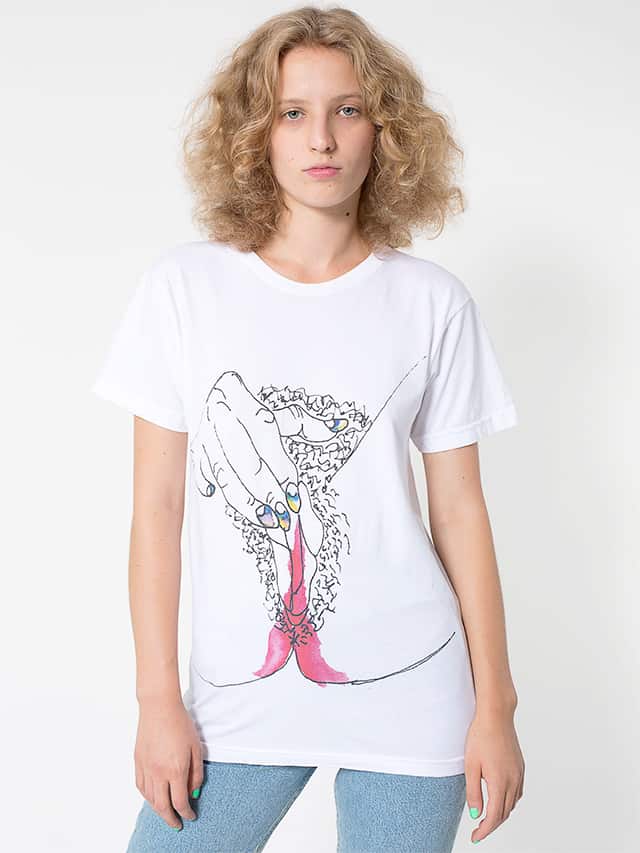 “Is it really so awful to have a t-shirt made by an artist that reminds us that women can be sexual even while they’re menstruating?”

Apparently, People Hate Menstruation Even More When It’s On an Amazing T-shirt

American Apparel is in the midst of yet another controversy, but not for the reasons you’d expect. This time the controversy is actually regarding their clothes and not their advertising campaigns. People are in a tizzy because AA paired up with artist Petra Collins for a capsule collection of t-shirts, and one of those t-shirts features a drawing of a woman who is masturbating and (gasp!) menstruating. Personally, I find it amusing that, out of all the offensive t-shirts in existence (like ones that tell women to shut the fuck up and make a sandwich), this is the t-shirt that is managing to rile up both men and women.

As I read people’s reactions to this shirt, the one word I keep seeing over and over is “disgusting.” I have to say that I’m not surprised. Yes, periods are messy mofos, but do we really need to classify them as disgusting? Is it really so awful to have a t-shirt made by an artist that reminds us that women can be sexual even while they’re menstruating? I’m going to say no. I’m getting sick of the way that society tries to play down menstruation or ignore it altogether. Sure, we want our scantily clad women in full view of the male gaze, that is, until their bodies start doing a normal human function like menstruating. Then the female body somehow becomes “disgusting”, dirty, and offensive. This t-shirt actually makes me feel like going into full old-school feminist mode and shouting “Pussy power, fuck yeah!”

There are a lot of offensive shirts in the world but this isn’t one of them. For the record, here are three t-shirts that I think are actually offensive:

1. Any shirt with a phrase along the lines of “stfu and make me a sandwich” “tits or get the fuck out “you can’t suck my dick while you’re talking so shut the fuck up” (that last one is real). I don’t really need to explain why these are offensive. They treat women like little more than mindless food-making sex machines who lose any value if they dare to talk. 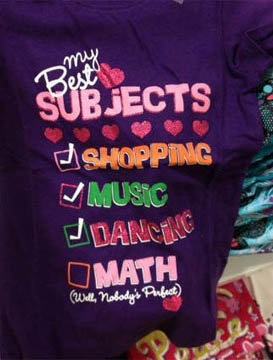 2. This shirt from The Children’s Place was pulled after parents rightfully complained that it reinforces negative stereotypes that girls are inherently bad at math. 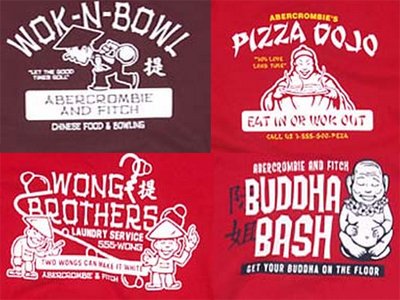 3. Abercrombie and Fitch thought it would be a good idea to release a selection of t-shirts that featured ridiculous puns and cartoonish images of Asians in stereotypical settings. Needless to say, there was a huge backlash at this racist imagery and the shirts were pulled from shelves.