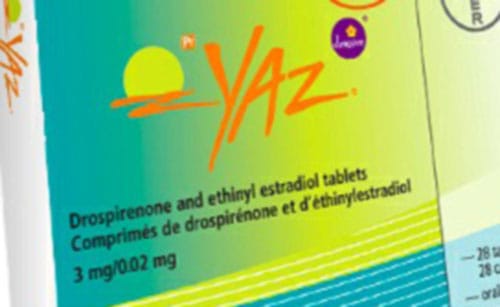 As A Previous User, The Recent Yaz/Yasmin Health Concerns Have Left Me With A Lot of Questions

I’m sure by now a lot of you have heard of the 23 deaths associated with Yaz and Yasmin birth control pills. It’s a pretty scary issue that affects many young Canadian women. I personally was a little frightened by the news considering I took Yasmin for three years.

I’ve been off Yasmin for about a year now, but a few years ago this particular birth control pill was in the limelight for the same concerns. There is the risk of developing blood clots while on any oral contraception, but it was reported in 2011 that those on Yaz and Yasmin are 1.5 to 3 times more likely to develop blood clots.

Bayer has already paid more than $1 billion to settle thousands of lawsuits in the U.S. According to documents obtained by CBC News Health Canada has reported that in a 6-year span doctors and pharmacists reported 600 adverse reactions and 23 deaths related to Yaz and Yasmin. Yaz and Yasmin are the most commonly prescribed birth control pills in the world. The CBC documents have said the oral contraceptives are suspected in relation to the deaths of the women.

This article published in March connects oral contraception (not just Yaz and Yasmin) to the deaths of 20 french women per year. The study estimated that 14 of 20 annual deaths were caused by pills that contained the synthetic progestin drospirenone, which is produced and marketed by Bayer.

I have no medical or pharmaceutical training, but what I am thinking is that we need to look at the bigger picture and ask, Why is this synthetic progestin allowed to be used? Why does Bayer continue to use it when they know of the health risks? Ultimately, it makes me wonder if oral contraception of any variety is safe. Are we sensationalizing all of this birth control drama when, I bet, there are other drugs out there that cause just as many tragic health complications? A lot of questions come to mind when I am thinking about this issue. But mostly I think this is a topic that deserves a wider discussion, which is hopefully just beginning.