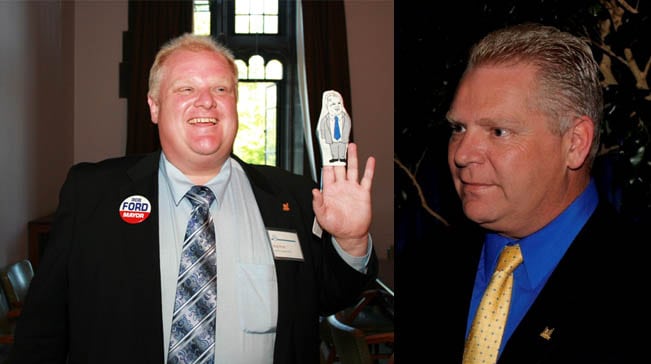 "In my opinion, they are liars. And liars with secrets to hide who have a lot of power and access to money can be dangerous. "

As Rob Ford scandal deepens, life at Toronto City Hall seems like an episode of The Wire

Local politics is not part of Shedoesthecity’s editorial mandate. We aren’t a news website. But as the Ford family scandal deepens, I’m compelled to weigh in as both an editor of a Toronto blog and concerned local citizen.

The Canada crack song on Jon Stewart or the likening to Mayor Quimby on Slate may have inspired a chuckle but the reality of this unravelling story is not funny. It’s infuriating and reeks of illegal underworld dealings that are potentially far more layered and dark than the disturbing news that has already surfaced.

Before even turning on the kettle this morning, my partner and I were checking in on the latest Ford updates and read this troubling piece in the Globe and Mail by Patrick White and Adam Radwanski that reveals a senior staffer on Rob Ford’s team met with Toronto Police after hearing that a homicide was linked to the alleged drug video.

Kettle whistling, my partner turned to me and asked, “So, what do you think now?”

I think that that the current state of things at Toronto City Hall resembles an episode of The Wire or House of Cards. In the photo supplied by the Gawker crack-cocaine video tipster, Mayor Ford has his arm around Anthony Smith, who is now dead. The Globe feature story this past weekend revealed claims by sources that both Doug Ford and his older brother Randy were involved in the drug trade and that his sister was shot in the face by a drug dealer. Do I think that Mayor Ford and Councilor Ford have ties to the drug trade? Do I think that it’s possible for a hit to be put out on a man tied to the potential publicizing of this video? What do you think? If I were a detective, I’d be all over this.

While we have all been checking in to see the donation status of Crackstarter I would assume that the video has been moving locations and changing hands. The thing about this video is that it’s only one piece of a much bigger and very complex puzzle.

This past Sunday, curious to see what Rob and Doug Ford would say after the Globe’s allegations, we tuned into CFRB 1010 to hear Rob’s weekly radio show. You know what the brothers sounded like? SCTV’s Bob and Doug McKenzie. Bumbling fools who didn’t seem to understand the gravity of the accusations surrounding them. Listening to them pat each other on the back and chit-chat was absolutely maddening.

A friend on my Facebook referred to them as sociopaths, I think she’s right. They respond to questions like kids in a locker room. They skirt issues by changing the subject. They smirk when asked serious questions and refuse to give straight answers. They seem to lack a basic understanding of accountability. In my opinion, they are liars. And liars with secrets to hide who have a lot of power and access to money can be dangerous.

Rob and Doug Ford think they can get away with anything. So far, they have. If writing about them, sharing articles online and talking about them endlessly isn’t doing anything then we need to take more effective action. This can’t go on. Who’s with me to protest at City Hall? This behaviour wouldn’t be acceptable anywhere else, we can’t let them get away with it.