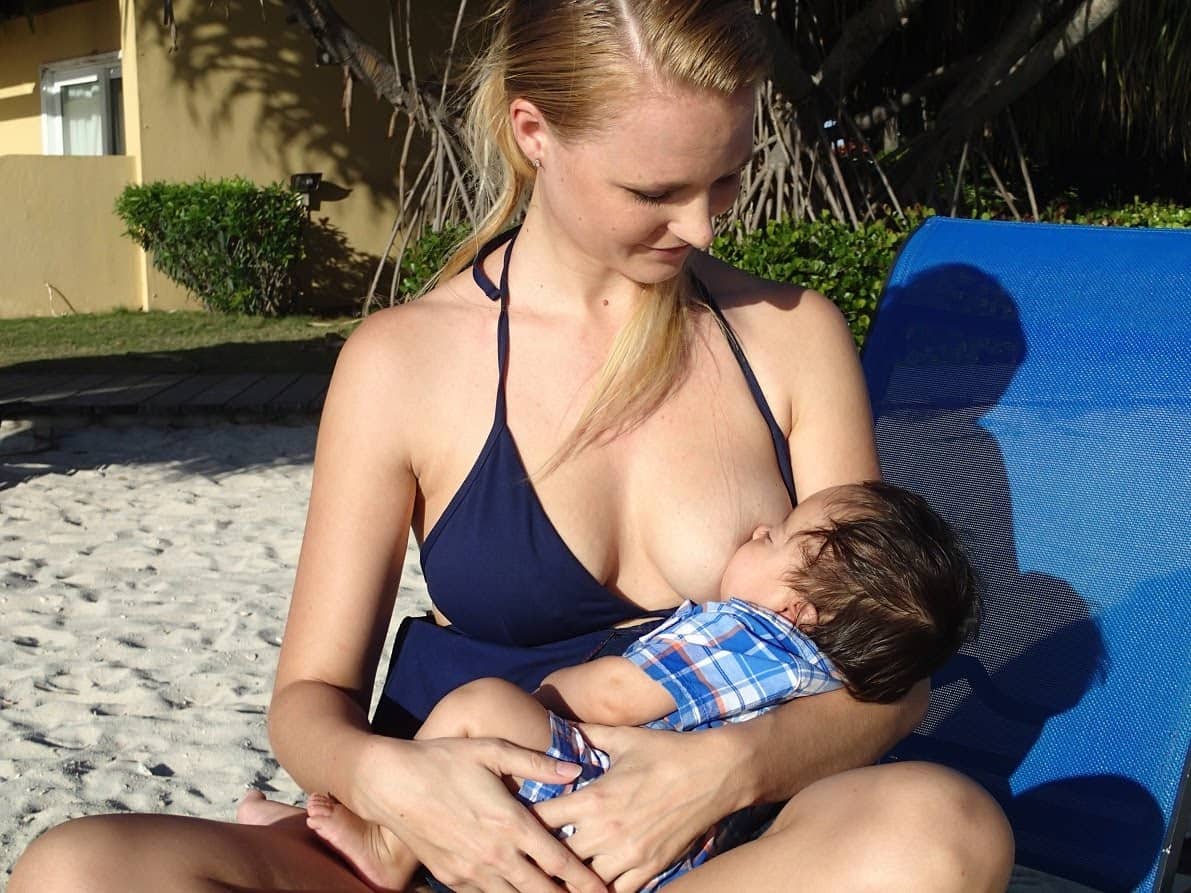 Ask a Child-Free Person: Is It OK to breastfeed in front of my friends?

Being a breastfeeding parent means negotiating a lot of things. You have to figure out for how many weeks/months/years you want to breastfeed your baby, and how that could affect your ability to do things like work full-time, or simply put on a bra without your nipples hurting. With all the stress related to feeding a tiny human from you boobs, should worrying about offending other people when you do so be one of the many things on your mind?

Sadly, in our culture breastfeeding still occupies a weird space. We unfairly shame people who don’t do it as “selfish,” and yet those who do are told to cover up and keep it out of sight in public. It’s a frustrating paradox. However, because breastfeeding is something of a cultural taboo even today, after years of feed-ins in parks and malls, your friends may feel weird when you whip out those tits to feed your infant. So should you humor them by leaving the room to nurse, or simply covering up with a blanket? My answer is: F-ck no!

Basically, I wouldn’t think twice about whether or not to nurse wherever is comfortable and convenient. However, this doesn’t mean your friends will necessarily be supportive and understanding of this practice at first. If a friend starts to wig out when your nipples are out, how do you handle it?

Listen, breast milk is food. Are your friends normally grossed out when YOU eat a piece or banana bread or an apple in front of them? If not, what is their problem with boob food? Because really, it’s the same thing; it’s just a different dish that simply happens to get made inside of you. Explain this to them, and let them know how upsetting it is when they tell you that a bodily function you use to keep your kid from starving is so disgusting to them.

After all this, If you have a friend with the audacity to ask you to leave the room or cover up to feed your kid, feel free to give them your best lecture about misogyny. Our society constructs so much of what has historically been associated with cis women’s bodies as taboo and unclean. That’s another reason why jokes about erections are seen as more acceptable in mainstream comedy than jokes about menstruation or vaginal discharge.  I’m sick of body functions that are culturally associated with femininity being invisible. It’s time to end the double-standard that allows cis men to make as many jokes about ejaculation as they want, but makes people believe nursing in public is somehow an “over-share.”

Listen, if after explaining why their distaste for nursing is so offensive to you, your friends are still upset by your body performing a function that keeps your kid alive, they are not good friends. In fact, perhaps it’s time to cut them loose. Would you be friends with someone who got angry if you had the hiccups or sneezed in front of them? Because expressing milk is a perfectly common bodily function, just like those.

In the end, your friends should support you enough to know that if you have to  suckle your baby or use your breast pump in front of them, that’s nothing over which to get upset.