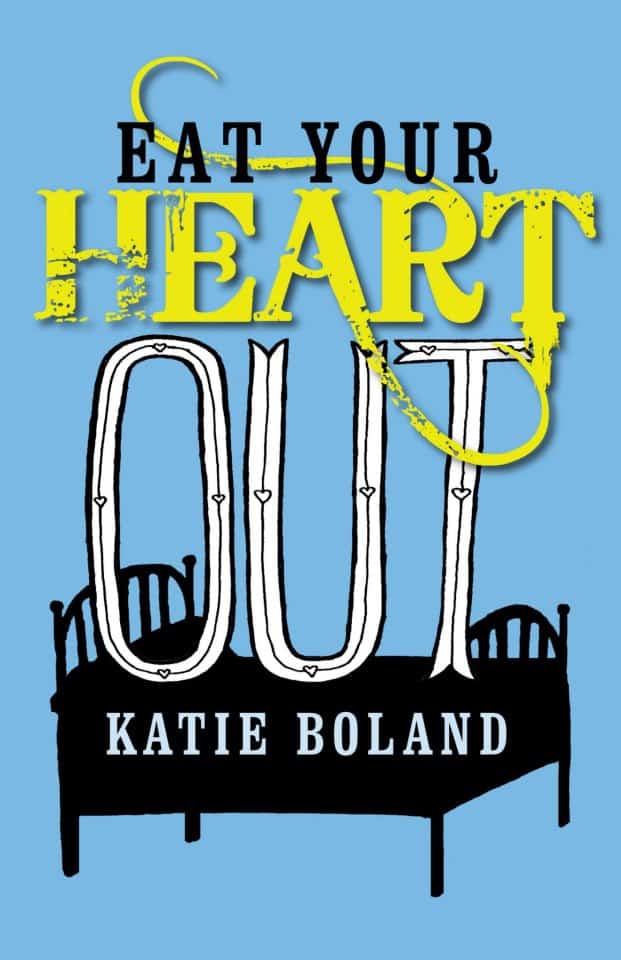 It’s safe to say that Katie Boland is a terrifically busy woman. The acclaimed Canadian actor (and former STDC contributor!) has racked up a staggeringly impressive resume since first appearing on screen at age 9: she has been featured in over 45 films, including Atom Egoyan’s Adorationand Paul Thomas Anderson’s Oscar-nominated The Master. She was selected as a TIFF “Rising Star” and was named one of Elle Canada’s three Canadians to watch. She is in four films—yes, four!—that are set to be released in 2013, including the much-buzzed Sex After Kids.  Plus, her webseries Long Story Short, which she conceived, wrote, and stars in, is also set for release in the coming moths.

And with this month’s launch of her debut book, Eat Your Heart Out, “published author” can now be added to Boland’s impressive list of achievements. The book, published by Brindle and Glass, is a collection of short stories all revolving around disparate individuals, pining in some way or another: Boland describes them as “the haunted and the heartbroken…dreamers, losers and love-lost souls.” Already her first literary foray is being praised for its vivid characters and fresh insights on love and connection. And in terms of style and voice, well, a press release quoting Claudia Dey declared “with her sharp-shooter eye and intrepid heart, Katie Boland is the love child of Dorothy Parker and Jack Karouac”.  No small feat for a debut.

The Toronto talent is celebrating the event in style, with a launch party April 2 at the Gladstone Hotel (1214 Queen St. W.). The evening, kicking off at 7:30pm, will feature a packed night of entertainment, all presented by Marc Glassman’s famed This is Not a Reading series. The Q&A will, of course, be with Boland herself, and will be conducted by Globe and Mail columnist Johanna Schneller. An excerpt from the book will be read by actor and filmmaker Mark O’Brien, of the CBC’s Republic of Doyle.  Boland’s brother, rapper Michael Boland, will perform material from his recently released mix-tape “My Voice on a Record.” And to cap the night off, one of Toronto’s top female DJs, Rebekah Miskin, will spin a set of funk, R&B, and Motown.

So come down to the Gladstone this Tuesday and celebrate the latest achievement from this incredibly inspiring Canadian artist. 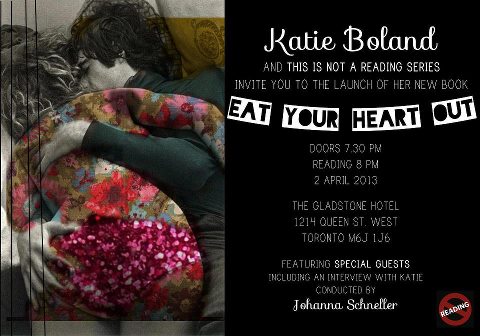