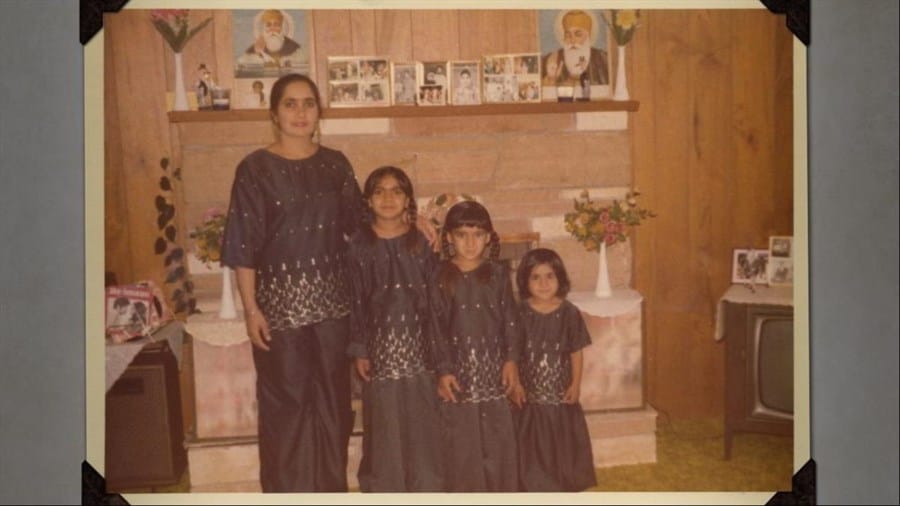 Her male cousin would sneak into her room while everyone else was asleep. She didn’t understand what he was doing to her; and she had no idea it was also happening to her two sisters, Kira and Salakshana. Raised in a conservative Indo-Canadian family, she kept her secret hidden for years.  It was only when she spoke out as an adult that she realized she was not the only one it was happening to.

Since the family first reported the abuse to police, a decade has passed, but the case finally made its way to the Supreme Court. Baljit Sangra’s documentary, Because We Are Girls, weaves through the past and present to document what happens in the wake of sexual abuse. It examines how this type of abuse is nurtured by cultural attitudes and kept secret through shaming and intimidation. It also raises serious red flags about our justice system and its ineptitude in dealing with survivors.

We spoke with Jeeti and Baljit this week.

SDTC: What role do you think having your own children played in your decision to come forward with this?

JP: My daughter was then six when I broke my silence. She was the number one reason.

Every stage, every age that she hit—when I had certain things happen to me—that was a reminder. It’s those haunting memories, the memories are always there. And there’s always something there to remind you of that and put you in that place. Watching my daughter grow helped me see my innocence, the little girl inside me that was once eleven years old. I didn’t know anything then and didn’t have any help at that time. I had judgments on myself, and blame, and loads of shame. It helped me become easier on myself.

Then moving forward from that, I felt it was still happening. It became my duty to protect my daughter and those other girls out there. And that’s what we went and did. 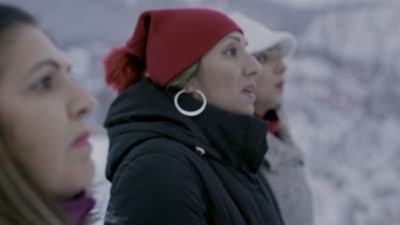 Your abuser is to blame, but the culture you were raised in shrouded the abuse in shame and secrecy. What messages do you try to impart to your daughters now?

JP: I believe I’m an open mom. I strive every day to become more open, more aware of where I might be closed off. There was no way that my parents—the culture itself—did anything at anytime to make me feel safe to come out and tell them. So I make it safe for my daughters. There’s nothing they can ever do where Mommy won’t love them. They will always be loved no matter what, and they’re perfect just the way they are. Silencing is the first thing that the culture does—the blame, the shame—forcing those who have been harmed to just shut up and shove it under the carpet. So that’s how the culture’s been dealing—or not dealing with—this issue.

I did take both of my daughters when the judge announced his reasons for the verdict. It was important for them to stand up for themselves [just as] Mummy and their aunts have stood up. You stand up for your truth, no matter who believes you and who doesn’t.

In the film, you confront your parents about their inaction in the fallout of this abuse. What is your relationship like with them now?

JP: Initially, I was angry and upset at my parents. I did have blame: “You’re not supportive.” But culture is passed down from generation to generation. What their parents passed on to them, that’s what they’re passing down to us. After the verdict, now that the anger has subsided and I’m able to see their innocence in all this too, including my own innocence, it’s helped improve the relationship. And it’s helped me heal in my heart and not carry all this anger and upset—all of that negatively charged energy—forward.

Throughout this process, what have you learned about yourself?

JP: You have to be your own support. Your family may support you; it might not. But in the end, it’s you who has to dig in deep, and be grounded, and be emotionally balanced and physically healthy to go through something like this. Coming out on the other end, after a decade, it’s like Wow…I persevered. There is that strength that I believe every person has inside, no matter what’s happened to you or how you’ve been harmed. You have to dig in deep, and that’s where your support comes from for you. 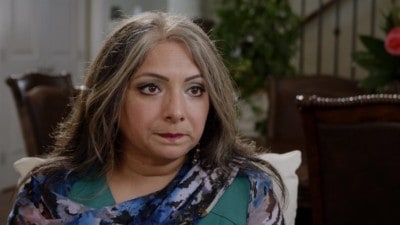 Baljit, what was the hardest part of making this documentary for you?

BS: Bearing witness to what they had to go through—the delays in the court system—was really tough. It took a long time; it took a toll on them. I documented that in the film, but delays in the testimony took years, so they couldn’t even talk to each other about this. You go through this really intense experience in court, but you can’t share it with each other. It was really tough.

What was it like to film the scene where the sisters confronted their parents?

BS: It was emotional, really raw. We didn’t know where that scene was going. While filming, I was quiet- standing behind the cinematographer, and tears were just coming down my face. It really showed the impact of sexual abuse on this family. The girls came forward saying we didn’t feel supported, and then we saw the impact of secrets and lies on them and on the family. It bubbled up.

When we showed the family the film after, I was so worried about that scene. But I think they felt [it] was an honest portrayal of a family. In the film, we try to add context to show what they were living with, coming as immigrants, living in a small town, having these kids, then having family members coming over. They were going through a hard time, and I think they were trying the best they could. But they saw, in that scene, the profound impact of not doing anything.

Last year, the Supreme Court of British Colombia found the accused guilty of four out of six charges of sexual assault. Where does the case stand now with the courts?

BS: There’s this thing called the 11(b) Charter application (“Jordan application”) that you can apply for. That’s what he did, basically saying his rights were compromised because the trial took so long. The Jordan application has been heard by the judge; we’re just waiting on his decision. If he wins, charges will be stayed [and there will be no sentencing]. The system is really flawed.

Does the justice system work for survivors?

JP: Absolutely not. It’s not survivor-centric at all; it’s actually the opposite. It re-victimizes survivors, and it’s very traumatizing. I’m hoping that us coming forward in this way, and sticking with the court case for so long and not giving up in between, is a big eye-opener for the system itself. We live in Canada, and it takes this long—eleven, twelve years—to get through a process?

I’m hoping more questions will be asked about how we can improve this system. It needs to be a more trauma-informed approach. I believe we need a separate sexual assault court that deals with these kinds of cases. You need judges, prosecutors and lawyers that are specialized and highly educated in sexual abuse. It would be much more survivor-centric rather than re-traumatizing them.

Did you get a sense that eleven years is a common duration for this type of trial? Or do you think that the fact you’re a South Asian women played a role?

JP: I think that my abuser was the puppeteer. It seemed to me as if the system were bowing down to him and his needs. [My sisters and I felt that] we didn’t matter, that we had no rights, because we’re only witnesses.

Whenever an adjournment or delay was granted—because the accused has applied for this now, or has changed lawyers, or has checked into a hospital—delay, delay, delay. When the next court date is set, it might be three months from now or six months from now. This trial was adjourned so many times, and my sisters and I suffered. Because every single time we were set to go testify, we’d read our police statements (which are hundreds of pages long), and we weren’t able to testify. Reading your statements repeatedly, over a period of years—having to remember such details over and over again, saying them in court, having to answer questions and relive the trauma—that is traumatizing.

JP: First and foremost, stop blaming and shaming the girls and women, especially within the Indian culture itself, expecting the girl to be submissive and shoving obedience down their throat. And not giving them the same respect that we give our boys. I’m hoping this film will bring some light in each and every home, that there’s some shift into getting away from victim blaming and shaming and silencing, and giving girls the same respect and opportunity that we give our boys.