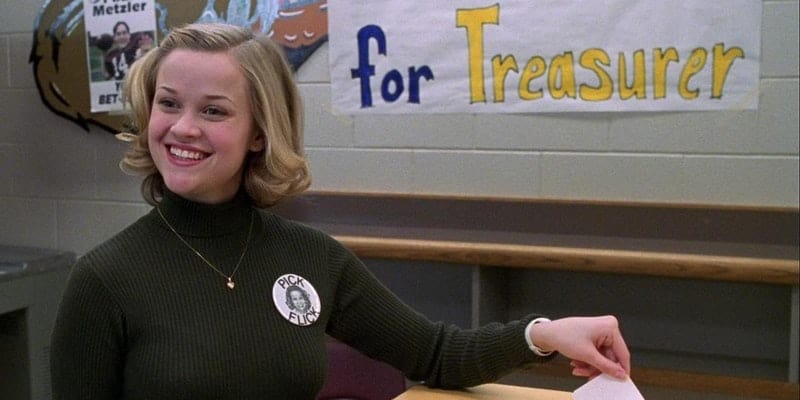 Bechdel Tested is kicking off 2018 with a new feminist film and panel series: Women in Politics! Much to our delight, they’ll be screening the 1990s high school satire, Election, starring Reese Witherspoon.

In Election, Jim McAllister (Matthew Broderick), a well-liked high school government teacher, can’t help but notice that successful student Tracy Flick (Reese Witherspoon) uses less than ethical tactics to get what she wants. When Tracy runs for school president, Jim feels that she will be a poor influence on the student body and convinces Paul, a dim-witted but popular student athlete, to run against Tracy. When she becomes aware of Jim’s secret involvement in the race, a bitter feud is sparked.

Preceding the film will be a panel discussion focusing on women in politics featuring some of the best and brightest minds in municipal, provincial and federal politics. They’ll also have fabulous prizes, special cocktails by Swan Dive, and mingling with other cinephiles, politicos and feminists!

Bechdel Tested: Election touches down at the Revue Cinema (400 Roncesvalles) on Sunday Februrary 18th. Get your tix here.