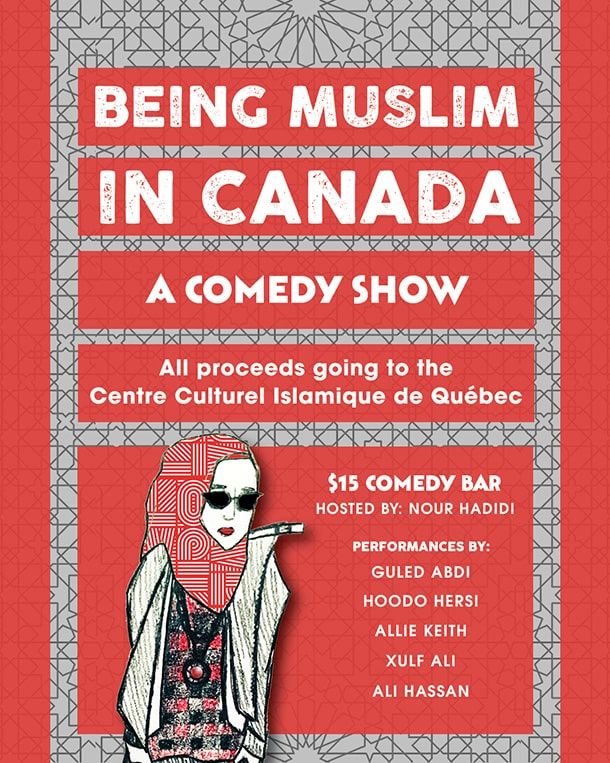 Being Muslim in Canada: A Comedy Show is Happening This Weekend

Being Muslim in Canada: A Comedy Show is taking place Saturday February 25th at 7:00 pm at Comedy Bar.

In light of the recent Muslim Ban, this line-up of brilliant, local Muslim comedians will share their stories so their voices can be heard, supported and celebrated. Proceeds from the show will be going to the Islamic Cultural Centre of Quebec City.

Comedy Bar is located at 945 Bloor Street West. Admission is $15 and tickets can be purchased in advance here. Please note: Online vouchers or Groupons will not be accepted.