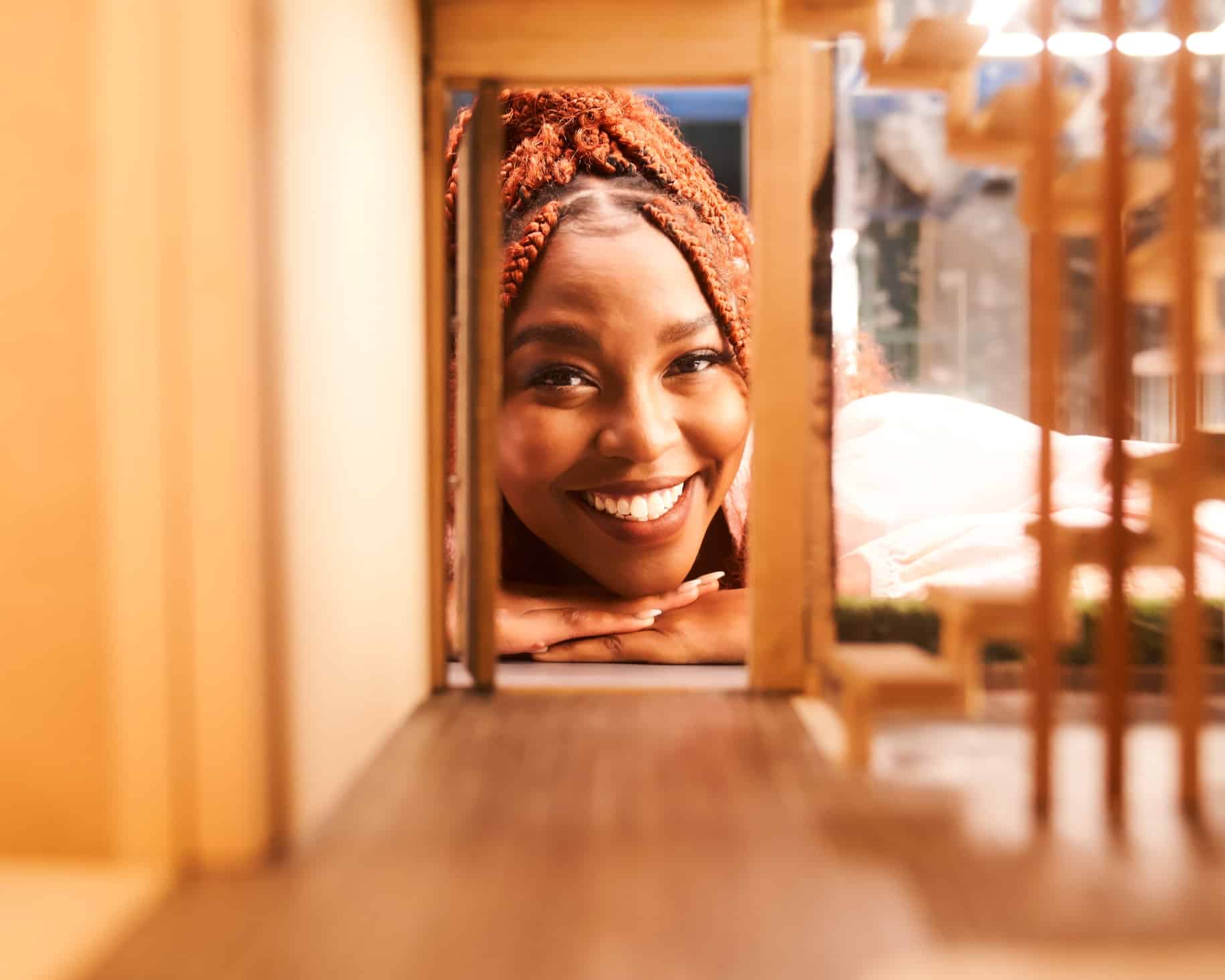 It’s rare that I find a series that both my 7-year-old son and I equally adore, but CBC Gem’s new Best In Miniature, where contestants compete for the best miniature home, captured our hearts and imaginations. We spent Family Day weekend binging the competition reality show, and it was an absolute pleasure.

There’s a lot to be astounded by in Best In Miniature, including the impressive range of homes designed by the contestants, which are as varied as pages of an Architectural Digest magazine. From retro A-frame cabins to shipping containers, luxe NYC apartments to a Medieval Manor, every mini home is completely different from the next. There’s even a mini haunted house that gets increasingly terrifying as the show progresses. 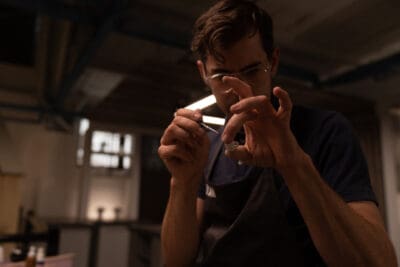 It was around the one-year anniversary of the pandemic when I first began noticing the mini trend emerging on social media. Artistic friends of mine were sharing photos of shoebox-sized home offices or garden sheds that they had built. Their photos were cute, and a little bizarre, but I had no idea that miniature everything was a booming industry (miniature cooking is an entire category on TikTok).

“Everyone is isolated and people are feeling worse for wear. We’re all looking for comfort and miniatures are a sense of comfort for a lot of us,” says Aba, who was familiar with the miniature trend, and well immersed in the growing online community before auditioning for Best in Miniature. “Miniatures are things that I’ve always liked and have used to self-soothe,” she tells me, explaining that she’d often end a work day by watching people make mini models on Instagram. “There’s an inherent gentleness that miniatures force you to have.” 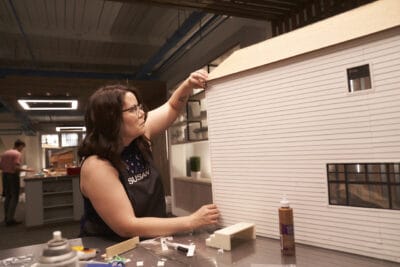 Curled up on the couch together, my son and I marvelled at the craftsmanship, creativity, and care that went into making each mini piece. I now understand what Aba means by it being calming to watch people make mini things—I was moved into a meditative state watching contestants like Steven carve tiny books out of found sticks, or study Suzette paint roses the size of rice grains, and observe Cielo use a doll-size pottery wheel to make a vase that’s smaller than my pinky finger (check out her Etsy shop dedicated to tiny pottery).

“You have to be good at math, you have to be incredibly meticulous and patient, and you have to have an aesthetic awareness,” says Aba, who was blown away by how the mini homes mirrored the personality of each contestant. “It felt like they were all creating extensions of themselves.”

It quickly became obvious that making miniature homes went far beyond being a hobby—there was also a lot of psychology involved. “A lot of the contestants projected their own memories and their own experiences into their miniature home. For a lot of them, they are trying to take a snapshot of a particular moment or feeling,” says Aba. Tears were shed on just about every episode. Sometimes making something triggered a memory, which came with a wave of emotions. 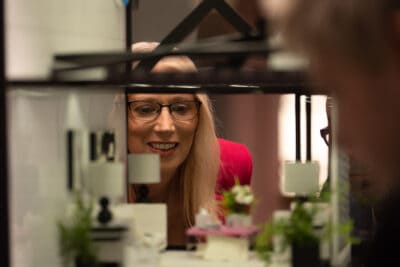 For others, it was less of a look into their past and more of a manifestation for the future. “If I could afford to buy my own home, this is what I’d want it to look like,” was a sentiment echoed regularly on the show. “I’m probably not going to buy a house anytime soon in Toronto, so the closest I’m going to get is a miniature,” says Aba, revealing a sadder side to this craze, or the fact that buying a house is not an option for most, so people have turned to making miniature versions.

Tender, encouraging, and full of excellent puns, Aba is a wonderful host who treads delicately around the room, checking in with contestants under pressure. Through her conversations, we get to know each contestant better, understanding both the motivation behind their work and also the skillful way they execute the challenges. (It also should be said that Aba wears the best outfits; her bright and bold fashion adds an extra element of joy to the series.) 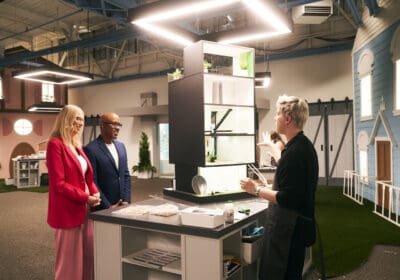 “Make it mini!” my son kept saying while on the way to school today, sharing that Best In Miniature was his new favourite show, possibly his most favourite ever. Without prompting, he shared his feelings about particular contestants who got cut from the competition, and why he missed them. He also relayed his excitement about watching the final episode with me tonight. Of course, we both have our guesses of who will take home the $10K prize.

I would have never predicted that a reality show would provide such an enchanting bonding experience for the two of us, but there’s much more to miniature homes than meets the eye. I may have even been surfing the web late last night looking for a mini kid’s room to purchase him for his upcoming 8th birthday.

Best In Miniature is now playing on CBC Gem.