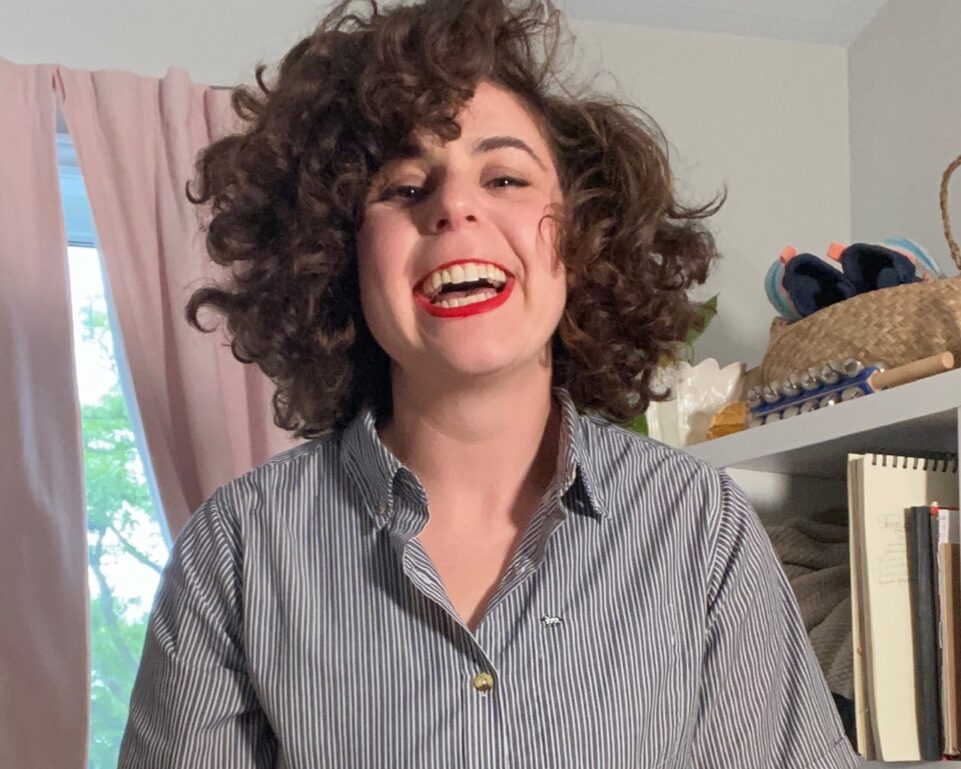 "From high up, recovery looks like a dark ocean. It’s advisable to glide. A recovery parachute may look like a clinic, a pile of books, a juice press, or a solid friend circle."
Life Stories  Recovery

In Toronto, at 5:00 am, December’s wind felt like recovery. As a blizzard buried the night, Sol and I walked home silently. For him, it was a walk of shame. For me, it felt like flying.

Sol had been my sexual obsession for nearly a year. Our relationship began during my most recent manic episode, where I spent the day walking across Montreal, leaving gifts for strangers in public places; where I shaved my head, and stood downtown, shivering in a new pink leotard and white Converse, taking selfies with tourists. Bipolar disorder commanded my life when I was nineteen. At twenty-seven, I shook hands with psychosis.

Sol and I had just spent hours drinking and smoking until we were spineless, tangled and wiggling across the floor of my new loft. It was under renovation. It was lacking a toilet. It was plastic and dust. It was not sexy. As I glided back to my parent’s house, I knew Sol would soon disappear.

He wasn’t my first obsession.

I’ve always felt as if my brain lacked love chemicals. As a child, I wrote myself love stories to cope with sadness and fear. But, as my moods began to oscillate, fantasies became catapults to mania.

Sol and I were in school together in Montreal. We barely spoke. One night, I walked into an event, my head freshly-shaven, no bra, reeking of patchouli. Sol glared at me all evening. In my heightened confidence, I claimed him. Later, I messaged him. We typed seductive sentences to each other until I blacked out. I broke my phone texting him videos and poetry. He’d reply with voice memos and images. We were co-writing a new love story.

Recovery often begins when someone or something pushes you into a chasm of healing. I am exceedingly lucky that my brothers drove five hours to Montreal for an intervention. I called my doctor. I re-balanced my medication. As mania wore off, I began understanding Sol’s mentions of his girlfriend. “I’m calling her my partner, deliberately,” he wrote.

From high up, recovery looks like a dark ocean. It’s advisable to glide. A recovery parachute may look like a clinic, a pile of books, a juice press, or a solid friend circle. As time passed, my parents became parachutes. My dog, Mordechai, was a parachute too. I kept texting Sol and sending him my writing. He wouldn’t reply until April. 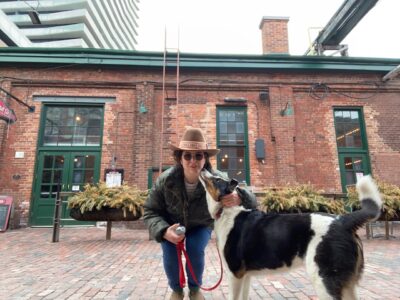 Sol dragged himself into my loft with a backpack full of energy drinks. We spent the night watching movies on my couch, drinking excessively. I tried cuddling but we weren’t sticking. I began to panic. After the movie, Sol went to the washroom and never came back. I found him deflated, smushed against the shower. I offered him the bed. I remember getting into bed with him.

The next morning, I walked to a job interview with hickies on my neck and a hand-shaped bruise across my collar bone. Flying.

A week later, he called me. He said he spoke to his girlfriend. We couldn’t be friends anymore.

I could see the crash up ahead. After nearly a year of flight, I wasn’t prepared to land. I’d hit the ground in a pit of shame and lie there, trying desperately to bury myself in binge-eaten meals, empty wine bottles, and multiple packs of cigarettes a day.

That night, I downloaded Tinder to resist the fall.

My first date, a guy who installed security systems, told me that security is an illusion. “Alarm systems don’t do anything. By the time help comes, it’s too late right?”

For the next couple months, I stuck to virtual dates. I messaged all of my matches with intimate suggestions, writing a new, raunchier love story.

I refused to meet dates in person because I was trying to keep my fantasy self-contained.  When gliding through recovery, it seems best-advised never to tip too far forward. If possible, keep your head up. Look ahead. But of course, if stability were that simple, we’d never need a parachute. I couldn’t keep gliding. I either had to land, crash or somehow find a new elevation. After months of virtual dating, I spent a few more months trying to reach the height of a new fantasy by meeting my dates in-person.

That summer, on my third or fourth in-person date, I met a soldier, a gorgeous, sensitive floatation device. And, even when he ghosted after two months, I tried to keep his fantasy alive by texting him but he refused my attachment. I went on more dates with men who were shockingly real. I started to fall, quickly. On Halloween, I went out with a man who made sure I was drunk within an hour of meeting him. He led me to his house and a short while later, I found myself kicking him in the chest so that I could escape from underneath him. I cried for a week. And, if I kept crying, if I deleted Tinder, if I let myself sway into a state of calm, I might have recovered. But, I kept kicking my feet.

Nearly a year later, Dan and I sat in an empty bar drinking while he told me about prison. “I’m not telling you why I went,” he promised, “but I’m not going back because I love my daughter.”

Earlier, while we walked between bars, he grabbed me by my ass and stuck his tongue down my throat.  I had to sit across from him in the light to see that, maybe I am better than this. And if not, then it’s time to get better. He followed me out, grabbed my hand and started kissing me. I shoved him but he wouldn’t release. I stared at the security guard by the door. He looked away.

There was no further to fall. Dan let go of me to light his cigarette. I ran. He called me four times on my way home. I blocked his number.

Before sleeping, I wrote Tinder a letter, detailing my date with Dan. I didn’t want anything from Tinder. But, writing the note helped me cut the chords, wave goodbye to my parachute, and brace myself for something new.

In the morning, I drank pressed juice and read great books. I took Mordechai on long walks. After months of celibate, wholesome, medicated reality, I let myself respond to some Instagram messages from a guy I met at a party a year earlier. We had mutual friends. I liked him. He messaged me a few times and when I was steady, I invited him for a walk with Mordechai. A week later, I watched him swing a large branch around for Mordy. All of us were smiling. I felt my feet firmly in the mud. Landed. 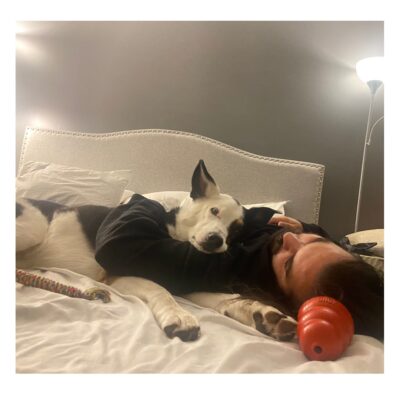 Rachel Ganz is a Canadian Jewish playwright and essayist from Toronto. She holds a Bachelors of Science in physical anthropology from the University of Toronto as well as a certificate in playwriting from The National Theatre School of Canada. She was the 2015 recipient of the Sybil Cooke Award for her play The Dumb War. Her work has been featured in Niv Magazine, Elemental, The Coalesce Collective Spring Quarterly Edition and Intermission Magazine. Rachel is currently an MFA student in Creative Nonfiction at the University of King’s College where she is researching and writing her memoir, ‘Where the Panic Goes: A survival and a haze’ investigates the connection between her grandparents’ Holocaust trauma and her mental illness. Find her on Instagram @rae.zel.

"From high up, recovery looks like a dark ocean. It’s advisable to glide. A recovery parachute may look like a clinic, a pile of books, a juice press, or a solid friend circle."