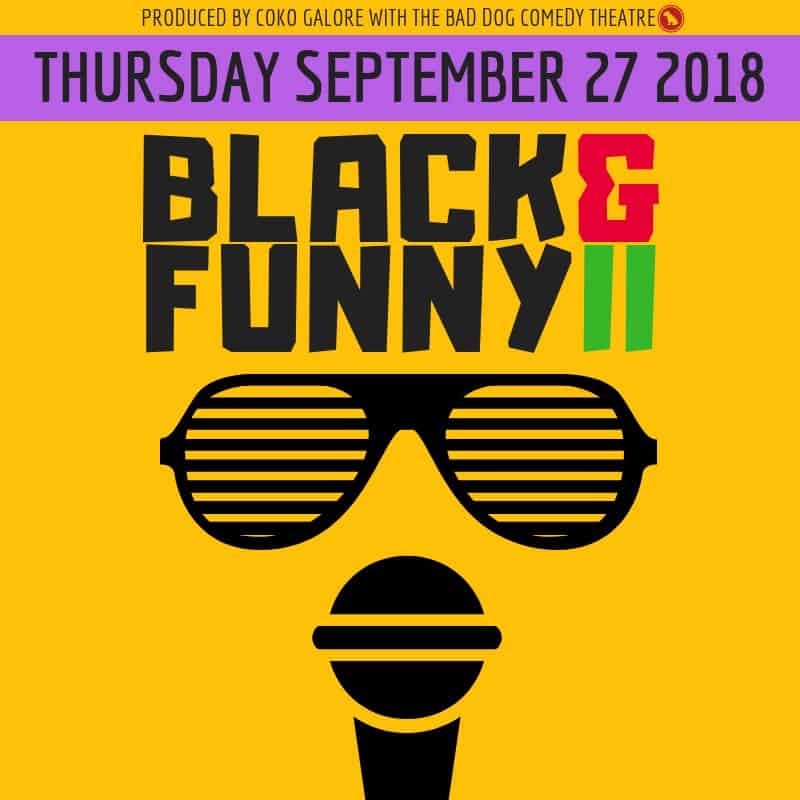 After a sold-out Black History Month celebration in February, Black and Funny is returning to the Bad Dog Comedy Theatre on September 27 for a second edition of Toronto-based stand-up, celebrating Black excellence in comedy.

At 9 p.m., women/women-identifying performers will take over the stage for a mix of character comedy, stand-up and improv, featuring Just For Laughs’ Aisha Brown and OFF-JFL featured troupe (and hometown favourites) Coko & Daphney.