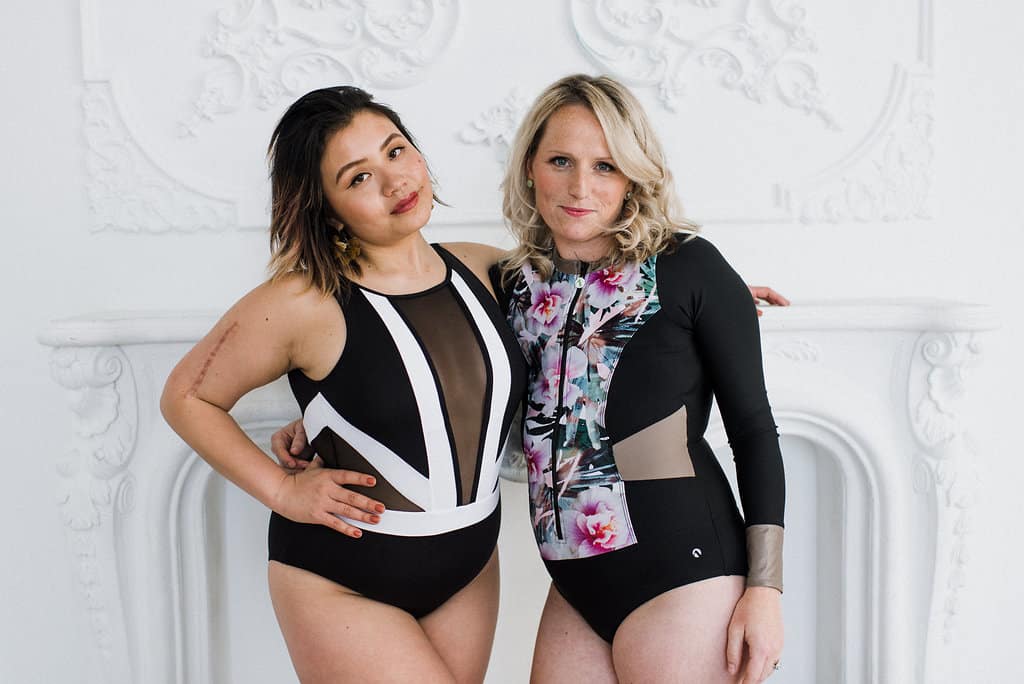 Body Confidence After Cancer: Swimco Photoshoot with Carolyn and Nikki

Canadian swimwear retailer Swimco approached me early this spring, requesting I write a story to share their line of bathing suits that celebrates all body types. Obviously I was keen to do this, because every woman should feel good poolside, but I also wanted to hone in on a theme that I find particularly fascinating: recovery and self-esteem. When it comes to body confidence and self-love, how does illness change our perspective?

When Carolyn Van was twenty-eight, she had a relentless cough that wouldn’t go away. After months of trying to manage it like a cold, she eventually went to her doctor and was given a requisite for an X-ray. They discovered a mass that was squeezing against her heart and lungs. In a matter of days, Carolyn was receiving rigorous treatment for lymphoma cancer.

For Nikki McKean, the discovery of cervical cancer happened when she was thirty-five, shortly after the birth of her second child. When she was thirty-seven, a new cancer emerged. Just a few months ago, Nikki had a double mastectomy to cut out the Invasive DCIS (Ductal carcinoma in situ) breast cancer.

A leader in STEM Education, Carolyn is the Director of Program Design for Canada Learning Code; Nikki is a highly sought-after photographer, as well as the co-owner of Café Cancan and Piano Piano, two beloved Toronto restaurants she runs with her husband and Chef Victor Barry. Both women have big careers that they are passionate about–that fulfill them–and cancer interrupted their busy lives dramatically. The two women were forced to stop everything and focus on their health, their bodies and their recovery.

Truthfully, they have a lot to complain about–life has been unfair. But that’s not how they choose to live. The energy Carolyn and Nikki put out into the world is anything but resentful or bitter; rather, they project a warmth and positivity that is felt by those around them. I have been deeply affected by both women, from their radiant smiles to their approach to living.

“People are always like, ‘THAT WAS A SHIT YEAR FOR YOU!’ And you know what? It wasn’t. It re-aligned me with myself, with life and my body,” says Carolyn, who feels as though cancer was a catalyst for positive change. “It was really painful, and at times I had no idea how I would get through it, but then I’d think of ten awesome things I could do, like drink a glass of water without a chemical taste in my mouth or shower by myself. All the little things we take for granted became miracles. When you’re put in a situation where all you need to focus on is being able to inhale and exhale, you learn to not give a sh*t about back fat or belly pudge.” 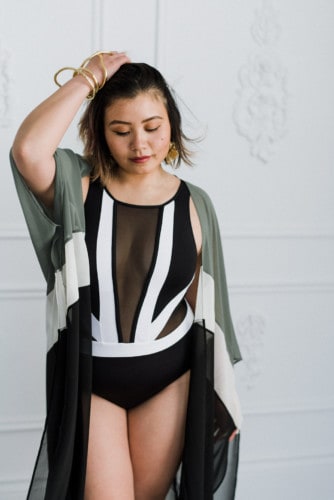 Of course, Carolyn was angry at times. Who wouldn’t be? Her life journey was ruptured: beyond fighting cancer, the rigorous chemotherapy rendered her infertile, she hit menopause in her early thirties, and her body drastically changed. But through it all, she gained an appreciation for life and a sense of awe for her body. “I am really happy to be here. As someone who works in tech, I learned to appreciate the human body. Nothing beats that technology. Nothing is as complex. Think about when you get a cut–the cell regeneration! I think about all that I’ve been through, and I’m still here! I’m healthy, I’m breathing. I love my body now more than I ever have. Beyond acceptance…I LOVE IT.” 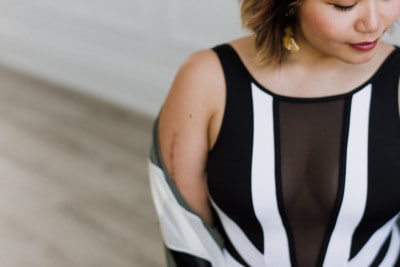 For Nikki, the sentiment is similar. Battling cancer forced her to listen to herself, and in doing so, life not only became easier to navigate but her sense of self also expanded, which opened up a deep well of self-love.

Finding time to be very still and quiet, in order to cut out the outside news and tune into her inner voice, has been a vital exercise for Nikki’s ongoing healing. “Before doctor’s appointments, I was really strict with quiet time. No children, no husband, no one. We’re so mouldable! Through fear, through opinions, through experience–and all of those things can be really helpful. But sometimes it’s important to know intuitively what feels good to you,” says Nikki, whose daily practices of meditation and yoga have helped her honour her body. For a while, Nikki felt as though her body was failing her, but through the help of a trusted mentor, and by listening carefully, she realized that it was doing the opposite: it was working so hard for her. “It’s so resilient if you let it be.” 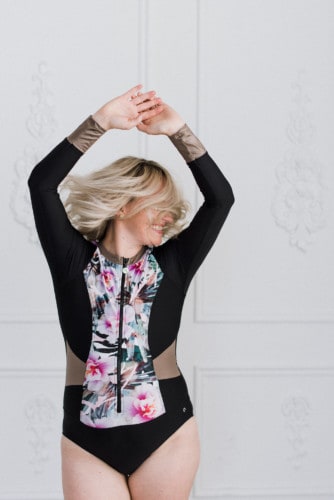 With breast cancer, and specifically getting a double mastectomy, Nikki came to terms with the fact that we are more than our bodies. “I didn’t get the sense of loss that a lot people talk about. If anything, I felt free. Free of having to worry about the body.” When you realize that you are not your boobs, your butt, your legs or your waistline, the possibilities are infinite. 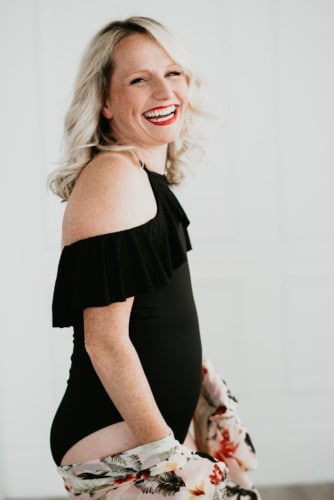 We’ve finally hit an era where all women’s bodies are being celebrated by society, by retailers like Swimco, by advertisers and by media, and while the shift in representation definitely helps women appreciate the skin they’re in, self-love comes from inside. It’s not something that flicks on overnight; it comes from a place deep within. It isn’t reflected by a mirror but rather is built and nurtured by self-respect. There isn’t an easy fix to feel great about your body, but there are ways to reframe our thinking in order to help get us there.

Still, our inner voice can be harsh at times, but Carolyn nails it: “Women–and feminine energy–is the most powerful thing out there. I don’t think anything beats it. I don’t think anything comes close. What our bodies are capable of…are you kidding me?! We are the most powerful entity out there.” We both laughed, but that is truly a mantra for the next time you are feeling self-conscious.

This summer, while I swim, soak in the sun, and play in some waves, I’m going to pause, think of these two warriors, and listen to myself breathe. With approximately 20,000 breaths per day, surely I can find a moment to appreciate one or two of them and thank my body for all that it is–for all that it does.

Find something you love here, and feel awesome in it, because your body is goddamn magnificent.

Swimco was founded in 1975 by Corinne Forseth in the basement of her family home. Now in its second generation, it is owned and operated by Corinne’s daughter, Lori Bacon, along with Lori’s husband, Dave, and her brother, Steve. Lori has worked with Swimco for the last thirty-five years, helping to shape it into Canada’s premier swimwear retailer. Their mission is, and has always been, to instill confidence in their customers by fitting them with swimwear that makes them look and feel their best.