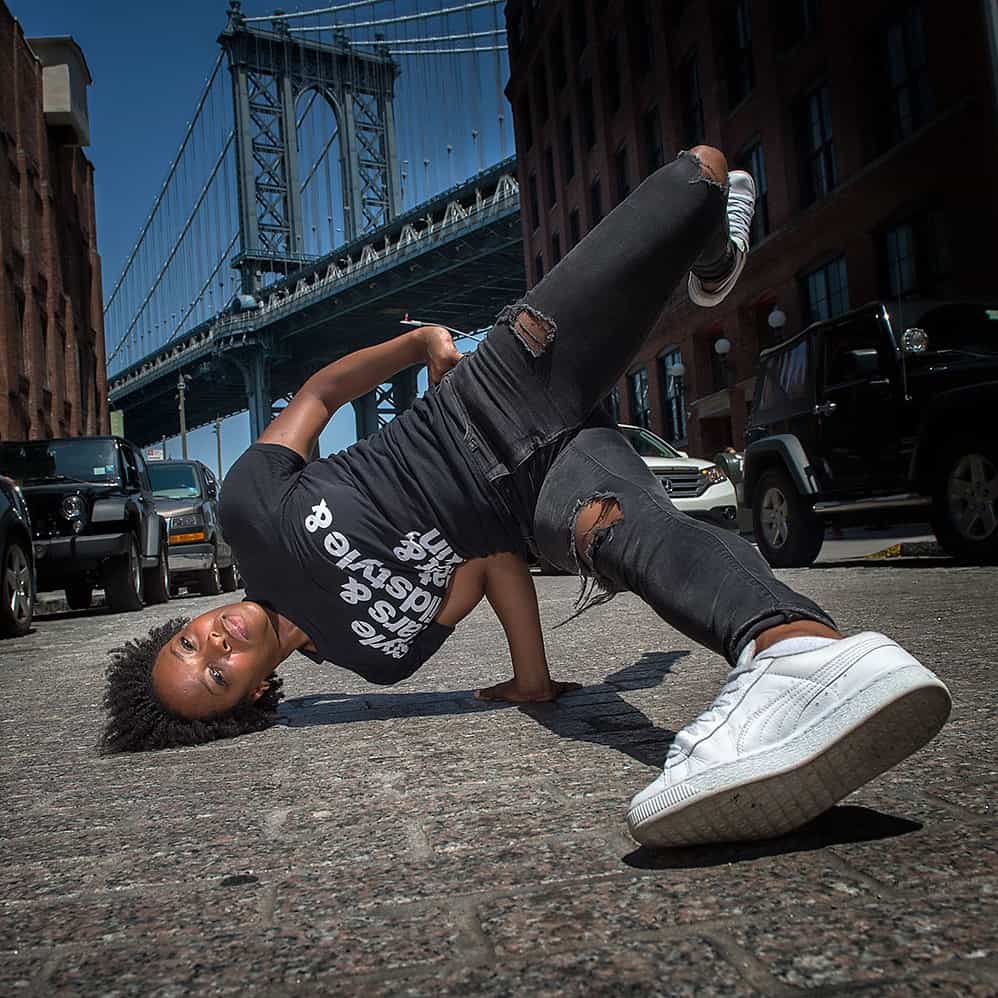 Judi Lopez got into breakdancing while teaching English in South Korea. “I was bored and looking to be social,” she says. “I sought a breakdancing class that was only for girls. They were doing amazing stuff that I’d never seen before, and I just got hooked from there!”

When she got back to Toronto in 2012, there was virtually no b-girl community. “I would go out and get down, get in the cipher, and a lot of girls would be surprised that I was a b-girl. They’d be like, ‘You break? I want to learn. Can you teach me?'” That gave her an idea.

Lopez is the founder and project director of KeepRockinYou, an artist-based collective that seeks to inspire young women by generating new avenues for them to grow, become empowered and stay true to themselves. She has fostered the development of the Toronto b-girl community by starting The Toronto B-girl Movement, a program designed to influence young women to step out of their comfort zone and try something new and uncomfortable, but liberating: breakdancing.

SDTC: How do the girls react to the program initially?

JL: Girls love the dance. They would go in the circle and do other styles of hip-hop, but a lot of them did not break. When we started doing the program, and we’d go to events, we’d encourage them to at least touch the floor, or do some sort of footwork on the floor instead of sticking to what’s comfortable.

I think when people are starting – boys and girls – there’s a sense of intimidation. They’re nervous because you are dancing with people in a circle who’ve been doing it for years, so their level is a lot stronger. It is intimidating.

Dozens of girls have gone through your program. Do any stories in particular come to mind?

A number of girls have come through the program who, when they started, had absolutely no rhythm. They were really shy and awkward,- and they’ve found a sense of identity.

There is one girl in particular who I feel has become a lot more aware of her feminine side since entering the program. She’s really opened up and strengthened her style of dance. And she’s continuing to break and to persevere and enter into battles. She was in Vancouver this weekend for a b-girl battle and she made it to semi-finals. Stuff like that I really enjoy hearing. Other girls have said, “Without this program, I didn’t think I would ever be in breaking.”

How receptive is the larger breaking community to b-girls?

Predominantly it’s good. Of course, a few people don’t understand [our program] and just challenge the notion – they wonder why it’s only for girls. We’re like, really? But a lot of guys are very encouraging. They’ll reach out to girls and help them practice – which is what we push for. We want a lot of outside help within the community to encourage the girls not to be intimidated when they go to jams.

We’ve had people that test us and think these girls should be professionals at the end of three months. That’s not the case with this dance. You have to be dedicated and committed to it. You’ll probably see results after a year or so. But you have to be dancing consistently to see some growth. We really don’t focus primarily on the dance. Our mission is for girls to feel empowered and confident. We teach the basics and the foundation – we want them to get it and do really well but also step outside their comfort zone. There are a lot of girls who have been in the program who are present at the events – not just spectating but participating. 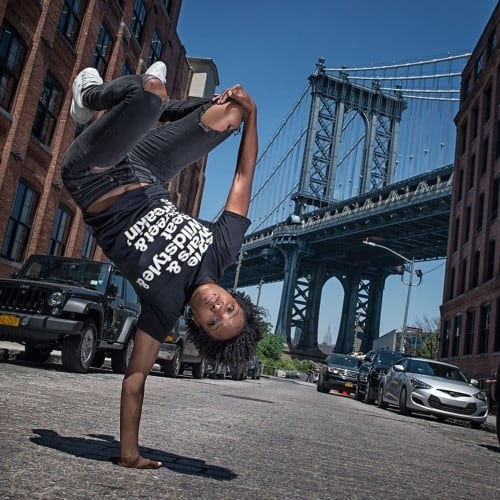 How has the scene changed in the last five years?

Tremendously. I didn’t even realize it until someone pointed it out. I was like, oh we haven’t made any impact in the community. One of the girls in the collective was like, “Are you kidding me?” We went from, like, three of us to – I can’t even count how many girls have participated and continue to dance.

We did a Bonnie & Clyde (b-girl/b-boy) battle where the girls have to partner with a boy. There’s been an attempt to do Bonnie & Clyde’s before but there were never enough girls. It turned out to be the biggest battle ever – about twenty girls participated.

What do you love most about breakdancing?

It’s supposed to be a freestyle dance. There’s no one connecting these moves to a choreography, which is what I came from before, where you have a teacher and follow what they do. With breaking it’s fluid, it’s creative, it’s an individual style of dance. You do the moves that you want to do based on how you feel at that very moment. No one is copying you, no one can copy you. You do whatever you want.

Most difficult move to master?

It’s different across the board. For me, it’s just power moves – those dynamic, gymnastic looking moves that take a lot of power and strength to do. Headspins, windmills, things that will turn you upside down, or lay you out on your back. You can’t just learn to do them overnight.

What separates a good dancer from a great one?

A great breakdancer is someone that is creative in the way they dance. They’re different. They also understand and respect the foundation of the dance. They do all of the levels of the dance, the TopRock, the go down, they do footwork, power moves and freezes. Not necessarily in that order. But they really bring a different style and flavour to the dance.

Is it possible to learn rhythm?

Absolutely. If girls come into the program have no rhythm, I tell them to listen to hip hop. You need to listen to the music. Even to just do a basic two step – to hear the different sounds in the music. The beat, the snare, the high hat. Recognizing these beats because they change. In hip hop, jazz and funk, the beat is typically consistent – the beat is on the two. One-TWO, three-FOUR. Clap on the two and the four. It’s really getting that and not getting confused with everything else between there. Then once you get that down, you can progress to everything else. Everyone can dance, but some are just better than others.

Luminato Festival has announced their virtual lineup, and it’s awesome