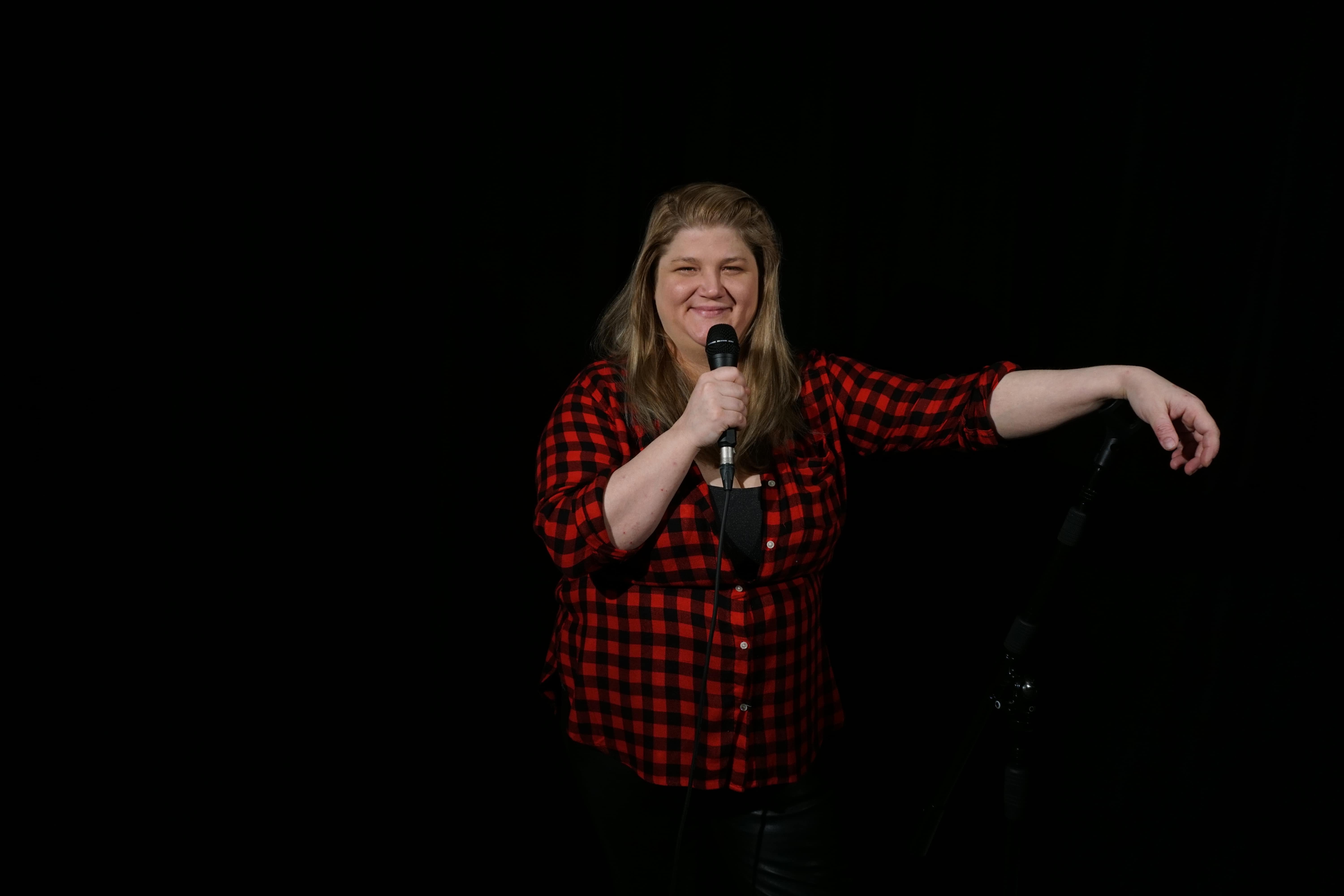 Brittany Lyseng Is On Her Way Up

This week, Sirius XM’s Canada’s Next Top Comic semi-finalist Brittany Lyseng drops her debut album, ‘Going Up’.  Lifting stories from her own life and experiences, the album boldly tackles feminism, sex, drinking, beauty standards, marriage, the pressure to have kids, and what it’s like to be a woman in a male-dominated industry: Lyseng was Alberta’s first female elevator mechanic.

“I’d always wanted to do comedy but I was never sure how to get started. Then my dad had a heart attack (he’s fine by the way), and it made me realize life is short. So I figured; I don’t have much time. It’s time to start chasing your dreams.”

Six years ago, she performed her first set — an open mic night in Calgary. It was stressful, but she didn’t bomb, and was blown away with the response.  “When you first start telling jokes, you’re mostly making fun of yourself, figuring out how to make people laugh,” she says. “Since then, I’ve really come into my own. My topics haven’t changed, but certainly my approach has changed.” She points to Sarah Silverman as one of her biggest influences, as well as Mike MacDonald, a fellow Canadian.

Lyseng is one of few comics who have worked their experience in the trades into their act. “It’s truly two polar opposites, this lifestyle versus that lifestyle,” she says. “But I certainly don’t miss being up and on a job site at five in the morning!” Becoming an elevator mechanic wasn’t a long time dream; it was something she fell into. “Just like every mediocre Alberta hockey player, I just ended up with a hammer in my hands,” she laughs. But the pay was good, and she was grateful for the opportunity, despite the danger involved. “There are near misses; you’re up a long ways. One wrong step and you’re over the side — 50 storeys down. Luckily, I never witnessed any tragedies happen. It’s scary every day, you have to be very intense and focused.”

Suprisingly, Lyseng sees a lot of commonalities between the elevator mechanic industry and comedy. “That prepared me for this — you’re in a car by yourself with (usually) another guy; you’re in a little town, in a dingy motel. Being in a male-dominated industry as a woman, you have to be ready for everyone to think you’re not going to be funny. And learn how to deal with that stuff; to stay out of your head. That’s other peoples’ impression of you. I was prepared for doing that by doing 12 years of mechanic work; it gave me a leg up.”

Now her workdays look a whole lot different; she’ll book the next few months of appearances, figure out the logistics of how to get there, and fill her week with gigs–finding pockets of time to write jokes in between. “I’m on the road 30-40 weeks out of the year,” she says. “Lucky for me I like to drive, so I use the time in the car to unwind.

Lyseng has learned that comedy is a continual leap of faith. “It’s absolute insanity to believe you can get in a car, and go to a city and make people laugh so hard they’ll pay you,” she says. “That’s a crazy thought to have, and it’s taken me the last six years to embrace and trust that.”