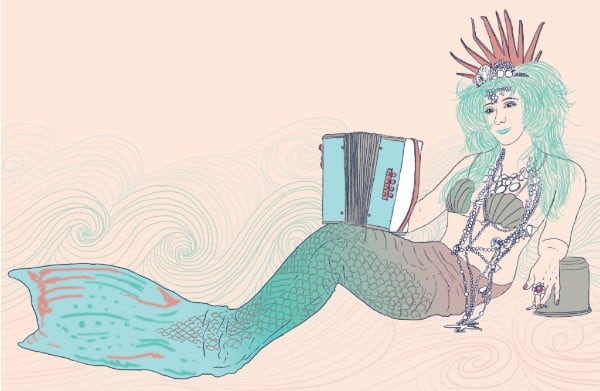 Building a Podcast Legacy: In Conversation with Kaitlin Prest, Whose Latest Series “The Shadows” on CBC Launches at AGO’s First Thursday

An article published in Fast Company this past spring estimated that there are over 525,000 active podcast shows in the world right now, and over 18.5 million episodes. How does one cut through the noise and get noticed?

Kaitlin Prest was a Cultural Studies student at Montreal’s Concordia University in the mid-2000s when she first discovered her love for sound. “I remember going through the doors at CKUT and being like, ‘OH MY GOD.'” It was in that moment when she realized she would spend countless hours in the campus radio station building. “They were anti-hierarchal; you didn’t need to fill out a form, or make an application, or climb any ladders.” As a devoted anti-establishment activist, Kaitlin loved their structure. It wasn’t long before she found a home for her voice on the station’s Audio Smut programme.

With Audio Smut taking off in 2008, and the podcast world only truly exploding two to three years ago, Kaitlin has longevity on her side, but while that has contributed to her success, it is her passion, drive, skillful sound design and subversive voice that have allowed her to thrive in this space.

In 2014, when she created and hosted The Heart on Radiotopia, her fan base exploded. “We were still radical, still queer, and still going to make you feel uncomfortable while holding your hand, but we weren’t just about sex and sexuality anymore.”

The Heart explored intimacy at large. On the greatest lessons it taught her, Kaitlin first talked about the business side of things: “Audio Smut was an anarchist collective. I wouldn’t put my name on it. The Heart was taking the step from punk rock and doing it for the love of it—taking a step forward, not only to legitimize ourselves in the podcast world, but also financially. Creating a company where people get paid for their work—contending with capitalism, and being a feminist organization trying to succeed in a capitalist society. Learning, as a woman, how to own the work that I do. It took me fucking NINE YEARS to own the title Creator,” she exclaims. I get it: as women, we often hide behind our work or suffer from imposter syndrome. “I learned how to have respect as a maker and put my name on my work.”

Running parallel to the lessons of growing a business have been lessons of love, as Kaitlin has explored since her early days on Audio Smut, and now with The Shadows on CBC. “I’m an artist who is exploring power and love. I think I’m going to do that until I die. What The Shadows is doing is looking at the myths that we use to justify our lives and our hardships, taking them down, or holding them up to the light and asking, ‘WHAT IS UP WITH THIS MYTH THAT I HAVE MEASURED MY LIFE AGAINST?'” The first season is about looking at the myth of romantic love.

In our lengthy conversation (which I adored), Kaitlin cited a few authors who’ve influenced her ideas on love. In her book, All About Love, Bell Hooks closely examines a quote from Toni Morrison’s The Bluest Eye, wherein romantic love is described as the “most destructive ideas in the history of human thought…originated in envy, thrived in insecurity, and ended in delusion.” It’s a statement that Kaitlin is nervous to agree with, but not scared to explore. “So many people believe that love just happens by itself, and that idea, I feel, prevents us from loving the people that are in our lives. Waiting for this magical thing…a fucking fantasy.”

We share a little about how new relationships always come with fire and excitement, and that that ultimately quiets down. Studying the heart closely, listening to it, Kaitlin is arguably a love expert, and for those feeling a lack of spark, she has this to say: “People who stop being in love with their partners, in that magical explosion way, just aren’t courageous or creative enough to keep it alive.” And so she’s out to write her own new myth, one that will likely save many relationships: there is romance in being with someone each and every day. “All the stories we tell about love are always about the beginning. That’s dumb!”

Believe in love, but your own version. The beauty may not be apparent; find it in The Shadows.