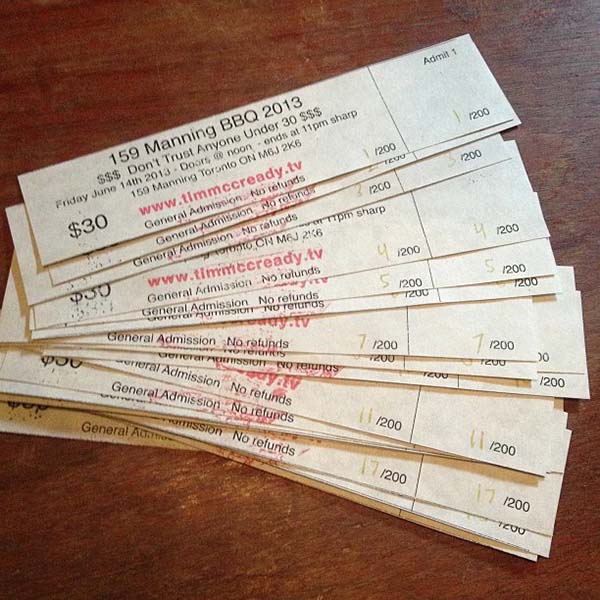 This week’s party pick is an afternoon party because, hey, why not? Also, it’s NXNE. And 159 Manning parties are always a good time, so you should probably book off work this Friday.

Starting at 1pm and ending at 11pm, the 159 Manning BBQ (159 Manning Ave.) is brought to you by Tim McCready and Beau’s All Natural Brewing Co. The party features live performances on three stages by Tim and Ray McCready, Breeze, Lost Babies, Joseph and the Mercurials, Fill Spectre, Biblical, Choir! Choir! Choir!, Young Mother, The Most Loyal, Sacred Harp Singers, Greys, Buck 65, and a surprise guest. DJs Joel French, OMGBLOG.com, and Taiza play the backyard throughout the day while Nick Chen-Yin, Paul Keodprom, and Alex Tran serve up North Carolina-style pulled pork and more.

BYOB + affordable refreshments from Beau’s, with 50 percent of the refreshment proceeds being donated to the Music Box Children’s Charity. Tickets are limited and available now at Rotate This and Soundscapes for $30 (includes food).