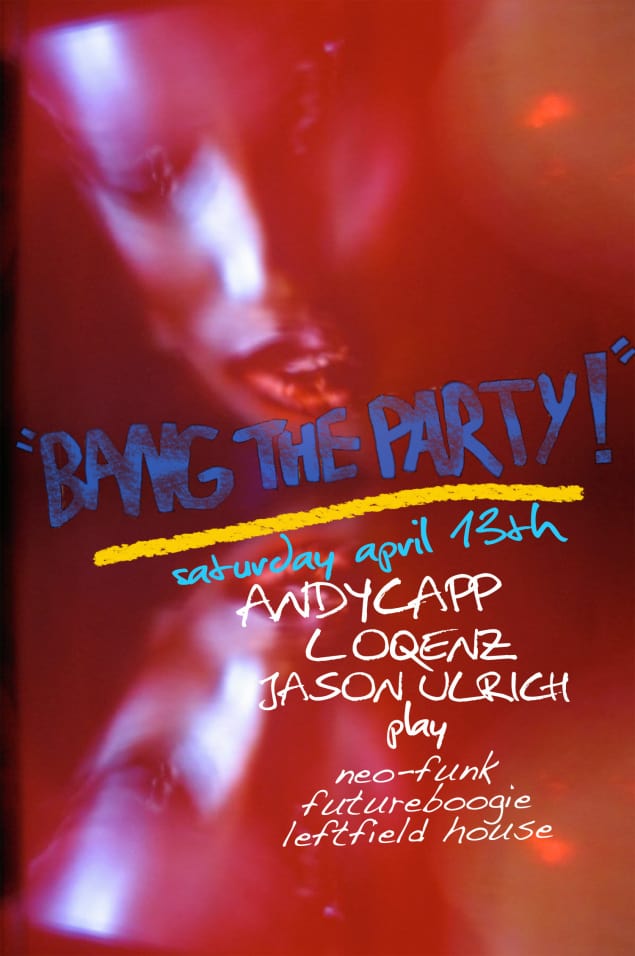 Caitlyn’s Party Pick of the Week: Bang The Party! at Bunda Lounge

Rejoice! After a five-month hiatus, Bang The Party! is back and has a new home at the recently renovated Bunda Lounge (1108 Dundas St. W.). As always, the focus is on good grooves and good vibes, so ready your dancing shoes for Saturday night.

If you haven’t yet experienced Bang The Party!, resident DJ Andycapp describes it as “a return to the ideals of the late 1970s and early 1980s New York scene: a time when pop, art, and dance music had not yet been divided and when disco was in bed with everything that moved.” Sexy, no?

DJs L’Oqenz and Jason Ulrich will be joining Andycapp on the decks this month and you can expect to hear just about everything under the sun as long as it’s soulful and it bumps (i.e. neo funk, futureboogie, leftfield house).