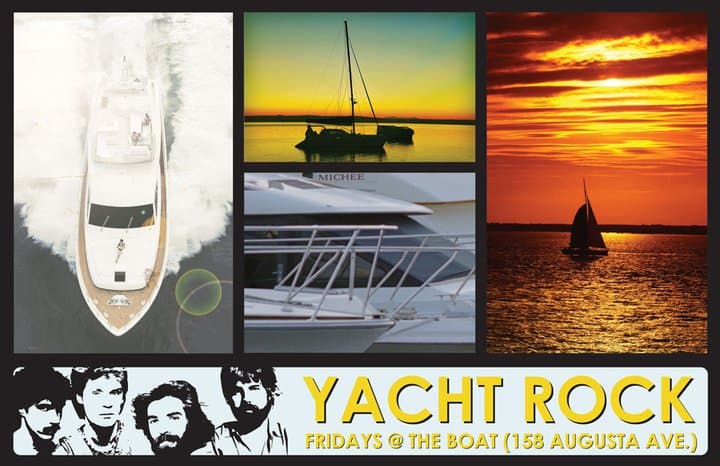 Caitlyn’s Party Pick of the Week: Yacht Rock at The Boat, Friday February 1

Imagine yourself as a yuppie yacht owner cruising the open seas with the wind in your hair and Hall & Oates playing in the background…this is the essence of yacht rock. As a musical genre, it’s a type of soft rock music that peaked between the years of 1976 and 1984. As a dance party, it’s “a night of dancing to the smoothest music you’ve ever heard in your life” at the very appropriate nautical-themed bar The Boat (158 Augusta Ave.). It’s also the type of dance party I imagine my 1970s-era dad (RE: Dads are the Original Hipsters) approving of, which makes me like it even more. Doors at 10pm, $5 to step aboard.