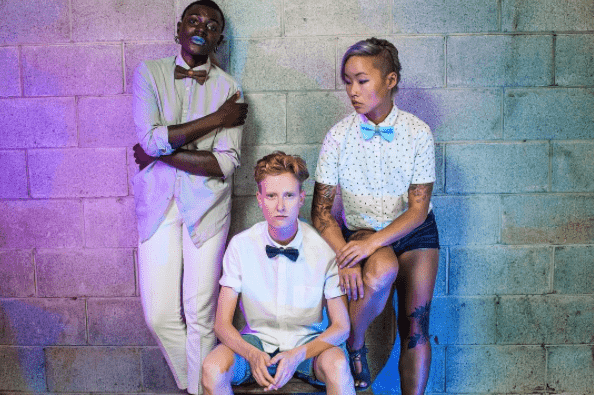 Celebrate Transgender Day of Visibility with #tiestolove on March 31st

Tomorrow (Friday, March 31st) is Transgender Day of Visibility, which celebrates the courage and boldness of trans voices in our community – a community that is often defined by high youth suicide rates, unemployment, and other negative statistics.

Jack Jackson (Toronto-based fashion designer and owner of alljackedup) produced a video asking trans people to step in front of the camera and read a letter to their younger self about what life would look like in the years to come. Using the hashtag #tiestolove, the video offers a hand to those just coming out and provides support across generations.

Jack Jackson knows how important visibility is for the trans community: “Growing up in a small island, I didn’t know any transgender people; all that I knew was that transgender was something bad. When I was questioning gender, I felt a huge amount of shame. Today I feel none. Today the trans community is stepping up to define ourselves, to tell our own stories and to be seen and accepted for who we are. If we can reach one single trans person who is struggling with their identity to let them know that they are not alone, to give them the strength to carry on, then we’ve done our job.”

During the month of April, alljackedup (via their Ties to Love™ Campaign) will donate $1 from the sale of each ‘Ties to Love™’ lapel pin to the Transgender Youth Clinic at Sick Kids Hospital, Toronto.

Click here to purchase your pin and support the Transgender Youth Clinic and the Ties to Love™ Campaign.