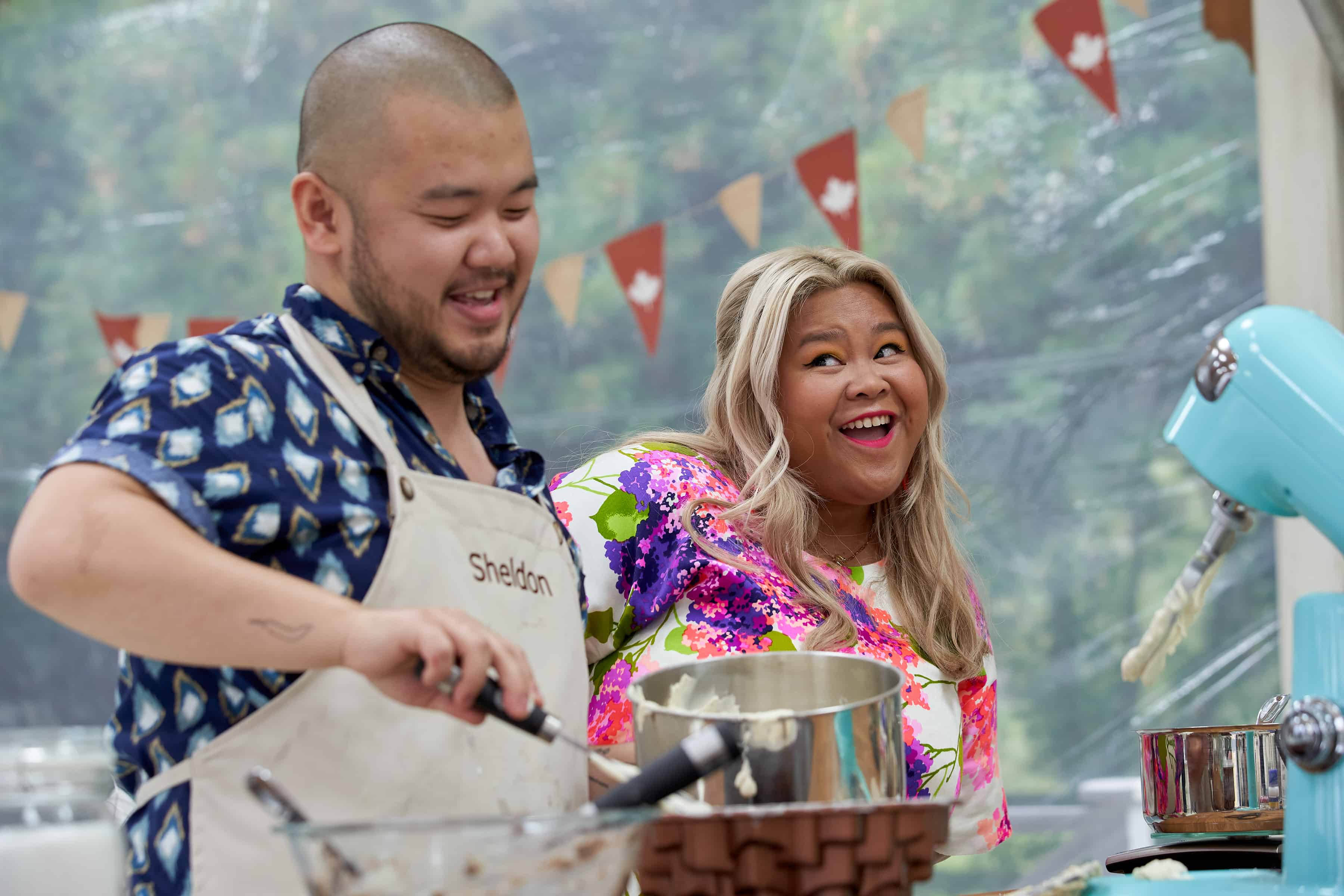 The Second City alumni bring whip-smart humour and expressiveness to the sweet and feisty CBC series. Hungry to get some  behind-the-scenes details in advance of the show, we caught up with Ann to chat about dessert, science, and hosting a reality series during the pandemic.

You’ve shared before that you’re not much of a baker, and now you’ve a had an intense crash course. What’s the biggest lesson you learned on set?

You could bake something 100 times before, but it doesn’t guarantee a 100 percent success rate. There’s so many external influences that contribute to our successes and failures that are out of our control.

In baking specifically, you have to factor in your environment i.e. Is it humid or dry in the room? What’s the ambient temperature? Where’s the hot spot in your oven? Even though bakers have their recipes, which they follow exactly (because duh baking is a science), it doesn’t always turn out the way they wanted it to. And I think that’s an important lesson for life: You could follow your “recipe” perfectly, but there’s a lot of things going on around you, completely out of your control, that will have an effect on your life. Whether it’s for better or worse, it doesn’t take away from the skills you have or the effort you put in.

I also learned that not everyone loves butter?! Some people actually prefer… shortening?! That one blew my mind, but hey, to each their own.

Now that you’ve seen the bakers in action, what do you think are the greatest skills needed to succeed?

Practice, practice, and research. For all the future Baking Show contestants out there, you can make a cake a million times, but if you’ve never made a cake in the tent, it’s not gonna go exactly how you want it to.

There are so many environmental things to factor in, as well as working within a time constraint. People overlook the fact that baking is basically a bunch of delicious chemical reactions. While you can’t prepare for things like the Technical Challenges, you can improve your understanding on the ingredients that you KNOW you’re gonna use: butter, flour, eggs, sugar, etc, so you’re a little more prepared to troubleshoot if and when you hit a little bump in the road. 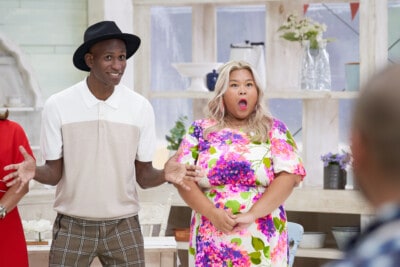 What dessert always brings a smile to your face?

Mochi because it’s just so squishy and cute. Like me!

What was it like to shoot during the pandemic?

It was exactly what you’d expect: PPE was everywhere, people were extremely limited to what zones they could go to on set, everyone took it incredibly seriously.

The most striking thing was how easy it was for everyone to agree upon these conditions that made all of our jobs a little harder, because we knew doing so would help protect each other and ourselves. You don’t see much of that in our current world, unfortunately. But it’s incredible what a group of people can accomplish during a pandemic when we all work together and respect each other.

Baking has been huge this year. Everyone’s searching how to make sourdough, and sharing their freshly-baked loaves on social media. Why do you think it’s been such a craze?

Because we’re trapped at home. Is there any other reason? Whether it’s boredom, trying to maintain creativity, or you just want different food to eat, we’re mostly stuck in the same four walls. What else is there to do? Seriously, someone let me know, because I’m absolutely losing my mind from boredom. 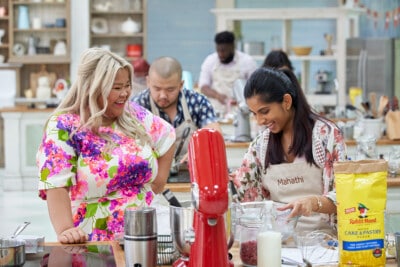 What did you learn about yourself while doing this project?

I love my job and I’m deeply unhappy when I can’t do it. Is that depressing? Doesn’t matter, it’s real!

What was the most challenging aspect of being a host?

Honestly? Standing in heels for 10-12 hours a day when I’d spent the last 5 months basically lying in bed or sitting on my couch. And it wasn’t the heels that necessarily made it hard: it was being upright that I struggled with. I love sitting so so so much.

People love this show. In your opinion, why is it so successful?

Because it’s comforting and joyful. We could all use more comfort and joy in our lives. You can never have too much!