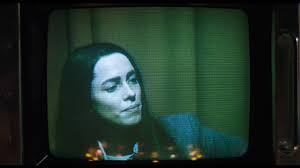 Our fave film series – Bechdel Tested – is back for its fourth installment. This time we’ll be taking a look at the critically acclaimed indie film, Christine. The film is a haunting portrait of Florida newscaster Christine Chubbuck, whose 1974 on-air suicide shocked millions.

Rebecca Hall gives a mesmerizing performance as Chubbuck, whose dreams of success soon come into conflict with her stubborn integrity. As disappointment piles upon disappointment in both her personal and professional life, she sets out on a dark path. While speculating on Chubbuck’s death, Christine also honours her life by envisioning the woman she may have become.

Accompanying the film will be a panel discussion focusing on women in the media world moderated by Katie Jensen of CANADALAND (full list of panelists TBA). There will also be prizes to win, drinks to be drunk, and mingling with other cinephiles, comedians, and feminists!

Bechdel Tested Presents “A Raisin in the Sun,” Co-Presented By Nightwood Theatre