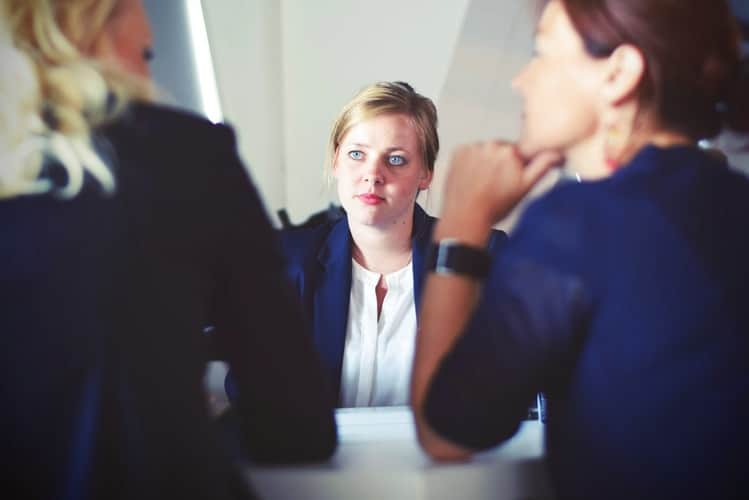 It’s Not You, It’s The Workplace: Busting Myths About Conflict Among Women At Work

There is a misconception that women are inherently antagonistic toward each other at work. Andrea S. Kramer and Alton B. Harris, authors of a new book—IT’S NOT YOU, IT’S THE WORKPLACE—say this isn’t so.

The book rejects the notion that women’s same-gender workplace conflicts are due to some internally motivated tendency to be competitive with, jealous of, and hostile toward other women. Instead, they argue that these conflicts are rooted in two bias-driven workplace dynamics—the obstacles to career advancement women encounter simply because they are women, and the misunderstandings and stereotypes they face in working with women whose social identities are different from their own—be it because of race, ethnicity, age, sexual orientation, or parental status.

We asked them about the book this week.

SDTC: In IT’S NOT YOU, IT’S THE WORKPLACE, you tackle this common notion that women can’t seem to get along with other women at work. Is there any truth to this statement?

AK & AH: Women certainly think there is a problem. The real issue is why women seem to have such difficulty establishing strong, mutually supportive same-gender relationships at work. Based on our social science research, along with both our own proprietary study and our hundreds of interviews with professional women across the country, we found that women are not inherently antagonistic toward other women. In fact, the opposite is true, women are far more likely to want to be supportive of other women.

Women do have conflict at work. Some of their conflicts are the same as men’s conflicts—tensions, disagreements, hostilities—and some are distinctive conflicts. But the distinctive same-gender conflict is not because women are inherently mean-spirited towards other women but because they are navigating highly gendered workplaces, workplaces led and controlled by men and dominated by masculine norms, values, and expectations. Being an “outgroup” having to fight for advancement when they have fewer opportunities and resources than the men sets up conflict between women. It is our opinion, women/women conflict is much more about the workplace than the women.

What is a gendered workplace?

A gendered workplace is a workplace where career advancement largely depends on being “like” the people that hold the power, the “ingroup.” Since in most cases today, this is men, it means women and men are not dealt with, evaluated, compensated, or promoted in the same ways. Women are subject to the stereotypes and biases held by the ingroup. Women and men may have similar educational backgrounds and may start their careers with similar ambitions, abilities, and expectations. But because women are a distinct outgroup in gendered workplaces, they experience more formidable career-advancement obstacles than do men. Their opportunities for career-enhancing assignments, projects, and responsibilities are far more limited than men’s, and their ability to achieve a satisfactory balance between their careers and their personal lives is far more difficult than it is for men.

In your book, you explore gender norms that put women into “stereotype straitjackets.” What are gender “norms” for women? How they operate in gendered workplaces?

As we discussed above, people generally think women should be communal—that is, unselfish, friendly, modest, deferential, empathetic, cooperative, and concerned with others. By contrast, people generally think men should be agentic—that is, independent, assertive, forceful, unemotional, decisive, competitive, and risk-taking. Communal and agentic characteristics are often (incorrectly) believed to be non-overlapping, contrasting qualities, so people generally think women should not be agentic and men should not be communal. Those are gender norms. The issue is that in today’s gendered workplaces, the typically espoused definition of leader is aligned with male norms. The “stereotype straitjacket” is the bind women are in when they want to establish themselves as capable leaders. If a woman behaves agentically, she is often shunned by both men and women, but if she behaves in line with the gender norms, she is not seen as a talented, capable leader.

How can women overcome the biases in gendered workplaces and succeed?

Gendered workplaces can be difficult to navigate even for the most talented, hardworking, and ambitious women. But by being aware of the biases that exist and how they manifest themselves and by then embracing a combination of attitudes and impression-management techniques, women can avoid or overcome the potentially career-destroying pressures of gendered workplaces. We talk a lot about this in our first book, Breaking Through Bias, but fundamentally it is a combination of grit, a positive perspective, and a coping sense of humour coupled with a variety of communication techniques that women can use to overcome or avoid these biases that can derail their careers.

You talk about the “sisterhood” in In IT’S NOT YOU, IT’S THE WORKPLACE. If you’re feeling isolated at work, how can you find or build this sisterhood?

While sisterhood can be spontaneous and ad hoc, an effective and sustained workplace sisterhood depends on some sort of purposeful association, network, or community of women. It is important to note that sisterhood is quite different than friendship. A sisterhood involves nothing more than the recognition that when women work together, rather than competitively, they are a stronger, more effective force for their mutual advancement. Sisterhood is about mutual support, not intimacy; cooperation, not confidences; shared purpose, not shared feelings. Professional sisterhoods can be under the umbrella of professional networks, affinity groups, employee resource groups (ERGs), or commercial networks.

When looking to find or build a productive sisterhood, think about focusing on outcome over output. Output offers services to individual members that purportedly will help them advance in their careers. Outcome seeks to make systemic changes that broadly remove career disparities. Don’t limit yourself; look beyond your organization to your broad network, absolutely seek out a mentor, and carefully assess how you can better stand up for other women. If a woman is interrupted or ignored in a meeting, don’t let it pass. You can build a sisterhood one woman at a time.

How does what you’ve found relate to the #MeToo movement? Have things really changed since the 1950s perception of woman at work?

Certainly women have made important gains, but they still lag far behind men in virtually all major leadership roles.

The statistics are all too familiar.

What is also discouraging is that a recent Boston Consulting Group study found that men age 45 and older, that is, those commonly with decision-making authority in corporate environments, generally fail to appreciate the obstacles that women face in hiring, retention, and advancement. Indeed, only 25 per cent of older heterosexual white men see unique obstacles for women in the workplace. We have also seen discouraging studies involving millennial men who exhibit significant biases about working for or with women. The road for ambitious women is still hard and there is no evidence that we will age out of it with the upcoming generation of leaders.

Specifically, with regards to #MeToo, although an important movement for giving women their “voice,” there has been some unfortunate backlash. A 2018 survey by Leanin.Org found that since the start of the #MeToo movement, almost half of male managers are becoming uncomfortable participating in common work activities with women such as mentoring, working alone, travelling, and socializing together. With so many more male than female managers, when men avoid, ignore, or exclude women from interpersonal exchanges, women lose access to leaders, mentorship and sponsorship opportunities at all stages of their careers.

So short answer, yes and no.

So, what can we do individually to make things better? What can organizations do to attack workplace bias?

Each topic above addresses what we can each do to make things better. That is a big focus of the book. We end each chapter with exactly that. Fundamentally it is about being aware of the stereotypes and biases that permeate all of our thinking and from there, having techniques to help us avoid or overcome them. Both of our books do this in different but related arenas. And your question is right; it is a two-pronged issue. What can we each do and what can organizations do?

This is a complex issue, and the last full chapter of the book tackles this exact issue. In a summary, we would say it is imperative that organizations recognize both gender and affinity bias. They are at the root of our gendered workplaces. Education and training have their place, and we also fully espouse Daniel Kahneman’s notion of slow thinking as well as the concept of blind auditions in order to reduce the effects of bias.

Directly related to this book, women will always have workplace conflicts with other women, just as men will always have workplace conflicts with other men. But, if the affinity and gender biases inherent in gendered workplaces are remedied—and women have the essential but difficult conversations with other women about their identity biases—we believe we will be able to stop talking about women’s distinctive, same-gender conflicts and focus simply on quickly resolving the interpersonal conflicts that all of us have. Here, we can create workplaces that focus simply on talent and not group identity and associated biases that hold women back.