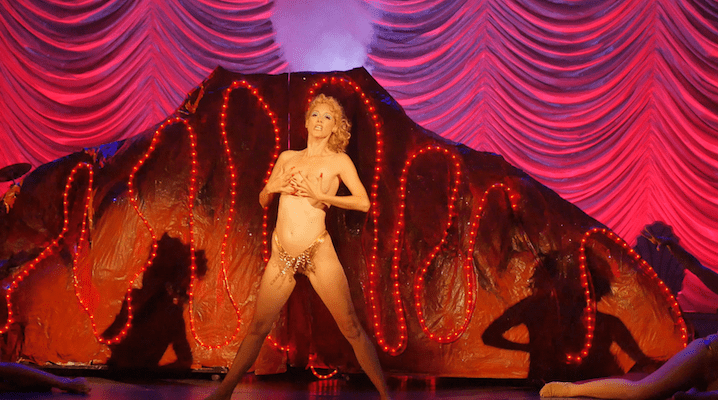 CONTEST: We’re Giving Away a Pair of Tickets to “You Don’t Nomi” at Inside Out

DYK that the cult classic Showgirls was once considered a notorious flop?

You Don’t Nomi traces the redemption of Paul Verhoeven’s 1995 film, once scorned with a record thirteen Razzie Award nominations. When it was first released, Showgirls was panned by critics and audiences alike. More recently, we’ve begun to question our initial dismissal. Maybe, Showgirls is actually…great?

You Don’t Nomi brilliantly draws on archival footage and thoughtful commentary to chart the film’s eventual rise to a more favourable notoriety. Leaving no stone unturned, we relive many memorable scenes from Showgirls, while digging deep into the film’s darker side. It will not surprise anyone that many of the people interviewed onscreen are gay, including well-known super fan Peaches Christ.

Is it a masterpiece or pure garbage? This documentary answers the very important question: can’t it be both?

We’re kicking off Pride Month by offering one lucky reader a pair of tickets to Inside Out‘s screening of You Don’t Nomi at TIFF Bell Lightbox on Friday, May 31. Trash or treasure, it’s up to you to decide!

TWITTER: Tweet “I am dying to know the story behind Showgirls – @shedoesthecity and @InsideOutTO, send me to #YouDontNomi #InsideOut19”

Find the full Inside Out schedule here.

Tags: Showgirls, The Inside Out Festival, You Don't Nomi