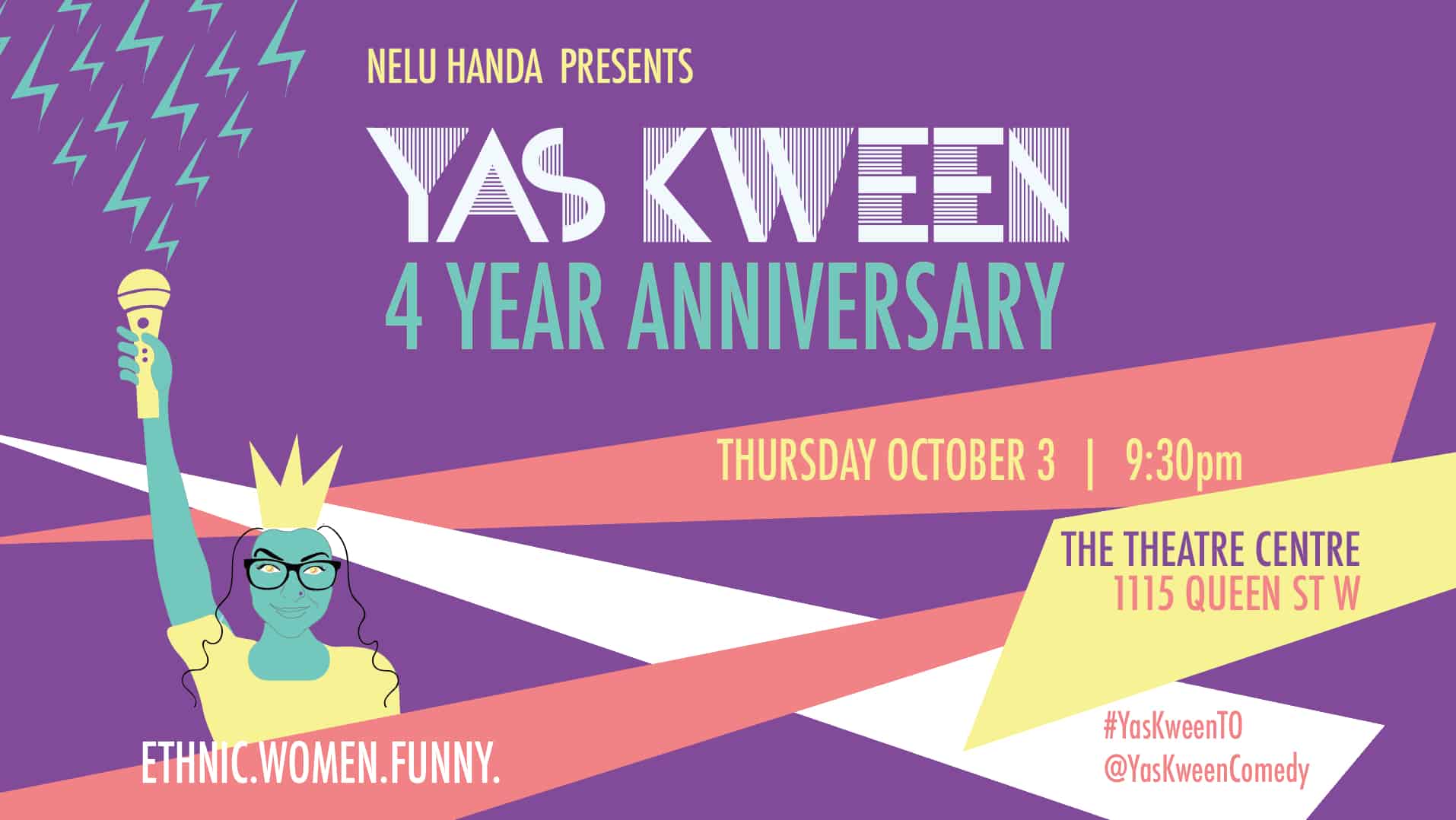 Yas Kween, the city’s LONGEST-running monthly show featuring comedy by WOC, are celebrating their 4th anniversary, and we want you to come with!

This promises to be a sidesplitting evening of stand-up, sketch and improv with some of the funniest women in the biz, including Hoodo Hersi, Daphney Jo, Sima Sepehri, The Kweendom, and more. Hosted by the creator of Yas Kween, Nelu Handa (Workin’ Moms, Baroness Von Sketch Show, The Beaverton), the 4th anniversary show will be bursting at the seams with love, laughs and good vibes all around. It’s the best ticket in town!

Yas Kween 4 Year Anniversary comes to The Franco Boni Theatre (1115 Queen Street W) starting at 9:30 p.m. Grab your tickets here. Feeling lucky? We’ve teamed up with Yas Kween to gift a pair of tickets to a lucky reader. Here’s how to enter: