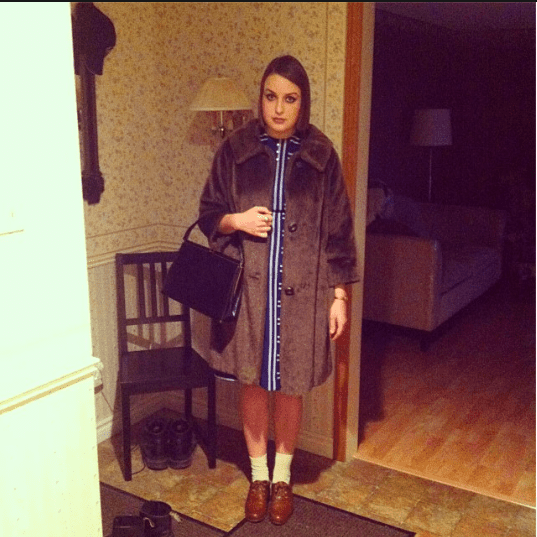 How to Cop Out Of Halloween

Halloween is fun as an adult for three important reasons: 1) we can go to haunted houses without our parents’ permission, 2) every TV station airs at least one scary-movie marathon for the week leading up to and including Halloween, and 3) we can buy all the candy we want and we can eat it for dinner, too.

1. Go to a Halloween party dressed as yourself
You’re right: this is the very worst thing you can do at any costume party regardless of holiday, but that’s exactly why you go for it. By being the world’s biggest buzzkill, you have cemented yourself as the worst person to invite to anything. Now, you will not only never be invited to any event involving creativity, any costume you do wear (if you ever change your mind about Halloween) will seem like an award-winner. An Oscar among Grammys. A Meryl among mere mortals. Even if you show up and say you’re Daniel Day-Lewis as yourself, you’ve probably just won the costume competition. (Bonus points if you are Daniel Day-Lewis, for real.)

2. Insist on calling it “All Hallow’s Eve”
I can confirm that nothing sucks the fun out of Halloween like referring to it by its Christian name. I can also confirm that after calling it “All Hallow’s Eve” and following it with, “I’ve got something special planned,” nobody will ask what it is, and nobody will try to talk you out of it. Even typing this paragraph has made me think of you as a dude in a ponytail who’s been sketching tombstones when you should’ve been reading this. I’m weirded out, and I’m in charge of these words. So allow others to think the same, then spend Halloween weekend doing anything but Halloween stuff since that was your plan ALL ALONG (and also, you’ve probably alienated everyone around you).

3. Get prematurely stoked on Christmas
“What are you doing for Halloween?” they will ask you. “Oh, I don’t know!” you’ll answer, super enthusiastically. “But it’s less than two months to Christmas, so I better snap to it!” Snap to WHAT? Who knows: you have officially been uninvited from any Halloween party since you’ve established yourself as a Christmas fanatic who all ruin any and all parties by dressing up like a tree. No thank you. The best part? All you need to do to sell this is simply be aware of how calendars work. I mean, Christmas is less than two months away. You’re just excited about facts, and it’s not your fault that was read into incorrectly. [WINK]

4. Say, “I hate Halloween…”
It works, and it implies that there’s a terrible memory that everyone is now afraid to ask you about. Sleep well, for the weekend is yours.

5. Tell everybody “it’s allergies”
There was always one person growing up who couldn’t do anything because of their allergies, and why mightn’t it be you? “I can’t,” you would protest, “Allergies.” To this day, I still have no idea what those allergies are, or how those allergies could prevent anyone from going to the mall. But in retrospect, I now understand that they just didn’t want to go to the mall and needed a confusing method to deliver said madness. Another option: “I haven’t been feeling the best.” And of course you haven’t been feeling the best. We’re tired and getting old and our default setting is “almost on the cusp of illness, always.” True friends will call you on this, but acquaintances? They’re scared of disease. Let them “wish you could make it” and then go to the movies alone in peace.

Have a spOoooOOOOooooky night in, everyone! You earned it!

Tags: Featured, Halloween, Halloween Advice, What To Do When You Hate Halloween