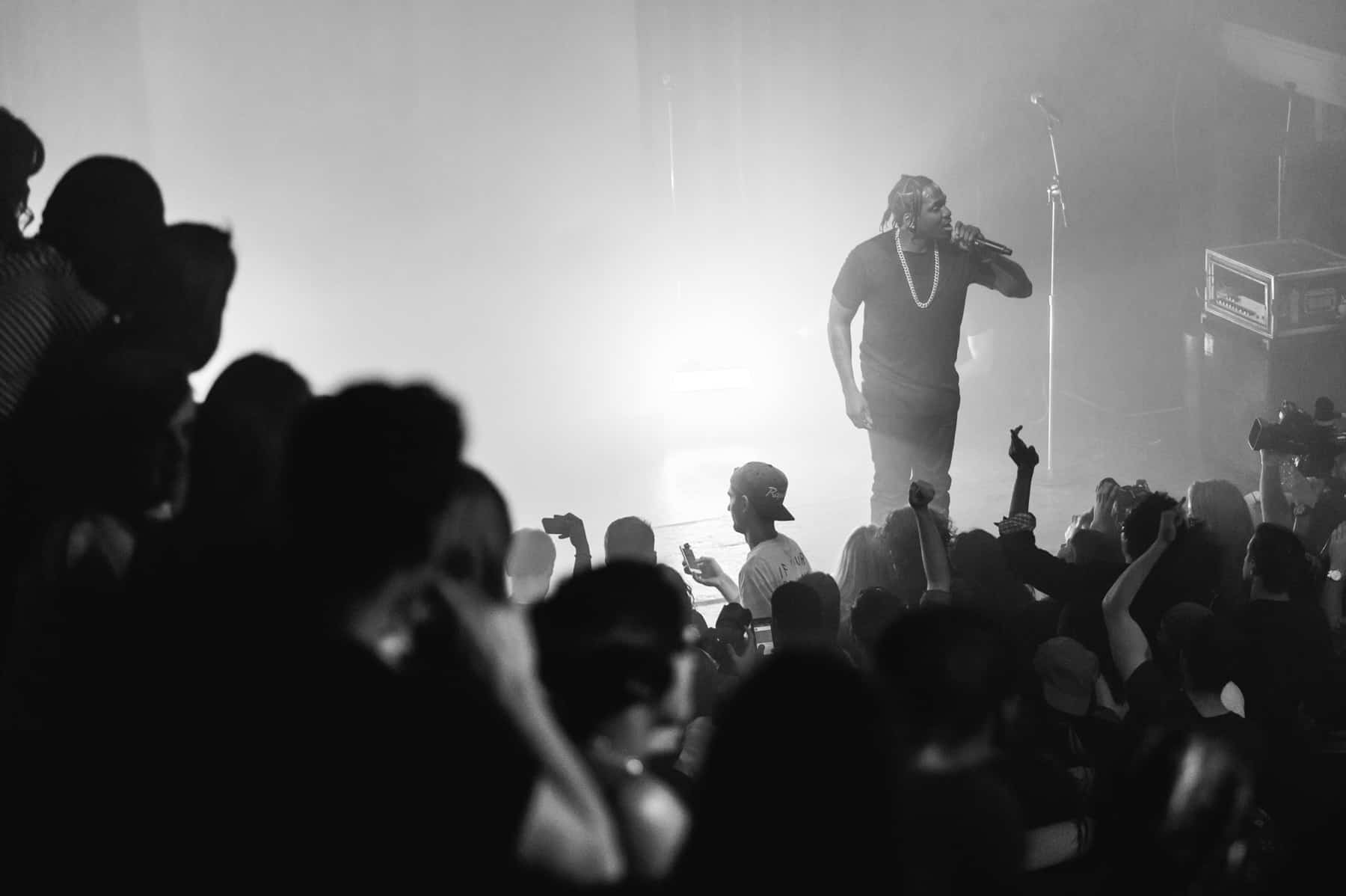 When Daily VICE asked me if I would be interested in attending a hologram party at The Great Hall, I dropped everything and said yes. Hosted by FIDO and Daily VICE, the night kicked off with a block party lineup down Ossington, as wide-eyed party goers stood patiently waiting for the sold-out show to start. Hologram parties don’t come by too often in Toronto (like never), and fans of headliner, Pusha T, would have happily waited all night in the freezing cold to see him. The mood was electric, and fans braved the cold in anticipation for the kettle chips and booze awaiting us in The Great Hall. I knew it was going to be good.

Showered in smoky blue lights, Push T played the crowd with an energy that turned the concert hall into a supernatural party rave. Hands and iPhones in the air, those who did make it into The Great Hall danced in a tribal rhythm that vibrated from the front of the crowds to the smoke-filled back. Chanting the lyrics to his latest anthems from Darkest Before Dawn, it was a scene filled with hologram-loving, hip-hop jiving, sing-a-long, beat boppers shouting and cheering between favorites like “Don’t Like,” “Untouchable” and “Crutches, Crosses and Caskets.” Bat shit cray is the only way to describe it.

But the night didn’t end with Pusha T. Our friends at Daily VICE and FIDO outdid themselves with a special live hologram performance from Eric Andre, tag teamed with Toronto party rockers OBGM and Sean Leon. Mixed with booze, chips and corn dogs, it’s easy to say the party blew the roof off of the newly renovated Great Hall. In good spirits and a hype that felt like a midnight high, Pusha T’s hard rock cover of Travis Scott may be the best thing that has ever happened, like ever. It was wild.

Special thanks to Daily VICE and FIDO, a collaboration that made history on the night of January 28th. Don’t feel jealous enough? Scroll through and see the pictures yourself on Instagram by searching #DVHologramParty.