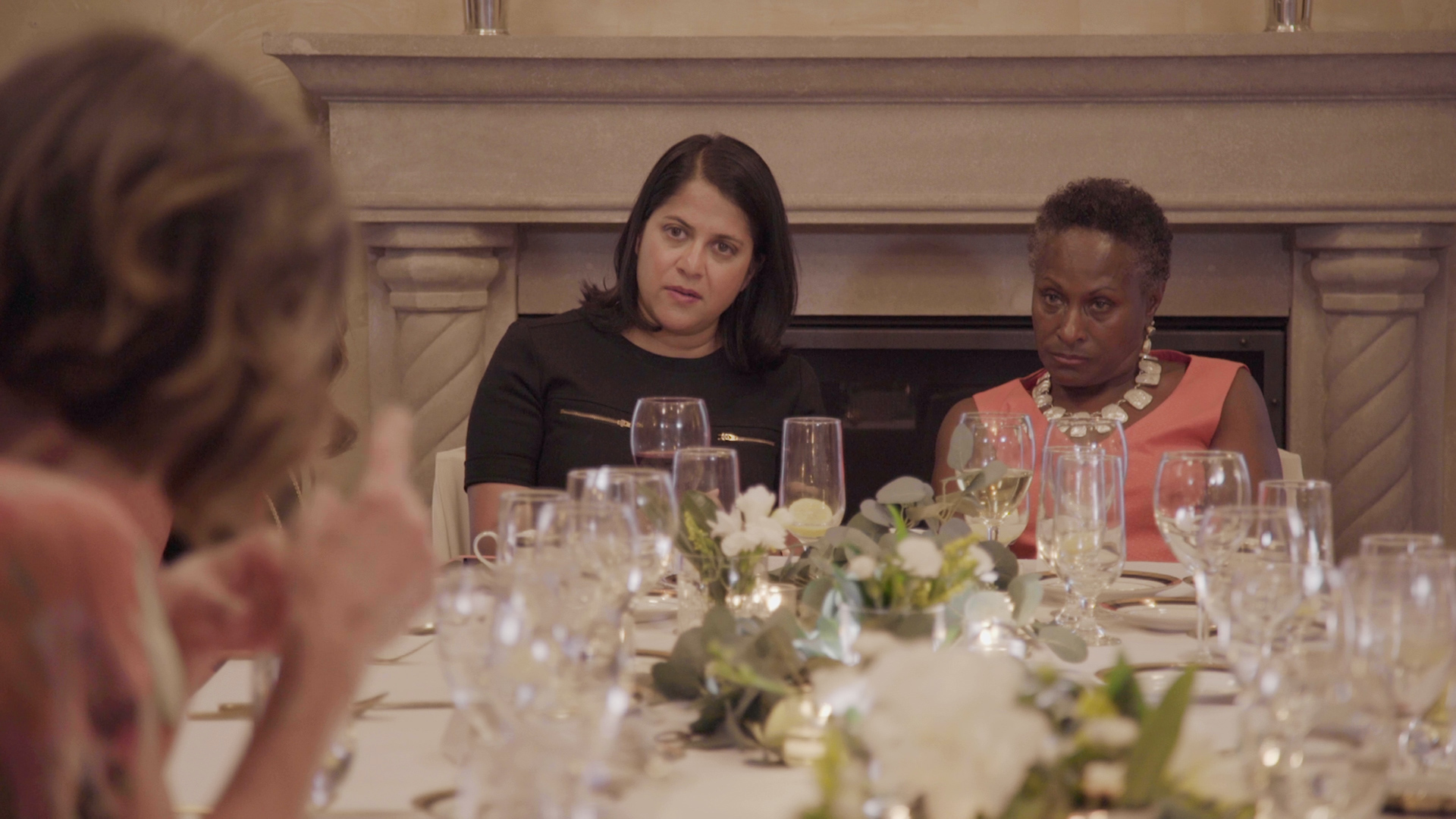 "We focus our work on self-identified liberal white women who believe they are not racist—not everyone is willing to pay money to be told they’re racist."
Film

Deconstructing Karen was one of the buzzier titles that premiered at Hot Docs this past spring, igniting lively discussion everywhere. We’re glad to see that the award-winning film, about Regina Jackson and Saira Rao’s powerful anti-racism work, is arriving to CBC Gem on Sept 23rd. It’s a must-watch doc for anyone who claims to be an ally.

The film gives audiences a clear view into a Race2Dinner event, an experience created by Jackson and Rao, where white women pay money to attend a dinner party where they are asked to examine their role in upholding white supremacy. Tense and difficult conversations emerge as Jackson and Rao assist the women in confronting and understanding their racist attitudes.

“Race2Dinner experiences require white women to participate in very direct, exceedingly difficult conversations. It is not for the faint of heart. It is tough, vulnerable, and full of emotion,” says Jackson. For some guests, there are epiphanies. For others, there is resistance. But for all the women, something changes, and they can never unknow the painful truths revealed over dinner.

Jackson and Rao started Race2Dinner in 2019. Their mission remains steadfast: to initiate radically honest conversations that enable people to acknowledge, understand, and take personal responsibility for stopping the harm done to ourselves — and to each other. “There is no better place for honest conversation than at the dinner table. After three years, we can safely say that breaking bread together helps to facilitate conversations around white supremacy, racism and xenophobia.”

Their efforts have caught the attention of many, including actor Anna Paquin, who was quick to sign on as an Executive Producer for Deconstructing Karen. “We white women can and must participate in dismantling racism, but first we need to look at ourselves and how we contribute consciously and unconsciously to systems of racism every single day. Passivity and ‘good intentions’ change nothing,” says Paquin, who describes the film as “urgently needed”. 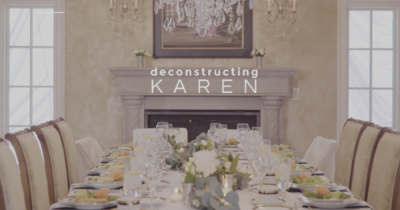 The Race2Dinner target demographic is specific and strategic. “We focus our work on self-identified liberal white women who believe they are not racist—not everyone is willing to pay money to be told they’re racist. We believe this population is the most likely to create real change in their friend groups, their families, and their work environments, but before they can do any of that they have to see their own personal racism and that is harder than it sounds for most white women,” explains Jackson.

In 2020, The Guardian did a fantastic piece on Deconstructing Karen, sharing about the types of women who eagerly pay thousands of dollars to host and/or attend a Race2Dinner. “The women who sign up for these dinners are not who most would see as racist. They are well-read and well-meaning. They are mostly Democrats. Some have adopted Black children, many have partners who are people of colour, some have been doing work towards inclusivity and diversity for decades. But they acknowledge they also have unchecked biases.”

In a world that continues to uphold systematic racism everywhere, Jackson and Rao’s work is groundbreaking and their approach yields results. Deconstructing Karen arrives to CBC Gem on Sept 23 and is an uncomfortable must-watch.

To encourage you to host a viewing party, we’ve launched a contest on our Instagram. Pop on over and see what it’s all about.

"We focus our work on self-identified liberal white women who believe they are not racist—not everyone is willing to pay money to be told they’re racist."