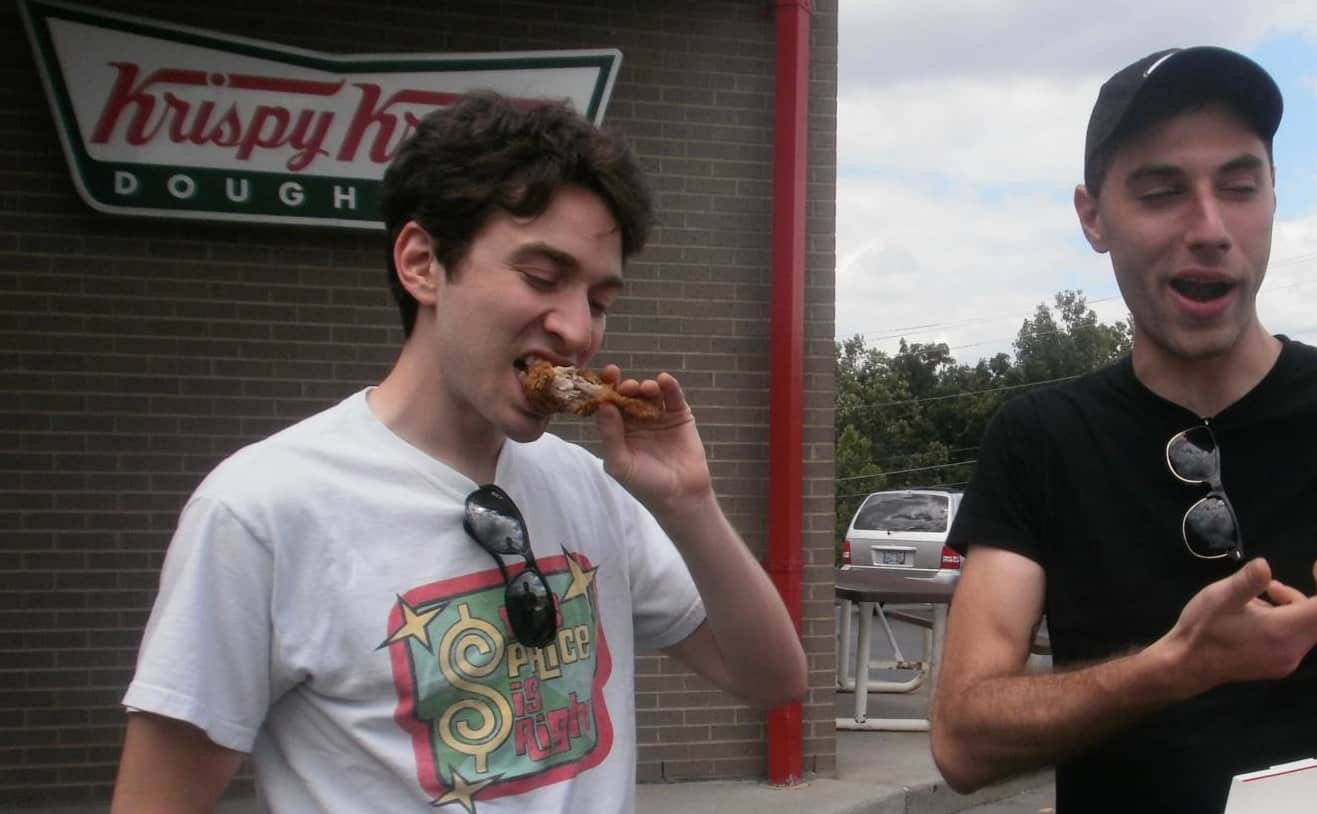 DJs Micehal and ElektroTank tell us about their Guilty Pleasures: End of the World party happening this Friday

When the world (potentially) ends this Friday, December 21, what would you most like to be doing? Dancing to all those guilty pleasure songs you shamelessly love alongside others who love them too, right?! Guilty Pleasures is a monthly party that happens on the 3rd Friday of every month at Holy Oak (1241 Bloor St. W.) where you’ll hear an eclectic mix of party favourites, forgotten classics and current bangers all in the name of worry-free good times. This Friday, resident DJs Micehal and ElektroTank (Michael Keshen of The Neighbourhood Watch and Eytan Tobin of ElektroTank and The Cautioneers) are throwing a special Apocalypse edition. They gave us the scoop on what you can expect that night and moving forward into the new year (if the world survives, of course).

SDTC: First off – when, where, and why was Guilty Pleasures born?

Michael: Eytan and I happen to be in bands that have mutual friends and that extends to a large network of musicians and artists who live downtown. We realized one day in conversation that we have both DJ’d in the past and really wanted to keep doing so. We decided to book a one-off night at Holy Oak for our friends this past summer because we had been to Holy Oak before and loved the easy-going, no-stress vibe there. It was our kind of club without all the negative aspects of a club, so we thought it’d be perfect for our little dance party. After that night, Holy Oak offered us a residency and boom!

What 5 words best sum up the party?

Tell us about your End of the World party!

Eytan: Since we started the event 6 months ago, we began picking up speed and gathering a following. The 3rd Friday of this month happens to fall on the end of the Mayan Calendar (secret: Michael and I don’t believe the world will end) so we decided to close 2012 with a bang. We don’t want too give too much away but we’re going to have a drink special called “New Beginning” (inspired by Tracy Chapman) and we’re going to have a surprise at 11:59. That’s when the world is supposed to end and at that point we’re going to change Holy Oak in an instant.

Can you give us a teaser of three songs people are likely to hear that night?

Michael: “Rhythm is a Dancer” by Snap

Eytan: “Get Busy” by Sean Paul

We saw Skrillex at Bonnaroo this past summer and he played that song. The audience was going bananas. We love sneaking in weird songs like that into our sets and watching people react to them.

What guilty pleasure song gets you every time?

Michael: “Informer” by Snow. People love that song but haven’t heard it in years because for whatever reason no one plays it anymore, so it’s always exciting to see people light up when I play it.

Eytan: “Thong Song” by Sisqo because I know all the words. One of the lines is “she dumps like a truck,” just saying.

What does 2013 hold for Guilty Pleasures?

Michael: Each month the event gets bigger and lots of new people are coming out, so we’ve been really trying to make each month special for our crowd, whether this means improving the sound, drink specials, lighting, etc.

Eytan: We also will be continuing to feature guest DJs that, in addition to being good friends of ours, are also amazing musicians and artists that bring their own tastes and influences, which also helps make each event unique.