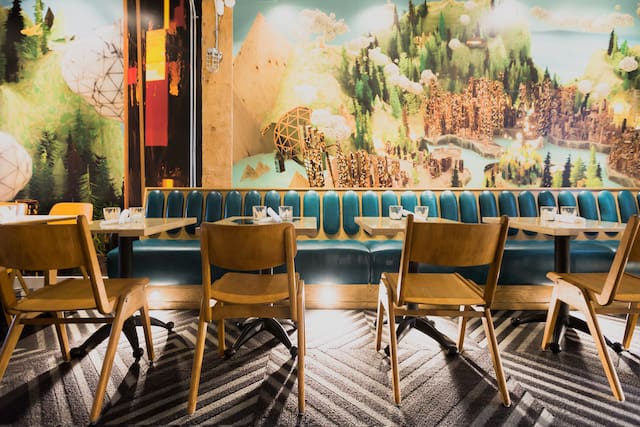 Drake Commissary: Where You Want To Be This Summer

We are nearing the end of a hands-on tour of the new Drake Commissary at 128 Sterling Road and watching Chris, one of the bartenders, shake up three featured cocktails. The most impressive of these is his take on a whiskey sour, which uses Gooderham & Worts Canadian Whiskey (made with all four whiskey grains: corn, barley, wheat and rye), ginger syrup instead of simple syrup, carrot juice instead of lemon juice, and frothed chickpea water instead of egg whites. “It’s vegan,” Christ says, smiling, as he finishes the cocktail off with some dried thinly sliced carrots. 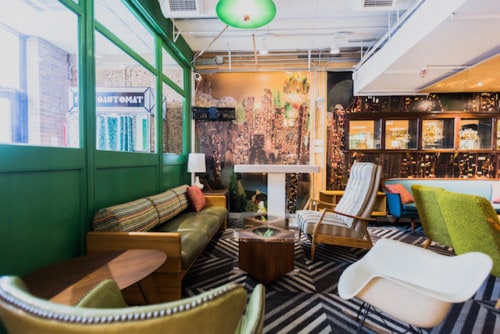 The atmosphere of The Drake Commissary’s new space is original, homemade and personal. The 140-person seated dining area and 40-person seated patio area furniture is sourced mostly from Brimfield Antiques Market. It is gorgeous   and comfy as hell. As I finish up my Queen St. Sour, I realize I am a little tipsy (its very whiskey-forward). I could sit here all afternoon in this tufted leather chair. Hell yeah, I was almost drunk at noon on a Tuesday. 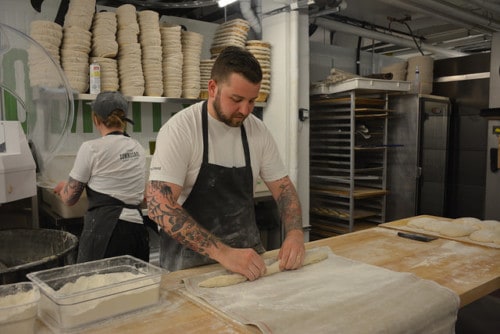 While the design is striking and worthy of praise, the most impressive part of The Drake Commissary has to be their commitment to making things from scratch. Everything from charcuterie to dessert is made by the hardworking and inspired folks in the kitchen. The glass wall separating the dining area from the kitchen emphasizes this and invites diners to observe the preparation of their food. Through the glass wall, you can see the magnificent bread oven, the room for proofing bread (inside which the humidity can be adjusted electronically), the walk-in charcuterie fridge, and the stainless-steel countertops upon which the bakers work. 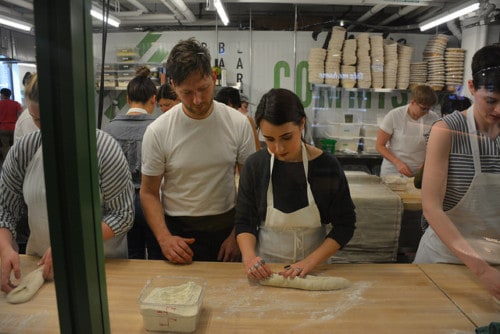 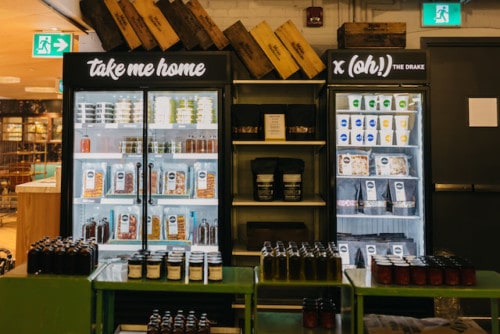 We had the opportunity to witness a fraction of the hard work that goes into crafting an experience at The Drake Commissary: Chef Jonas Grupiljonas and his team had prepared cuts of (pre-risen) baguette dough for us to roll out into a baguette shape and throw in the oven. We all watched Noah, one of the bakers, demo how to roll out the dough with such grace and expertise and then proceeded to awkwardly poke at ours until they looked (sort of) like his. 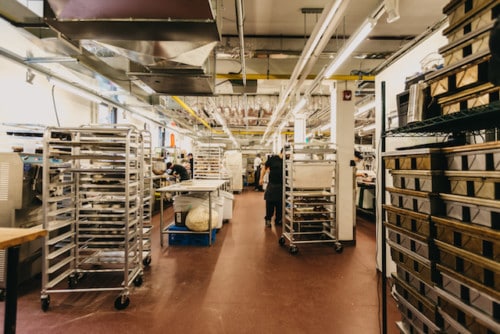 While the baguettes (made from local wheat flours, including about 15% sourdough) were rising in their final shapes, we moved to the pastry kitchen to put the finishing touches on some truffles made from 70% cacao, which had been filled with a ganache of Ontario strawberry, Ontario balsamic, and white chocolate. We were fortunate enough to be able to take both of these things home to share (or not).

The Drake Commissary opened yesterday,  so head out to 128 Sterling Road for on-the-go/take-home items like The Drake’s freshly baked bread, pasta, pasta sauces or make a night of it in their dining area. You won’t regret it. 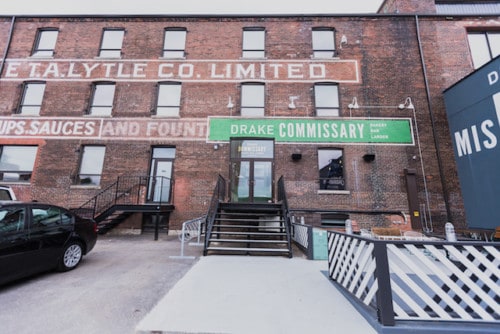