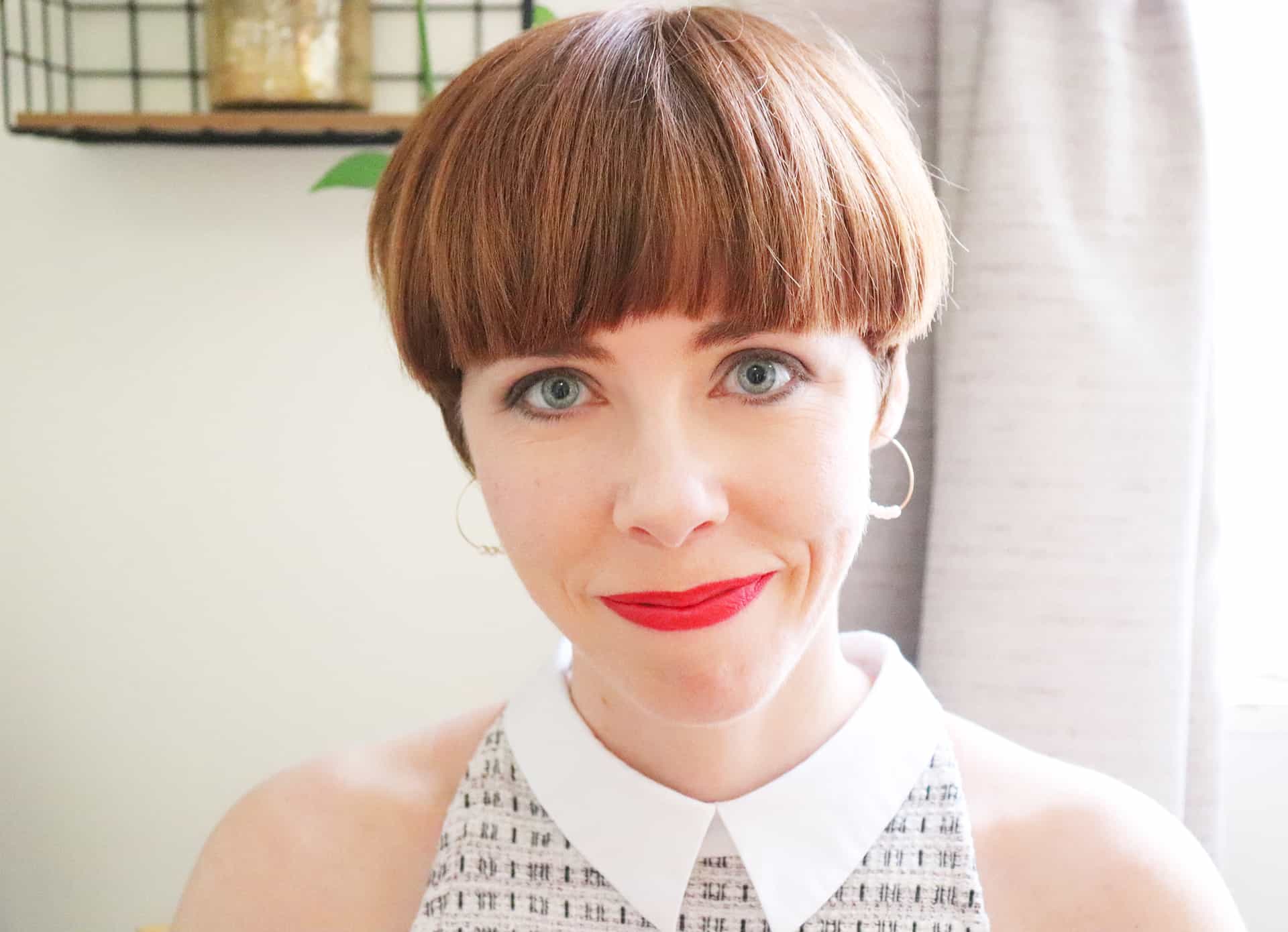 Luba Magnus is a comedian, illustrator and animator who combines the three in a stand-up comedy show that’s hosted and run by original cartoons.

After debuting last November, Drawn Up is returning to Comedy Bar. The show features six stand-up comedians, and instead of a live host, the show is run by animations and short cartoons created by Magnus. The show is one-of-a-kind experience you won’t find ANYWHERE else.

We asked Magnus about how she got her start in animation/comedy, and how the show came to be.

LM: My education started in 2004 at Laurier, where I took film theory. Years later I went back to Humber College to major in video editing and minor in effects, where I learned the software that I now use to animate. I began work in post-production and creative departments in marketing agencies as a motion designer. Through that I was able to pitch a pre-show bumper to Cineplex, a fully animated segment that aired in all theatres around Halloween. That experience led me to work at Toronto’s 9 Story Media Group as an animator on the second season of Peg + Cat, and shortly thereafter, I was hired on contract at CBC Kids to help create motion design elements for their new brand. That was a very exciting experience. Currently I work as a freelancer as I try to balance work with stand-up comedy, which is definitely a challenge!

When did you first get interested in doing comedy? What about animation?

I was first interested in actually doing comedy back when I was in university around 2006. I’d always been a fan of stand-up, but it wasn’t until I discovered a much weirder brand of comedian that I actually thought, “Oh! Yeah, I can do that.” I’m a big fan of Kristen Schaal, Eugene Mirman, etc.

Animation was something I pursued more organically. My intent was to become a video editor, because I really liked creating my own comedic shorts. But, in a turn of events, I ended up much more enjoying the VFX software we used in school (Adobe After Effects), and with that I taught myself animation through online tutorials. It’s certainly an untraditional way to animate, but I love the freedom it gives me to play with 3D elements, and it’s very designer-friendly. It’s kind of funny, the whole reason I pursued these interests in the first place was because of comedy, and now I use those skills to support it.

So, what’s your fave cartoon of all time?

Cloudy With a Chance of Meatballs. Strange that it’s so recent, but I’m a huge fan of pretty much anything Phil Lord and Chris Miller have a hand in. Cloudy With a Chance of Meatballs is colourful and eye-catching, the animation is so over-the-top funny, the voiceover actors are perfect, and the script is pretty surreal for a kid’s movie. I’m obsessed.

Walk us through your process to creating animations for Drawn Up.

Creating the content for Drawn Up ultimately takes a couple of months. First I write the scripts, find comedians who would like to be involved with voiceover, schedule recording times (or have the VO sent to me), illustrate the cartoons, find/cut the audio, and finally animate. The first Drawn Up show, including the hosts, featured twenty-three short animated segments. My goal was to keep the pace really zippy. This time I’m trying to streamline it a bit by using animated bumpers etc. to make it feel more like a real television show. But overall, the most challenging aspect as the sole creator of the show is finding time!

What do you love about using animation as a medium for comedy?

I love using animation as a medium for comedy because there is no limit to what my imagination can create, which can otherwise be difficult to manifest through stand-up. I could base my ideas on the moon without leaving my desk if I wanted to! I also love that it’s allowed me to collaborate with tons of creative people who want to help with the show. The amount and level of talent we have in Toronto is unreal, and having some of my favourite people help bring these ideas to life has been really amazing.

I was explaining the show to a friend the other day and they said, “It’s so strange to have a comedy show described as ‘nice!’” But that’s really what it is. A group of really hilarious stand-up comedians, supported by some goofy, weird, cute, funny cartoons. Ultimately I’d love to be able to take the concept on the road, and I’d be thrilled to have more freelance work come in as a result. But really, I just want everyone to have fun!