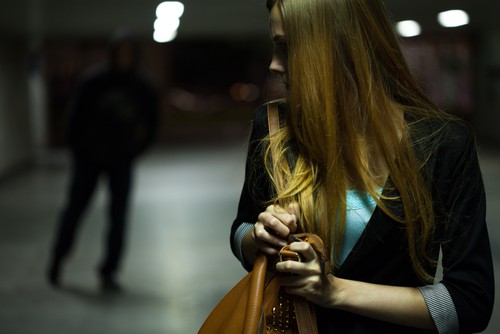 We Will Not Be Easy Targets: The Hacksaw Incident

Last Sunday around 11:00 p.m., a 27-year-old woman was attacked with a metal hacksaw. She was grabbed from behind and forcefully dragged backwards near Brock Ave. “You are coming with me,” her attacker said. “You are going to die.”

The scream that followed was described as “bloodcurdling.” Fortunately, two quick-thinking men driving by heard the panic in the woman’s voice and jumped out of their truck to help her. With the hacksaw left behind on the road, the attacker ran away into the dark. Since then, the city has been left with the reality that a man who threatened to kill a woman with a fine toothed saw could now be hiding somewhere in the the west end. And there’s not a whole lot we can do about it.

What makes this incident stand out from the hundreds of daily calls of reported violence to the Toronto police is the attacker’s choice of weapon. For many, a hacksaw is reminiscent of Hollywood horror films. The sharp brittle edges and potential for visceral injury are real, there is an unpredictability to it.

While the details of the hacksaw incident are shared amongst friends, women in Toronto are left in a state of shock. The perceived safety of the neighbourhood has changed. The quiet strip of Little Portugal is now stained by the ‘hacksaw incident’. It’s a frank reminder that women are “easy targets” to street violence. But does this mean we should be forever fearful? Paranoid to walk alone past 5 p.m. in the freezing dark? Second-guessing the decision to walk instead of cab a few blocks because it’s cheaper?

In North America, our street safety is driven by prescriptive ‘words of wisdom’ – stay inside after dark, don’t walk alone, let everyone know where you are at all times. But let’s not become prisoners to these infantilizing restrictions. Use the place (Little Portugal) and time (11:00 p.m.) of the incident to contain the fear into facts and learn basic self-preservation. Here are a few to start: