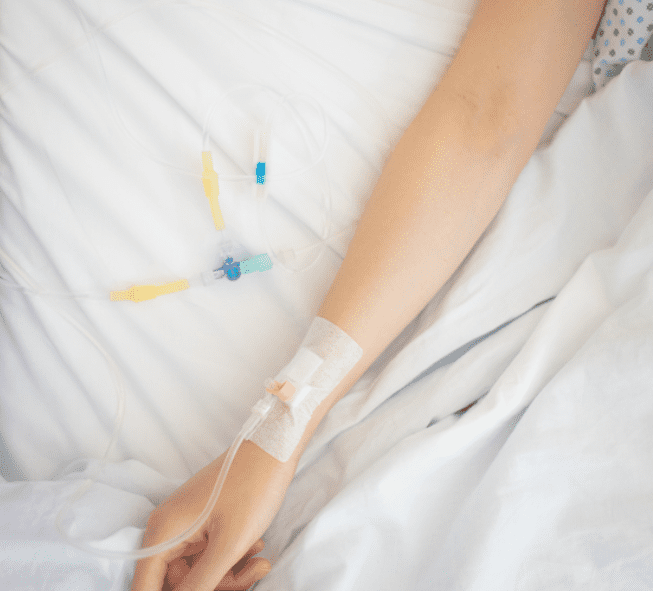 When Claire Burns donated her eggs as a university student in 2004, she didn’t realize that there were no long-term studies on the effects of egg donation. “I thought I could ‘give the gift of life,'” she says. “That’s what prompted me. And the money too.”

After going on birth control to sync up her cycle with that of her intended parent, Burns was given Suprefact shots for eighteen days, followed by a “trigger shot” right before the retrieval date. Her ovaries moved into overdrive–she had twenty eggs retrieved. (The recommended maximum retrieval amount is eight to twelve eggs–the Canadian average is thirty-five). While Burns was getting her eggs taken out, her recipient was in the lobby below, handing her friend a manila envelope stuffed with $4000.

When Burns started the process in 2003, the donation was a bit more clear-cut. She would be given a cheque from the clinic for her expenses. Then the Assisted Human Reproduction Act was introduced, which made it illegal to pay for eggs or sperm in Canada. “It started with the process being really transparent,” says Burns. “Then it was stuffed back into the closet once the act came in.”

“Personally, I think it’s a similar legislative framework to sex work,” she explains. “So as a sex worker, I can get paid, but purchasing the sex work–that’s illegal. As a result, that leads to a lot of backroom deals. In the US, it’s more of a free market economy for eggs. In Canada, we don’t really have brokerages, so often times, donors and intended parents have to negotiate with each other, off the record. I think that can lead to people being taken advantage of–on either side of the transaction.”

When Burns was unable to get pregnant a few years later, she wondered if the donation process had affected her ability to conceive. She started a blog about her experience, connected with another egg donor, and We Are Egg Donors was born.

“Egg donating is incredibly isolating, the way they set up the system,” she says. “I had been trying to get information about egg donor support groups. The response from the industry was basically, ‘Egg donors don’t need support groups. You’re not the ones who are trying to get pregnant and can’t.'”

Because clinics are privatized, the government can’t oversee what’s happening. “When a clinic says, ‘We have lots of data–our donors are safe,’ why should we believe this? Because I’m getting a whole slew of other anecdotal data on our forum,” says Burns. What she’s hearing are complaints about Ovarian Hyperstimulation Syndrome, chronic issues with hypersensitivity, difficulty conceiving and more. “There are tons of horror stories.”

Burns has turned her energies towards advocacy work for women’s health. “There has never been any longitudinal studies on egg donation, ever. This is basically human experimentation that is going on under the guise of reproductive technology. There’s no informed consent. There’s no regulatory framework for egg donation because there’s never been any long-term tracking. If my doctor says there are no long-term side effects, it’s because no one’s ever studied it.”

She would like to see more federal leadership in terms of pushing the provinces to develop a code of standardized care within the privatized clinics. “There’s definitely this ethos in the industry: Once we’ve got the eggs out, see ya later. I’m trying to enshrine the safety and security of the egg donor.” Burns has met with Health Canada as a national policy consultant on the issue and is working ardently to have a standardized level of care (and aftercare) instated.

In the meantime, she works to support other women via her secret Facebook group–a safe space where egg donors connect about anything and everything related to egg donation and women’s health.

Alexander–the child conceived as a result of Burns’ egg donation–would be around thirteen years old now. She still wonders when she sees a kid his age on the subway if that may be her egg-child. “I don’t regret donating at all,” she reflects. “But knowing what I know now, I wouldn’t do it again. We can’t turn back the hands of time. We just have to make it safe for everyone involved.”