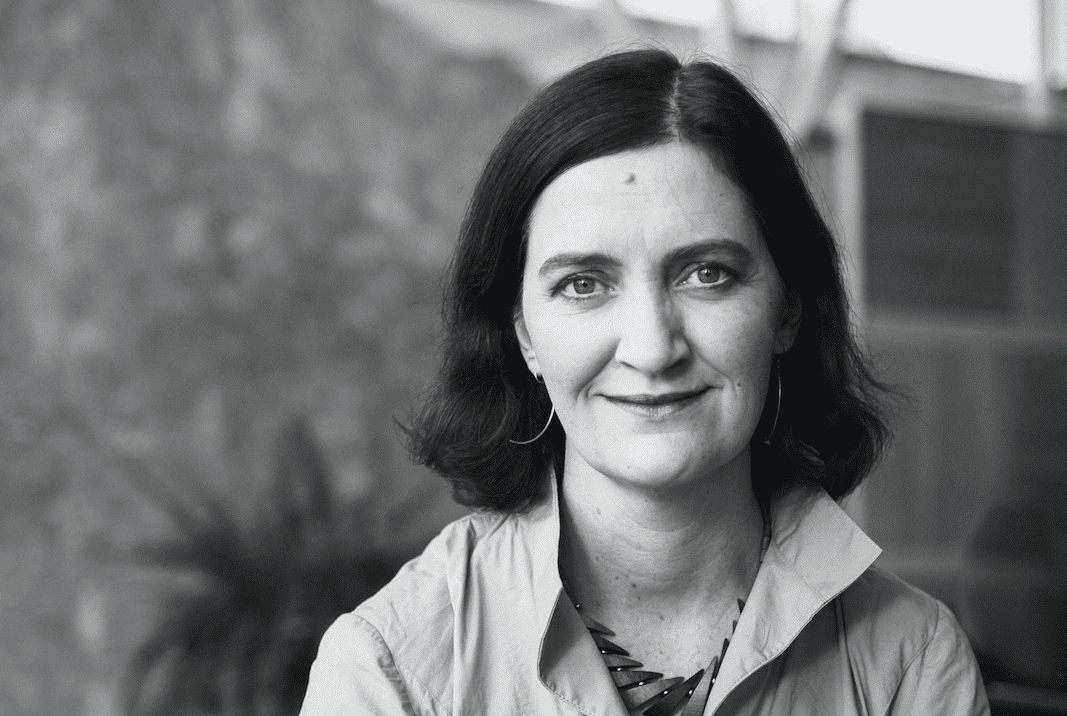 We caught up with the New York Times-bestselling author to talk about her Giller Prize-shortlisted novel, the screenplay that earned her an Oscar nomination, and the secret to her success.

Emma Donoghue left her native Ireland over twenty-five years ago, but you’d hardly know it from listening to her speak. At the International Festival of Authors held at Harbourfront Centre last month, Donoghue’s lyrical Irish accent came into its own as she read from her latest novel The Wonder—a historical fiction set in rural Ireland in the late 1850s. The book tells the gripping tale of Anna O’Donnell, a young girl who appears to be thriving after months without food.

Set just a handful of years after Ireland’s great famine, in which a million Irish people perished and a million more emigrated, the story of this fasting girl is a riveting tale of misguided love, religious faith and familial shame. It was inspired by almost fifty cases of so-called Fasting Girls who were hailed in their communities and the media for surviving (apparently) without food.

“I am always fascinated in writing about someone who is powerless,” says the forty-seven-year-old writer from home in her London, Ontario. “[The Fasting Girls] were a fascinating combination of the powerless and the powerful.” In Donoghue’s iteration, Anna O’Donnell, an eleven-year-old peasant in an Irish backwater, is elevated to the heady heights of celebrity and even deity. In this historical fiction, Donoghue explores themes like religious zealotry, eating disorders, and the cult of celebrity, all of which resonate loud and clear in today’s society.

Fans of Donoghue’s 2010 novel Room will be pleased that her latest offering makes no departure in terms of pace. The Wonder unfolds at a break-neck clip, making this book one of the most un-put-down-able of the year. It was shortlisted for this year’s highly coveted Scotiabank Giller Prize, but lost to Madeleine Thien’s Do Not Say We Have Nothing. Donoghue is no stranger to literary success however: Room was shortlisted for the Man Booker and Orange Prize and won the Rogers Writers’ Trust Fiction Prize, the Commonwealth Prize and a host of others.

It was her screenplay for the film adaptation of Room that led to her most high-profile success to date. The screenplay—the first Donoghue had ever written—earned her an Academy Award for Best Adapted Screenplay (the film was also nominated for Best Director, Best Picture and Brie Larson won Best Actress for her role). To the shock and horror of many in the movie biz, Donoghue actually wrote the screenplay “on spec” (read: without any promise of payment) before the book was even released.

“I just thought it was a good way to prove myself, given that I was an untried screenwriter,” says Donoghue. “And that way, I could write it without anyone telling me how to or not to, out of the public eye.”

Indeed Donoghue retained much more control over the movie’s direction than if the film’s producers had hired on as a screenwriter. It bears mentioning that if Donoghue had not attached herself to the project early on, the job of writing the script would, statistically speaking, most likely have fallen to a male writer. According to a recent report by the Center for the Study of Women in Television and Film, female screenwriters wrote just eleven per cent of 2015’s films. This gender inequality in Hollywood has not escaped Donoghue’s attention.

Donoghue started out life in Dublin, the youngest of eight (yes, eight) children. In her early twenties she moved to the UK to study and in 1997 received a PhD from the University of Cambridge. A writer of poems from her early years, Donoghue began work on her first novel at the ripe old age of nineteen and by twenty-three had secured a two-book deal with Penguin. Her career has gone from strength to strength since.

“I think I’m intelligent about running my career,” she says. “I make five-year plans for myself. I know this sound like Stalin, but you can get so wrapped up in the details of any one project; I think it’s very good to step back and be your own kind of advisor.”

On her most recent fame (and, one assumes, fortune) Donoghue maintains “there’s an element of fluke in writing about something that captures the zeitgeist the way Room did. I know so many novelists who don’t make enough to earn their living and they’re just as good as me.”

Along with talent, hard work and perhaps a dash of good timing, the key to Donoghue’s success may lie in her remarkable productivity. As well as penning nine novels and an Oscar-nominated screenplay, Donoghue has written five short story collections, a biography, a number of non-fiction books and has written extensively for the stage and radio.

“Trying out different genres keeps it really entertaining,” says Donoghue. “I think boredom or staleness is the real danger when you’ve been doing this for a quarter of a century as I have.”

When she’s not writing, Donoghue spends time with her partner, Chris Roulston, a professor of women’s studies and feminist research at Western University; and their children, Finn, 12 and Una, 9.

Her children are excited for her next venture, The Lotterys Plus One, her first foray into fiction for readers ages eight to twelve. The story centres nine-year-old Sumac Lottery and her six siblings, four parents and five pets, all of whom live in Toronto’s very own Parkdale.

As for what’s next on Donoghue’s Five Year Plan, only time will tell.