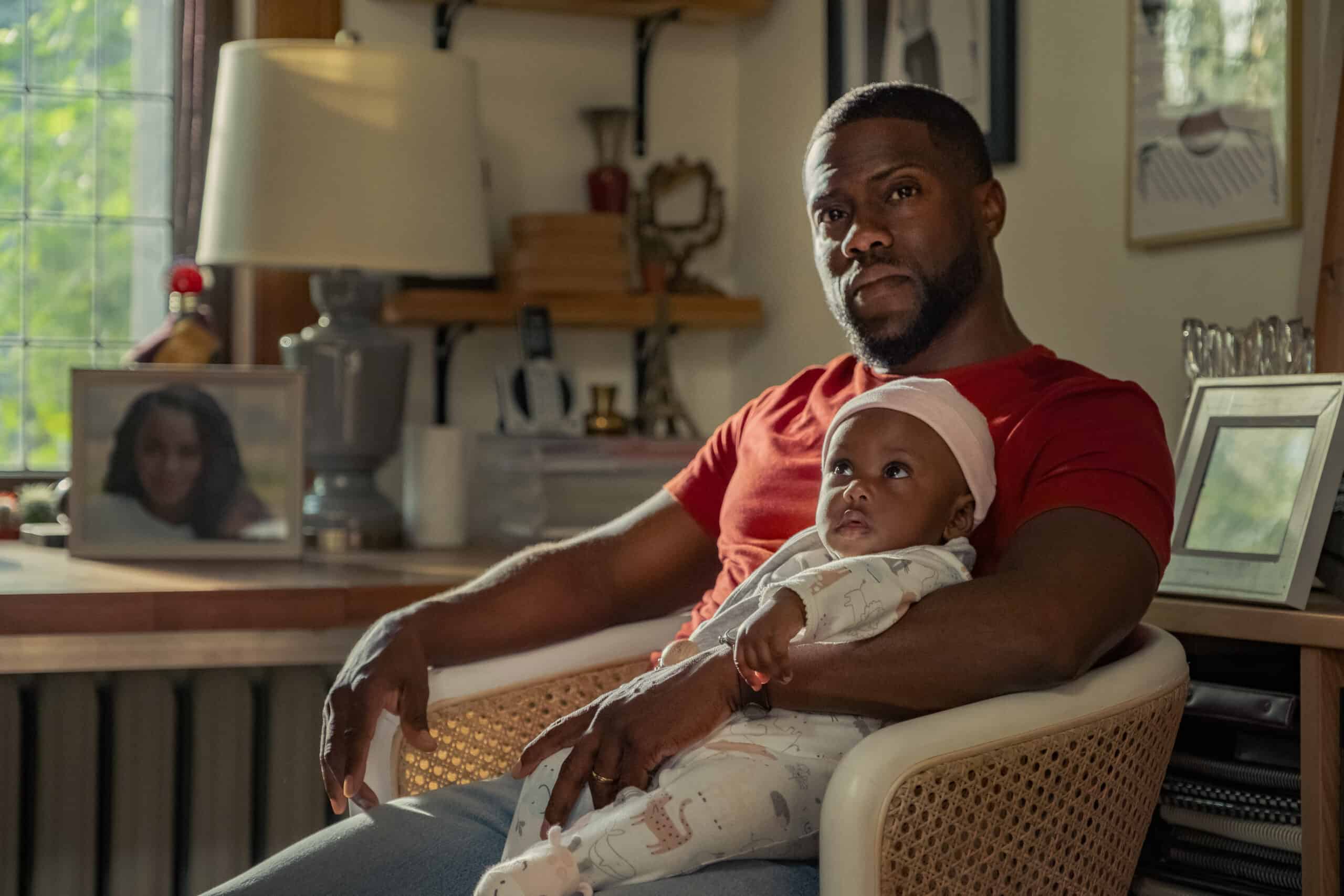 Father’s Day has snuck up on us yet again, and I know many people are feeling taken by surprise. In a year where time has felt fake, who can keep up with dates on the calendar? If your dad already has every colour of tie available, or if you’re simply looking to save some money why not give him the gift of quality time? Out on Netflix on June 18, Fatherhood is perfectly timed to watch with your dad after you’ve (hopefully) made him a nice breakfast.

This is the latest Kevin Hart vehicle where Hart is flexing both his dramatic capabilities and his making-me-cry capabilities. Helmed by Paul Weitz (About A Boy, American Pie), the film follows Matt (Hart) as he is forced to raise his newborn daughter alone following the death of his wife. Without even having a crib built Matt must now unexpectedly navigate sleepless nights and dirty diapers alone.

Based on the memoir Two Kisses for Maddy: A Memoir of Loss and Love by Matthew Logelin, the film presents fairly standard melodrama with the expected Kevin Hart spin. Poop jokes abound and Matt’s two goofy friends Oscar and Jordan (played by Anthony Carrigan and Lil Rel Howery, respectively) are on hand for comedic relief. Lil Rel Howery, in particular, had me laughing as he usually does in his roles as the right-hand man. The movie can be heavy in emotional manipulation, but even my cold jaded heart wasn’t totally above being warmed.

I enjoyed seeing a dark-skinned Black family portrayed on screen. I also thought Melody Hurd did a great job as Maddy; she was smart and precocious without being too precocious (the baby version of Maddy was also absolutely adorable).

By the end of the film, however, I was left with far more questions than fuzzy feelings.

To start on a superficial note, when the film jumped ahead from Maddy being a baby to her being a fully grown kid it really bothered me that Matt was struggling to do her hair. This man has been a single father to a female child for almost ten years and he can barely manage a ponytail? I wanted to jump into the TV and deep condition her hair myself.

The film also seemed to be attempting at times to make some points about the way society sees fathers, especially single fathers. Whether or not it was successful is still left to be seen. In the early days after his wife passes, his mother-in-law (played by Alfre Woodard) expresses doubts that Matt can raise his new daughter on his own. The script was so heavy handed with this that it came off as unrealistic to me; who would ask a father to essentially give his daughter up? This continued when Matt decided to attend a support group for single parents. The mothers assembled first think Matt is in the wrong place and then attempt to turn him away by saying that the group is for mothers before being corrected by Matt. This moment also didn’t ring true to me: surely a group of single mothers wouldn’t refuse help to a single father? I haven’t experienced this but it seemed unbelievable.

The movie was an interesting look at Black fatherhood, and I loved the way we saw Matt creating his own support system, but the script took a few too many shots at mothers in order to prove that fathers are valid.

Some scenes depicting Maddy’s school life also left me scratching my head. Matt and Maddy are frequently scolded by Maddy’s strict Catholic school for the fact that Maddy insists on wearing pants to school instead of the kilt. Similarly, there is a moment when Matt and Maddy are shopping and Maddy selects boys boxers to more feminine underwear saying she prefers them. I saw this, at first, as Maddy trying on a more fluid gender expression. However, the film presents this as Maddy evidence that Maddy is too masculine and requires a mother figure in her life. This is never really expanded on, though. Would having a mother make her enjoy skirts more? *Kanye voice* I guess we’ll never know.

Despite its just okay-ness, Fatherhood is a mildly sweet movie to watch with the father figure of your choosing. Perhaps you’ll get your own tips on parenting or maybe you’ll just end up wondering why Matt gets poop on so many things while he has to change diapers. Either way, Happy Father’s Day!