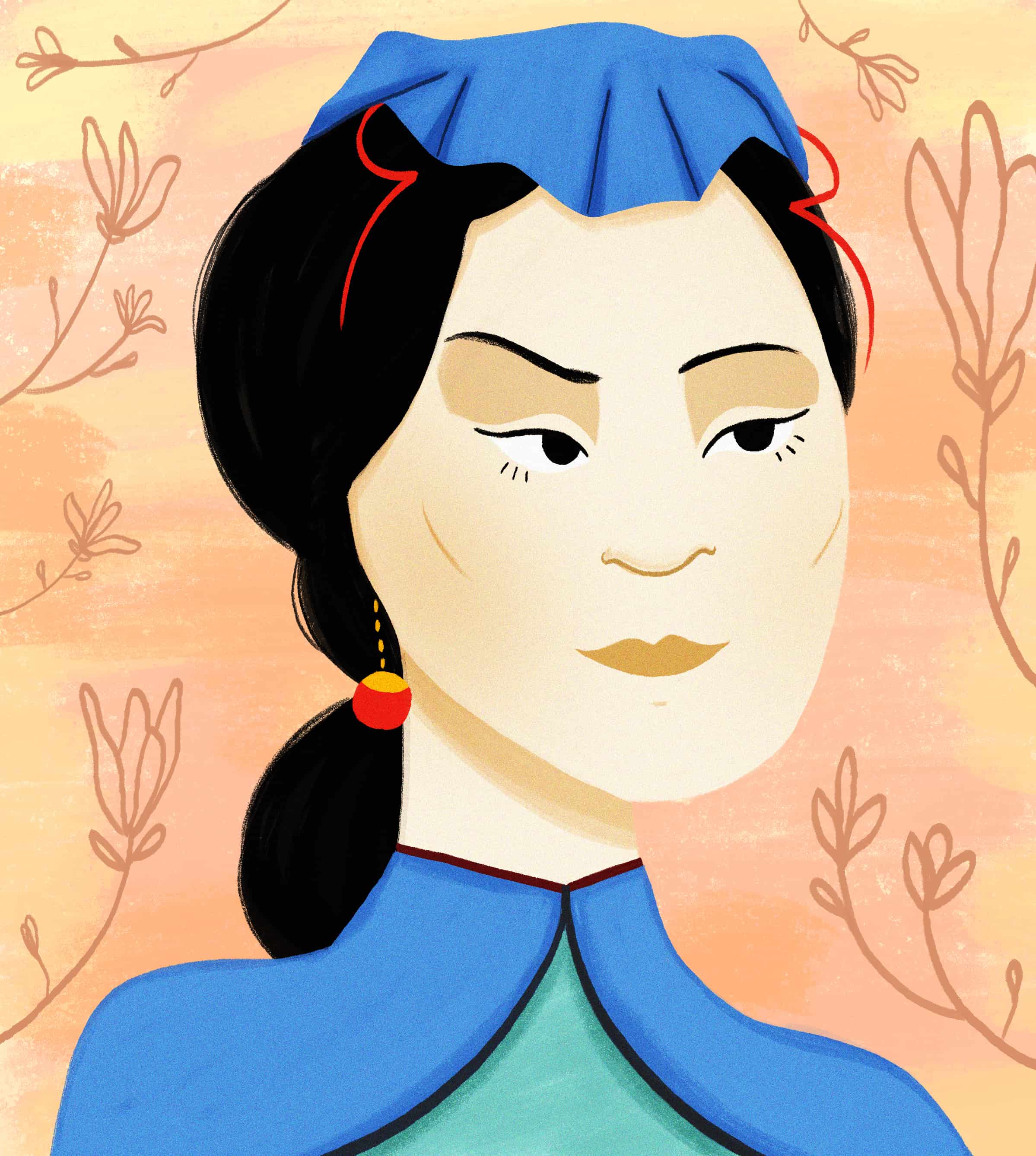 Did you know the most badass of all Disney princesses was based on a real-life lady? A flesh and blood woman who participated in non-cartoon battles? Her story starts in ancient China, in the fourth or fifth century of The Common Era. While it’s hard to be certain of when she lived, we do know that her story has been inspiring women for centuries.

Hua Mulan was a fearless heroine who fought for what she wanted, literally. She was a Renaissance woman centuries before the Renaissance even happened. As legend has it, Mulan’s father was a soldier who wasn’t down with the traditional gender norms of the day. So while Mulan’s mom taught her the beautiful arts of weaving and embroidery, her dad schooled her in fencing and martial arts. Thanks to this progressive upbringing, our girl M. could do pretty much anything. Skills like archery or horseback riding were typically seen as men’s work, but Mulan’s awesome parents were early adopters of gender-fluid parenting. They realized their daughter’s potential was in no way limited by her boobs. That’s more than I can say about many parents today.

Because she was prodigious, Mulan didn’t simply practice martial arts for fun; she also read her father’s war manuals in her spare time. She was an autodidact who literally taught herself the art of military strategy (kind of like how Bill Gates taught himself to code as a kid).

Hua Mulan’s schooling in the art of war came in handy. When the Emperor declared war on the Northern tribes pillaging Southern China, it was finally Mulan’s time to shine. You see, the Emperor was so determined to win the conflict that he required all men, no matter what their health or age, to report for duty. But by this time, Mulan’s father was ill and elderly. Not wanting to lose him in battle, Mulan decided to take his place, sort of like Katniss did for Primrose in The Hunger Games.

At first, Mulan flew under the radar, passing successfully as a man. But things got a lil complicated when she started vibing with Jin Yong, a hunky fellow soldier. Eventually, Hua Mulan trusted Jin Yong enough to confide in him about her secret identity as a woman. Not surprisingly, these two hotties desperately wanted to get married, but that wasn’t possible as long as M. was living as a man. Yep, heteronormativity was always super annoying.

Despite the dramz in her personal life, Hua Mulan continued fighting like a pro. She acquitted herself so well that she was actually promoted to the position of general! In case you’re not familiar with military terminology, a general is to the military what Kris Jenner is to the Kardashian family.

Now that she had climbed to the highest rank possible for a soldier, Mulan decided to reveal her true identity. She basically said, “I’m going to show everyone who I really am. YOLO!” In an awesome display of girl power, Mulan then headed out to the battlefield dressed up in the most overtly feminine clothes she could find. How did the dudes in her army react? According to the legend, they were surprised, but in a good way. Her comrades in arms were all, “Damn! Who run the world? Girls!” Well, in reality they probably didn’t quote Beyoncé lyrics, but I’m sure they would have if Queen Bey had been around back in the day.

Inspired by their fearless leader, Hua Mulan’s troops handily won the battle. And Hua Mulan’s status as a badass woman warrior was cemented. The Emperor himself was so impressed with Hua Mulan, he rewarded her with riches and accolades. But being a humble sort of human, all Hua Mulan requested was a horse to ride home on.

Sadly, Mulan’s homecoming was not as joyful as she hoped it would be. Upon arriving back in her village, she learned her father had passed away during her years at war. Her sacrifice had not saved him. And to make matters worse, Mulan was haunted by the death and destruction she’d witnessed on the battlefield. According to legend, the psychologically wounded warrior took her own life. Yeah, the truth is somewhat darker than the Disney adaptation.

Given that the historical records on Hua Mulan are mostly ancient poems, we can’t be 100% sure when, how, or if she lived. Still, many scholars of Chinese history believe the tale of this fearsome female warrior is rooted in reality. I, for one, believe she was real; it’s better to live in a world where we women believe in role models like Hua Mulan than one where we dismiss them as fiction.

Hua Mulan is sort of like the Chinese version of King Arthur, but way cooler, because we all know King Arthur owed most of his success to Merlin. You know, that magical wizard who essentially worked as his medieval Hype Man/personal assistant.

While the legend of the great Hua Mulan does not end happily, its heroin provides us with a textbook example of tenacity. Mulan was a brave woman who understood her own capabilities. She didn’t care that a sexist society thought she wasn’t equal with men. She disregarded the misconception that women weren’t strong enough to fight, and she proved her ancient world wrong by leading an army to victory.

There are so many different ways to be a woman, and Hua Mulan proves that one of them is to be a freaking warrior. In the end, that’s why her story matters so much to me. Women need not be limited by what men tell us we can and cannot be.

Want to know more about Hua Mulan? Check out these resources:

The Ballad of Hua Mulan: The Legendary Warrior Woman Who Brought Hope to China
The True Story of Mulan – Ancient Chinese History for Kids
The Real Story Behind Mulan