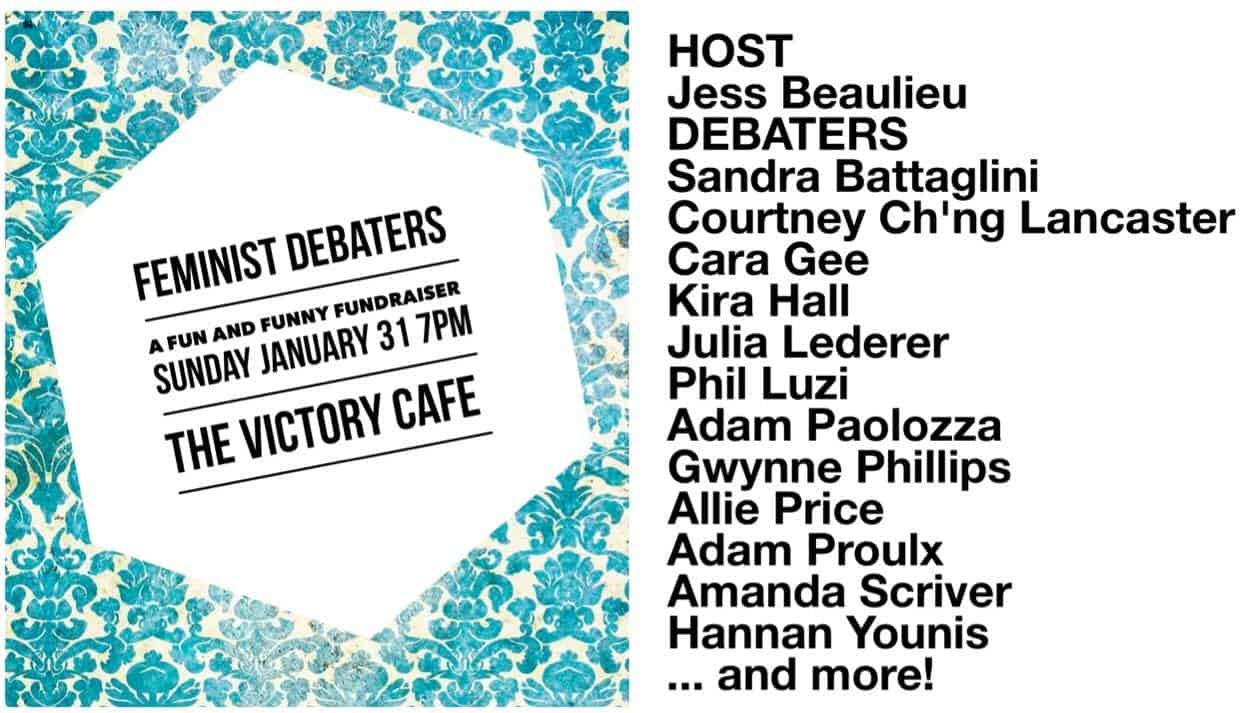 Hosted by the one and only queen of feminist comedy Jess Beaulieu (creator of The Crimson Wave and Crimson Wave Comedy), Feminist Debaters is a hilarious and thought-provoking fundraiser that you don’t want to miss!

Inspired by the CBC radio show The Debaters, this event pairs hilarious individuals from Toronto’s theatre and comedy community in a battle of feminist wits! Witness the tongue-in-cheek feminist fun, stay for a beer, and score a deal at our stellar silent auction (includes gift certificates for restaurants and rehearsal spaces, theatre tickets, tarot card readings, and more!).

Feminist Debaters is a fundraiser in support of the premiere of WELL BORN by Celeste Percy-Beauregard, February 25-March 6, at the Artscape Youngplace. Co-directed by Michelle Alexander and Darwin Lyons. Featuring: Nikki Duval, Sophia Fabiilli, Lynne Griffin, and Michael Musi. Produced by SoCo Theatre in association with Truth’n’Lies Theatre.