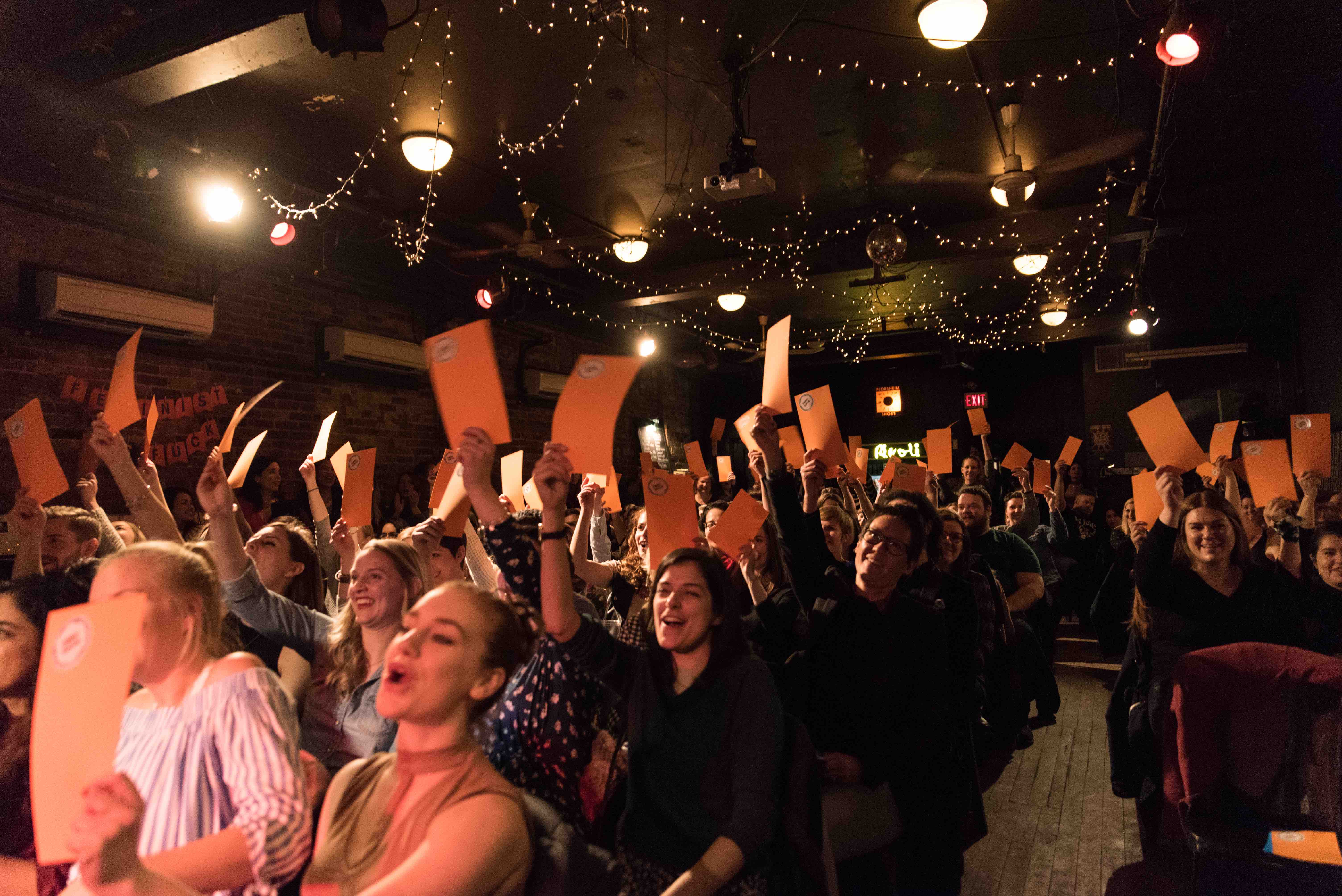 Feminist Debaters returns this month with its fifth and final installment; and they’re gearing up for their most uproarious show yet. Celeste Percy-Beauregard, Sophia Fabiilli and Laura Jabalee Johnston started the event to help raise funds for their theatre projects. “We thought how fun it would be to have this comedic debate based on feminist questions,” explains Percy-Beauregard. “We brainstormed the fundraiser that we wanted to attend, and we made that happen.”

In their first year, a lot of unfamiliar faces showed up. “I learned that a lot of people had heard about the event from their Gender Studies class,” says Percy-Beauregard. “I was a little worried that maybe the event could be misinterpreted, or perhaps it was a different event than they thought it would be. But I was really happy to find out everyone was on board with us, and I feel like everyone had the desire to approach these sometimes serious issues through humor.”

Debaters are introduced to other debaters and are given their question a week before the debate. They’re invited to go it alone, or collaborate. “In the past, a pair of debaters created a rap battle over the question ‘What brand or category of products most consistently let women down through advertising?” It was incredible.” Occasionally, debaters will flip the script: “One time, the question was; What’s worse? Catcalling or mansplaining? The debaters took a tongue-in-cheek approach and ended up arguing in favor of catcalling or mansplaining, which is a fun, sarcastic take,” says Percy-Beauregard. 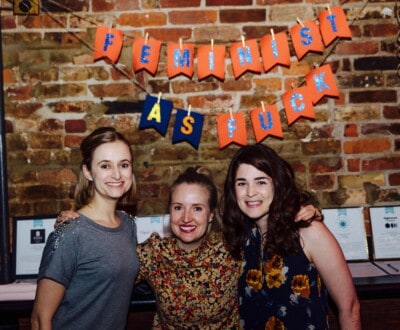 Since the inception of the event, the #MeToo movement took hold, which shifted the scope of Feminist Debaters. “For me, that’s when Feminist Debaters transitioned from a fundraiser to its own event,” says Percy-Beauregard.  “That year [#MeToo happened] we didn’t have a play we were raising funds for, but it felt like there’s no way we can’t do it this year. That’s when we decided to add a community recipient; that year it was the Paprika Festival Playwriting Series. For us, the discussion around the debate questions — there was more of a fire under us. It felt like that year, everyone was extra on-board with coming out and celebrating and making noise.” Percy-Beauregard knows there’s a lot of value that can come with tackling difficult subjects head-on; “I think if you don’t laugh about it, it gets you down.”

Debaters have upped the ante in recent years; from trying to persuade the audience with homemade cookies, to whipping the crowd into a frenzy by chanting about the perils of riding the TTC. This year’s questions have yet to be hammered out, but organizers would love to see a debate sending up the patriarchy in the workplace, or grappling with the shifting identity that comes with new motherhood. Because it’s the last event, they’ve got some special surprises up their sleeves. “I will miss working with Sophia and Laura, the three of us are a great team. I’ll miss celebrating feminism with members of our community. It feels like a time of change for the three of us, so we want to go out with a celebration… Look forward to smashing the patriarchy, with laughs in your belly and a beer in your hand.”

Feminist Debaters comes to the Rivoli on January 26th. Grab your tickets here.